A girl and her (many) pigs

The female equivalent of the sainted Fergus Henderson has to be April Bloomfield who, apart from him, has perhaps done more than any other chef to promote nose-to-tail cooking and eating. And the front cover of her “A girl and her pig” book says it all I think?

Her chapter on cooking “the not-so-nasty bits”, covering the offal so beloved of her, Fergus (and of me, let’s not forget me, eh?) is a sheer delight. 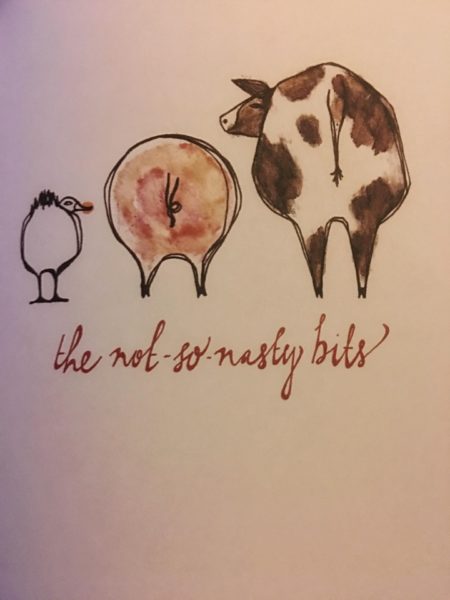 Born in ’74 in Birmingham (that’s England, not Alabama), she grew up it seems from her description mainly on a diet of fried egg and sausage sandwiches and missing her opportunity to become a policewoman (praise the deity!), moved to the USA when she was 30. Just over 12 years later, she now holds a Michelin star at two of her six Manhattan restaurants, The Spotted Pig and The Breslin; apparently numbers Jay Z (who he?) among her best customers and reports that Lou Reed was the only person allowed to have his burger served with onions — you see just how classy she is?

On a trip back to England she was eating at Pitt Cue, met Tom Adams, they started meeting regularly to talk about pork and maybe about collaborating and some years later, after Tom had left London, the fruit of their joint labours opened in July 2016 — Coombeshead Farm, a 66-acre farm near the village of Lewannick, in Cornwall.

It’s a six-bedroom guesthouse in the middle of the countryside, miles from Cornwall’s more well known & popular beach destinations. It seems a strangely quixotic next step for them both.

“Friends and other chefs say we’re crazy,” says Adams, “but this place is fucking badass. It blows my mind.”

But not so strange on closer inspection; all that land means they can raise their beloved Mangalitsa pigs in a great, natural environment and pretty much everything on the plates that they serve cooked over the Aga in the kitchen, straight onto a bench table, is plucked from right outside their door. 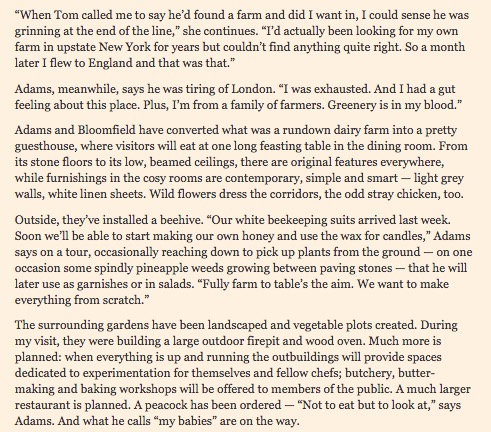 So, again, what are you waiting for? Go and buy her book and start cooking from it. I’ve not been lucky enough to have eaten yet at any of her places but she has a lovely deft touch with her ingredients that makes me almost rush to the BA site and book the flight today to New York. And I suppose it’s cheaper than eating at the farm which costs £160 per night for one person, or £275 per night for two people sharing a double room — but that does include breakfast and dinner!

And one last thing for this week? All you bearded hipsters out there have to remember that not everything you do is new and is often more a “fresh new take on an old meme” <spit>.

Mobile food vans? Paaah. Already done well and back in the early half of the previous century at least! 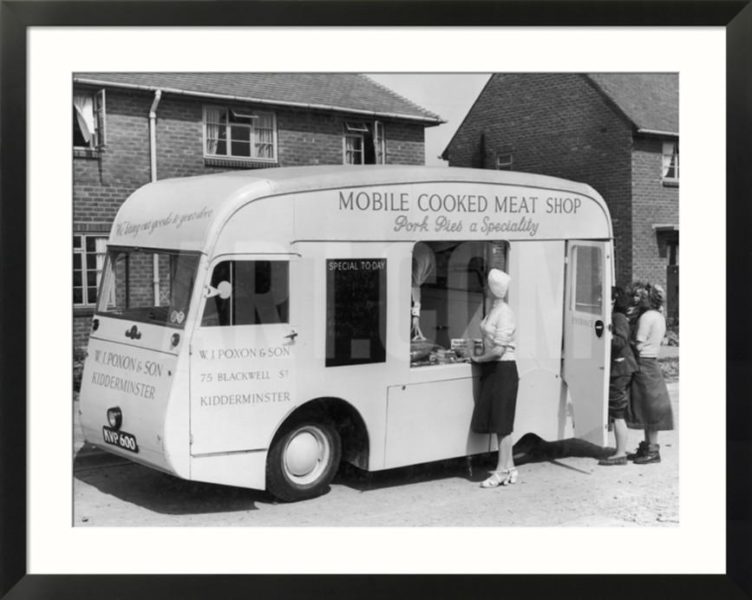