A great svelte pelt to be felt on a Celt?

The definition of svelte is

(of a person) slender and elegant.

so almost had to discard that when discussing pigs, but in order to keep the rhyming vibe, I then went for pelt; however, as only the Mangalica really qualifies as “hairy”, it’s starting to sound as though I’m over-reaching more than a little, no? Fuck it. It all rhymes. And as a headline, even possibly attracted your eyeballs, which, in this “attention span of a goldfish”, fake news era is a result. Thus, with no further ado, serving as the basis to introduce the Porco Celta, the Celtic Pig, that hails from Galicia, the furthest north-west point of Spain. Once this land was known to the Romans as the finisterrae, or ‘world’s end’ (in the process later giving its name to one of the UK Shipping Forecast areas until 2002); and as you can see from the shot above, it’s a green, verdant land similar to the Basque country in rain-fall & climate. A stunningly beautiful agricultural area.

So, svelte? Apparently the Celtic pig has one vertebra more than the European white breeds, meaning its longer back requires longer legs, for support. And this genetic quirk, makes the pig’s rear sway. It’s been described as the Jayne Mansfield of pigs, with a sensuous voluptuousness not usually seen in the pig world (you can almost see David Cameron salivating at this one, can’t you?).

The Celtic was, like so many rare breeds discussed here before, always a local one; the Galicians’ traditional pig. Every village household would have had their house pig, and it would have been a Celtic. They’d graze in the stubble fields, eating wheat & corn along with surplus potatoes, cabbage, turnips & beets, and, whilst roaming through the nearest bit of forest, would supplement this with the traditional pannage diet of acorns, chestnuts, and wild mushrooms. There were no other breeds, at least until the time of Franco, who, jumping on the same “quick breeding is best” bandwagon as the rest of Europe, encouraged imports of the faster growing white pigs from abroad, causing the Celtics to fall out of f(l)avour. These pigs feed mainly on chestnuts and acorns all the time improving their intramuscular fat with those lovely high fatty acid levels, e.g. Omega-3 and oleic acids whilst decreasing the level of that bad cholesterol. At the same time this free ranging feeding helps in controlling the growing biomass (Ulex sp., Pteridium aquilinum L. in case you were wondering); decreasing the forest fires risk in a region very prone to wildfires. And like the others I’ve documented here it was a fat pig, the deep pink meat, fat marbled (so similar to the Ibérico) and which is so unlike the meat from the commercially bred whites. Which means what children? Yes, that’s right: flavour.

Until the (many) disaster(s) caused by El Generalissimo, their hams had been shipped as far as Madrid where, prized as they were, they could compete almost on equal terms with some of those wonderful Ibérico hams from the southwest. In rural Galicia, as elsewhere, selling the family home-reared ham was a crucial source of income for the poorest, who would make do with all the lesser cuts. But by 1951, only 14% of Galicia’s pigs were Celta and by the 1980s it was believed to be extinct ¹. Fortunately, a few of the more remote farms had held out against the pink, bland, flavourless, non-fatty onrush and these unadulterated specimens became part of the Spanish government’s cataloguing efforts (called SERGA, Sociedad Española para los Recursos Genéticos Animales) looking at preserving native animal breeds which commenced in 1988 and expanded further when the Asoporcel, La Asociación de Criadores de Ganado Porcino Celta (“The Association of Breeders of Celtic Pigs”), was founded on January 19, 1999 ². 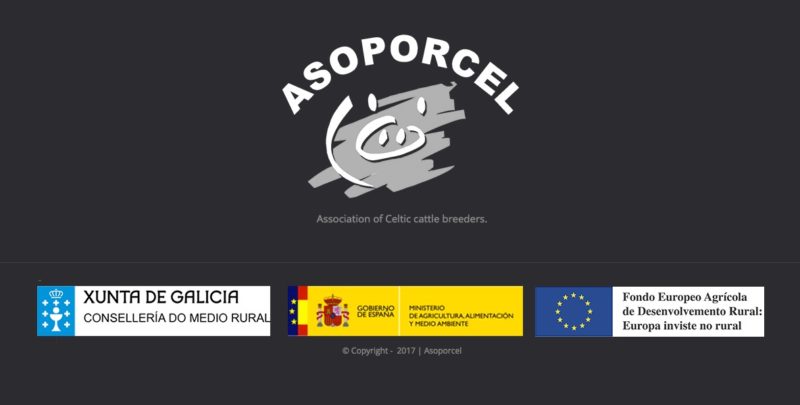 In total, they now own close to 1,000 animals; thus they’re the main producer of this breed in Spain; one of the few breeds recognised as an autochthonous breed by the Spanish Government along with the Euskal Txerria that I covered before, the Gochu Asturcelta (from Asturia) and the Chato Murciano (not, unsurprisingly, hailing from Murcia) both of which I’ll be covering shortly. Great news for the breed and good news for the lucky Galicians. And anyone else eating the gorgeous meat it produces… 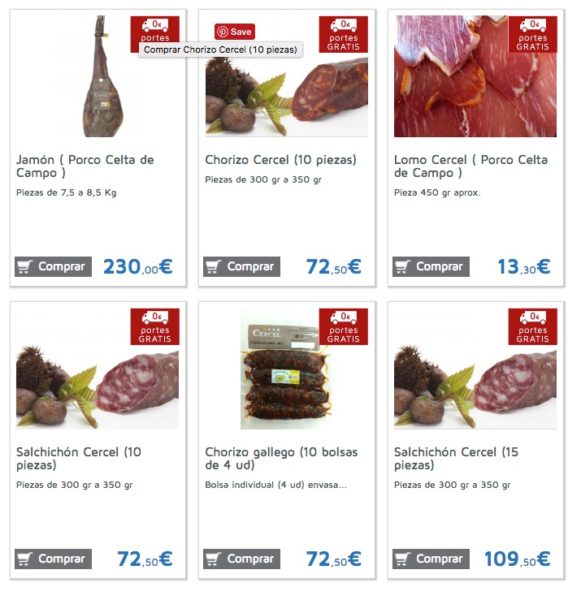 And finally? I’m seriously thinking heading off as a porcine hunting version of David Attenborough, to see if anywhere, just maybe, maybe, hidden away in one of the very remotest little white villages of Andaluz, are a few of the semi-mythical (and, to be honest, probably extinct now) Andaluza rubia or campieñesa, white gold Andalusian Blonde pigs. I’ve not been able to find any images but I imagine that if I do find one, it’s not going to be hard to distinguish it from the (more visually boring) rest of the herd in the yard or field or wandering around in the campo…

Wish us luck. It’ll be fun, even if we don’t find the damn thing. TV stardom beckons I reckon…