As well as making some of the strangest, atonal, left-field music ever to mess with your mind (Don Van Vliet aside, of course), along with his Arkestra band, the genius that was Sun Ra — a creature born on Saturn, no less, let’s not forget — also applied some of those same free-form jazz techniques to his cooking. Yet until today, I had no idea that there even existed a jazz cook-book called “Jazz Cooks: Portraits and Recipes of the Greats” but, thanks to the magpie-mind of Ian Penman (ex-N.M.E. critic, whose writing you really need to seek out and devour if you have an interest in art, music or language), I do now. As do you. Follow all the links here. You’ll thank me. You might lose hours of your day, but you’ll still thank me.

From his biography, “Space Is The Place: The Lives and Times of Sun Ra“, comes this ‘explanation’ of the method.

Once when he was asked to share the recipe for a musicians’ cookbook, he warned the authors that there were no fixed proportions to it, and that it required the ingredients of sincerity and love, to say nothing of the ability to make the fire burn with psychic intensity:

“You can’t say, ‘One teaspoon of this, or one teaspoon of that.’ Like a musician, you improvise. It’s like being on a spirit plane; you put the proper things in without knowing why. It comes out wonderful when it’s done like that. If you plan it, it doesn’t work.” 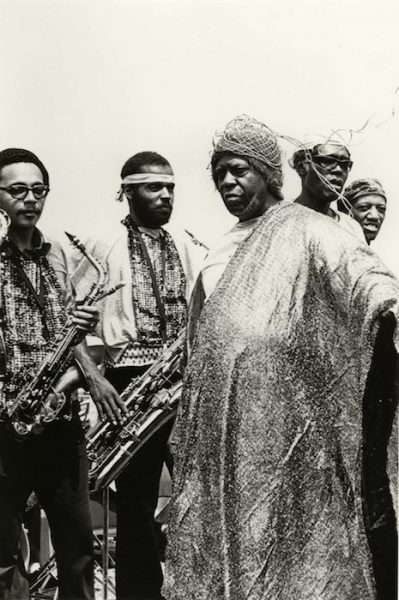 So, straying briefly off the pork meat path (but then, having a few meat free meals a week is a rather good idea, no?),  via the aforementioned recipe book “Jazz Cooks: Portraits and Recipes of the Greats” — and I bloody love this cover… 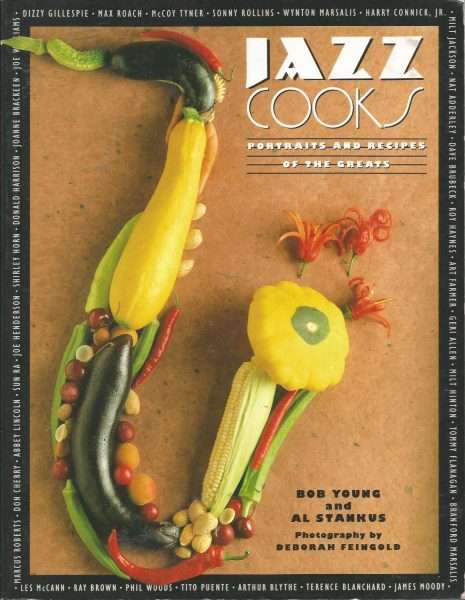 2. Bring the broth to a simmer on the stove at the same time preparing a roux. For the roux, heat the butter (or vegetable oil) in a pan and add flour, stirring until it reaches the consistency of wet sand. Stir a little of the broth into the roux and then add it all back into the pot.

3. Add the vegetables, salt, pepper, sincerity, and love to the pot.

4.  Cook for at least an hour. Serve to family and friends.

Will your version taste like his? No, of course not. But that doesn’t matter.

Marshall Allen, of Arkestra has said:

I tried making the Moon Stew myself. I used all the same ingredients like him, but it didn’t taste like his.

He’s not wrong of course; the love that you put into cooking shines through when eaten. We all know how different food will taste when cooked by family, friends, or at places that care about what they’re doing versus those ones where the food is just another way of relieving you of money. So, the next plate you make needs to have the Love and Sincerity seasoning added from the very start. And a fire of ‘psychic intensity’ — we only have an induction hob, so not sure how hot that fire he speaks of is in practice. But, onwards, upwards, courage mon braves! Faint heat never won fair food.

[Thanks also to the team at Dangerous Minds for further pithy information.]

And finally? See you on Saturn!