A paean to pozole; an homage to hominy

Pozole is a dish originating from Mexico (where it means “hominy”) and mentioned as far back as the Florentine Codex by Bernardino de Sahagún in the late 16th Century (a set of writings which looks as though they could be a hugely fascinating, albeit huge time-sink, read). Since maize was considered a sacred plant for the Aztecs and other inhabitants of Meso-America, pozole was at first intended to be made and consumed on special (read “religious“) occasions. This conjunction of maize (usually whole hominy kernels) and a meat, together in a single dish, is of no little scholarly interest, as it’s thought that the ancient Americans believed their gods had fashioned them (i.e. us humans) out of masa (cornmeal dough).

The maize story is going to be more fully explored on Salute The Grains; so keep an eye out for that piece arriving (reasonably) soon. 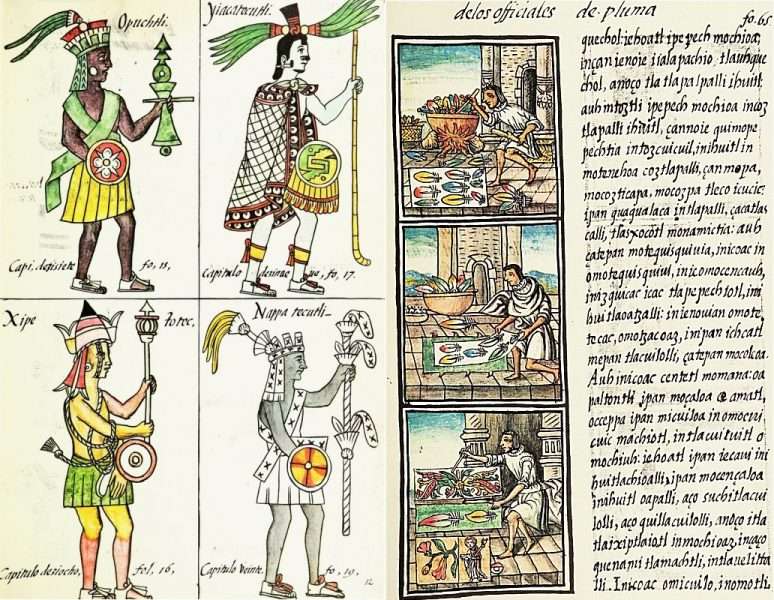 A page from the Florentine Codex

For the purposes of this piece, we’re going to be staying in and around this geographic area (although the principles are the same anywhere on the planet, amongst the peasant communities) where the tripes and the offcuts would go into Menudo. Organ meats would be stewed and turned into blood sausage. But all the other stuff, the super-weird, super-offcuts, are the bits that go into a pozole. That means the head, the ears, bones, trotters, indeed, anything that’s left. When it comes to cooking and eating a whole pig, pozole sits at the very end of the “break it down and eat it all” path. 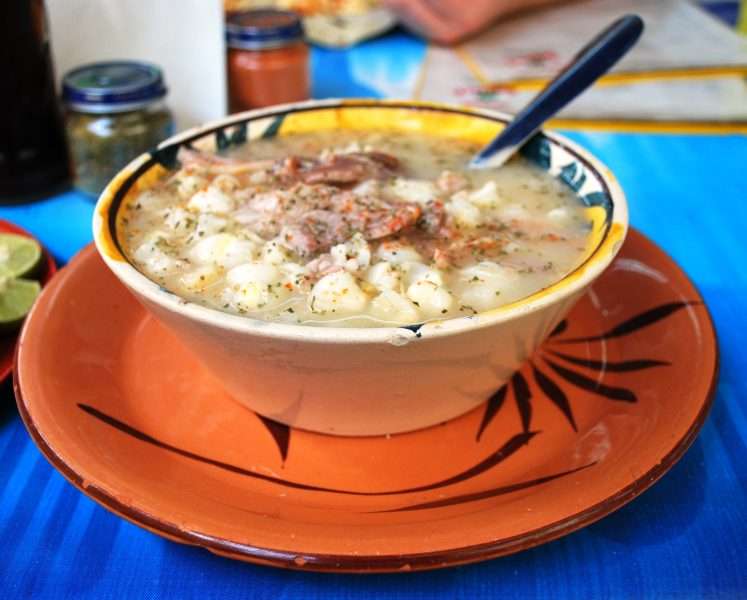 In a book that I hugely enjoy and continually re-read for ideas as well as just the plain quality of the writing, Wes Avila, author of “Guerrilla Tacos: Recipes from the Streets of L.A” says of it:

You know your pozole is ready to eat when the pig ear is tender and you can bite right through it. The ears take the longest to get tender; it goes from being the texture of a piece of leather to that of a gummy bear. We make this for Christmas at my dad’s house. You have to skim like crazy the whole time it’s cooking because all that funk and all those impurities will rise to the surface. When you put the leftovers in the fridge, after a few hours, you should be able to cut through the soup like pâté. This is a crazy-delicious soup that you’d make after slaughtering a pig and after you’ve used everything good from that pig. There is going to be a pig’s foot in this soup. This is a gnarly soup! Do not make it if you are the timid type. You’re gonna need a big— 32-quart— stockpot and some calcium hydroxide, a.k.a. pickling lime, edible lime, hydrated lime, or slaked lime (if you are unable to source locally, you can order this online). If you don’t want to cook the dried hominy yourself, you can substitute 8 cups prepared hominy. 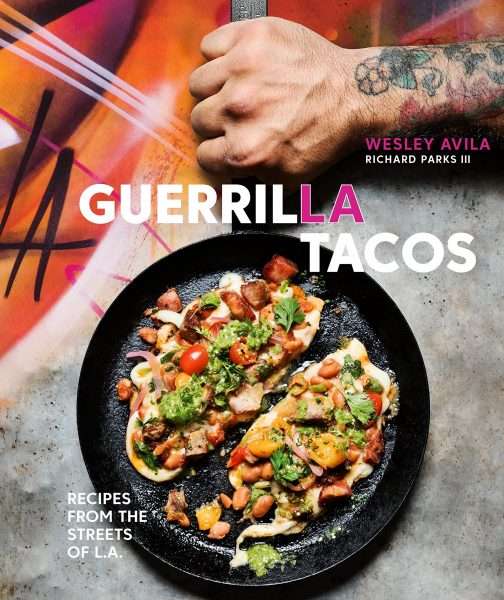 This recipe — reproduced untouched — will apparently serve 24 people; I haven’t even got that many friends, so you’ll just have to cook it and judge if he’s right:

In a large (10- or 16-quart) stainless-steel pot over high heat, bring 8 quarts water to a simmer. Add the calcium hydroxide and stir with a spoon until it is dissolved. Add the dried hominy and cook for 2 minutes. Remove the pot from the heat, cover with the lid, and let stand on the stove top overnight.

The next day, there will be a thin cloudy layer on top of the water. Pour that off. Using a mesh strainer, drain the water and transfer the hominy into another large pot. Fill that pot with fresh water and, as it’s filling, agitate with your hands to remove the skins from the hominy kernels and any excess calcium. When the water gets cloudy, pour off the water. Repeat this process three times, or until all the calcium and skins are removed.

In the same pot, cover the hominy with cold, clean water. Bring it just to a simmer— a very, very low simmer, just slightly bubbling— and cook, uncovered, for 5 hours. Stir occasionally and add more water if the water level starts dropping below the kernels. After 5 hours, pull out a few kernels and rinse. Taste the hominy, it should still have a slight bite but be completely cooked. Drain off the hot liquid and give the hominy one more rinse in cold water. Set aside.

In a medium saucepan over medium heat, melt the lard. Add all the chiles, the peppercorns, cloves, and 1 tablespoon salt and toast until aromatic, about 5 minutes. Add the tomatoes, onions, bay leaves, and garlic and cook until the vegetables are softened and breaking apart under the weight of a wooden spoon, about 20 minutes. It will be thick but you want it thick. Once the tomatoes are soft, transfer to a blender and blend until very smooth— blend the shit out of it. Return the blended mixture to the saucepan. Add the vinegar and cook over medium heat for 2 minutes, stirring. Season with more salt. Set aside.

Add the ½ pig head, pig’s feet, and spareribs to a 32-quart stockpot, cover with cold water, and place over high heat. Once the water boils, turn off the heat. You should see some impurities floating in the water. Drain the water and run cold water over the meats, rubbing your hands over the head and feet to dislodge any impurities.

Set the meats aside and clean the pot— it’s going to be gunky so you have to wash it. Then, return the meats to that same pot along with the pork shoulder and pig ears. Cover with cold water and bring up the heat until the water is simmering. Simmer for 4 hours, adding water as needed in order to keep all the meat covered. Once the meat is tender, stir in the chile-tomato mixture. Add the hominy, and season with salt. Serve the soup garnished with a lot of shredded cabbage, sliced radishes, and as much salsa as you like. Do not pick out the bones. Go to town on a pig hoof!