Another helping of ‘internals’ from Fergus H (and others)…

More plated servings of vom schnörrli, zum schwänzli goodness. And another reminder that meat doesn’t come pre-packed in styrofoam, brightly coloured, packaging; at least not naturally. Which is why I keep talking about offal, in all its mis-shapen and bizarre looking incarnations… 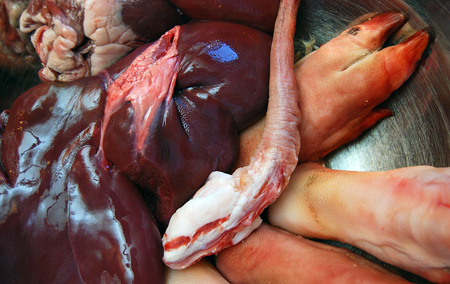 You may also have noticed that I really rather rate Fergus Henderson? And you’d be right. He’s been at the forefront of the “nose to tail, waste absolutely nothing“, movement for many, many years. Along with Hugh Fearnley-Whittingstall, he’s one of the very good people out there. 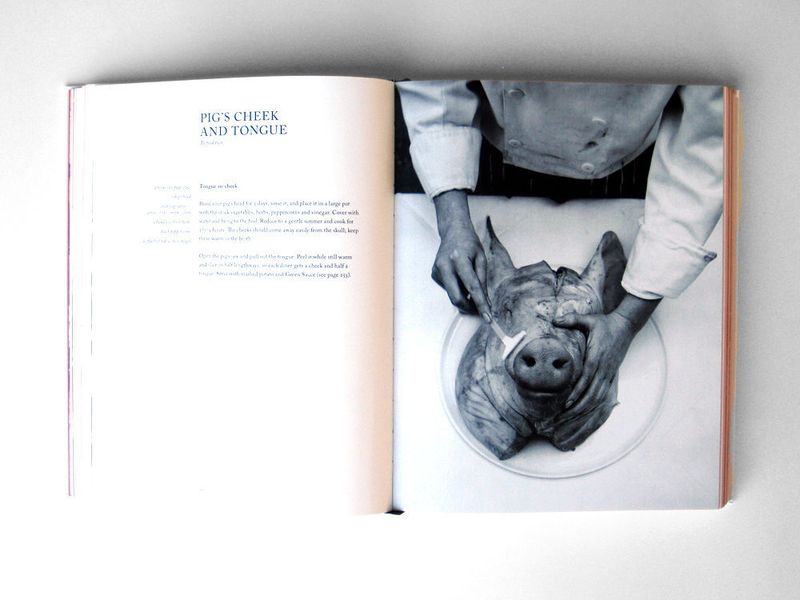 This post is going to lean a little heavily on photos from the hugely talented and influential team at Serious Eats. I’ve already mentioned J. Kenji López-Alt in Cooking for geeks; in the food lab, the MD of this site. They managed to grab a space at the pass when Fergus visited New York (a few years back now) and cooked with, amongst others, the very wonderful fellow Brit, April Bloomfield at her “The Spotted Pig“.

Their menu included some offal dishes from other than pigs — I’m ignoring them for the purposes of this post. Hey, my blog, my call, OK? 🙂

It started with ribbons of grilled chitterlings (also know as “chitlins”). In any event, however you call them, they’re the small intestine — or, in the case of the “hogs maw”, the stomach — and a staple of Southern (initially poor, mainly black) cooking. But they were also known way back as common peasant food in medieval England, and remained a staple in the diet of our own low-income families right up until the late 19th century and are still a firm favourite across the rest of (possibly less squeamish?) Europe. 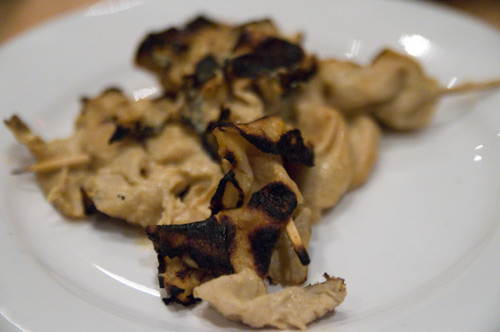 Thomas Hardy wrote of chitterlings in Tess of the D’Urbervilles, when the father of a poor family, John Durbeyfield, talks of what he’d like to eat:

So, to follow? How about confit of pig cheek and dandelion? 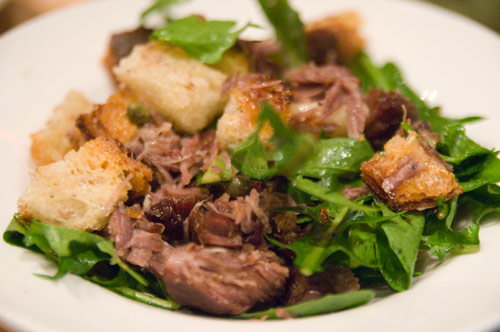 OK, there is one dish that I’m including with a non-pig offal: the lambs’ brain; battered and deep fried to a wonderful, golden crisp. There’s a green sauce in there, infused with parsley and dill, complimenting those earthy, creamy nuggets. 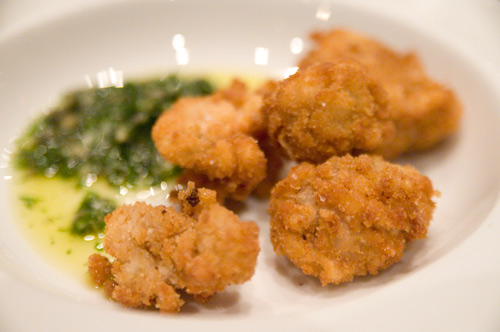 I’ve wavered and included this because I could really see this being done well but using pig’s brains.

I’m a little surprised to find that Fergus hasn’t yet done so (he claims pig brains aren’t as flavoursome). But as if by way of compensation, he did do this Brain Burger along with the MEATliquor team recently as part of joint effort raising money for the charity researching into the Parkinson’s Disease, from which he’s suffered for many years. 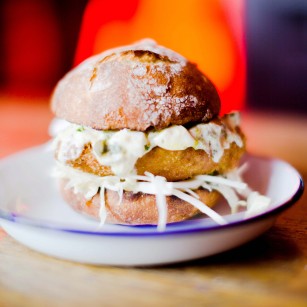 Next up from the NY gig, warm pigs head and bean salad 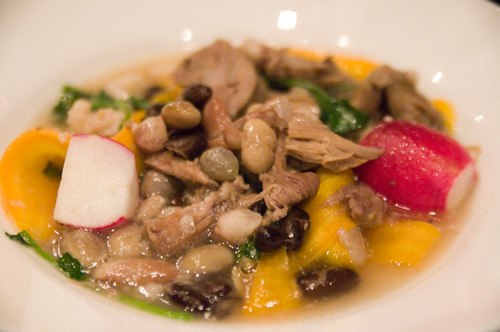 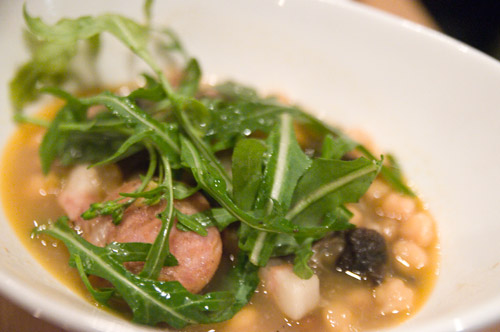 Am I envious of all the lucky diners who managed to score seats at this gig? Is that sky pixie, voices in teh head, guy in Rome, a Catholic? And do Ursidae defecate in the forest? Hell yes!

And finally for this week? Well, finally Esther…

A look back at when the butchers at Sabatos Prime Meats — who started up nearly 100 years ago, back in 1918 — were (mainly) men and pigs were, well, apparently the size of frickin’ elephants! 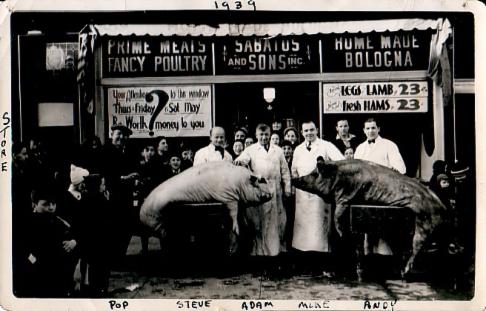