Along with “Them!“ — a cautionary tale about giant irradiated ants — which was Warner Bros.’ highest-grossing film of 1954 — the curiously cast “Five“ (1951) and the original (and best) Japanese “Godzilla” (Gojira) from 1954, us Brits also managed to produce the “Fiend Without A Face” (1958) as we too jumped on the “dangers of the atomic age” bandwagon. 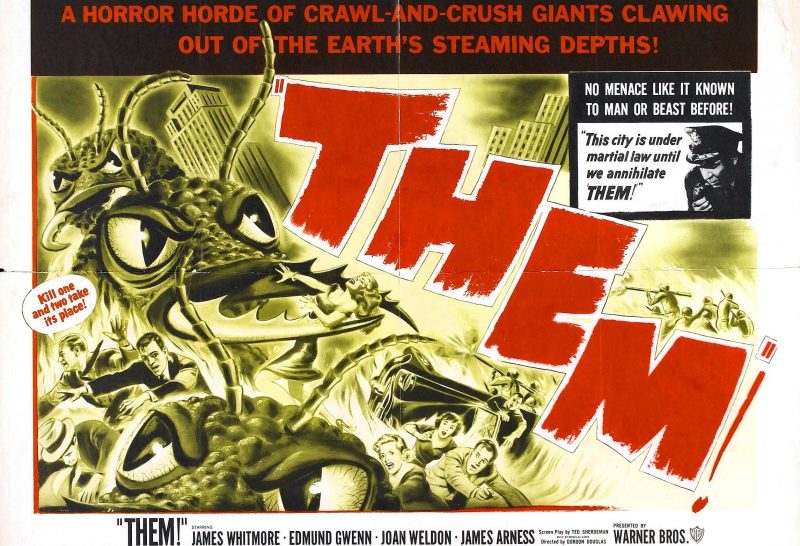 During the 1950s, nuclear horror films were very much of the moment as the studios, never slow to jump on a trend, unleashed a veritable avalanche of (mostly completely forgettable & rightly unsung) mutated radioactive beasts upon their audiences who left theatres both terrified of these creatures and, of course, at the same time, of the imminent threat of nuclear annihilation at the hands of the Godless commie heathens of the Soviet Union.

Well, as you all know, humanity has managed to dodge that particular bullet. At least so far; with Trump, Kim, Putin & May in power, who knows for how much longer?

Safe? Until now that is. Now the animals are conspiring against us. First the Japanese let loose with their radioactive boars from Fukushima. Thanks to @val_littlewood I’m now reminded that the Czechs have joined in the “fun”. 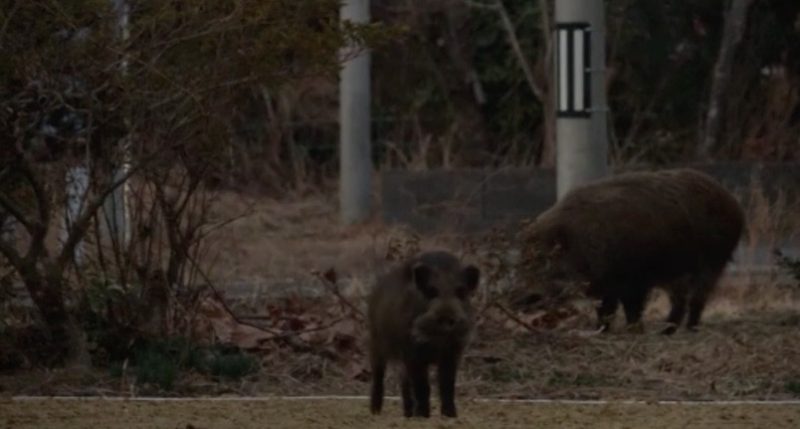 The radioactive cloud thrown up by the environmental disaster that was the 1986 Chernobyl explosion drifted across all of Western Russia and Europe but it seemed to hang around for a particularly long time over the Bohemian Forest (known in Czech as Šumava and across the border in Germany as Böhmerwald) dumping as it did, large quantities of radioactive isotopes (inc. Caesium-137 which is water soluble so easily enters the food chain and, with a half-life of 30 years, isn’t going away anytime soon).

This stuff is then taken up by an underground species of mushroom (colloquially known as “false truffles” or, more colourfully, “deer balls”), that the boars (in behaviour common to all pig species) love to root around and dig up and eat. They look so innocent don’t they? 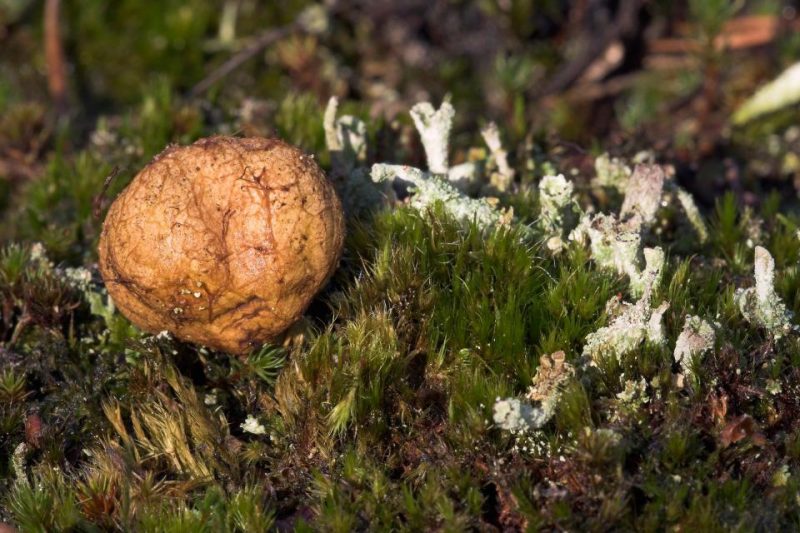 So, whilst not quite “glow in the dark” damaged, they’re not really any longer suitable as part of anything approaching a ‘healthy’ diet; indeed, half of the boar meat destined for the human food chain is condemned and destroyed. Watch out people, they’re getting closer. The inevitable film depicting the downfall of humanity under a wave of killer boars is probably being filmed even now — “Attack Of The Boars From The Gates Of Hell” anyone? The stuff of nightmares…. 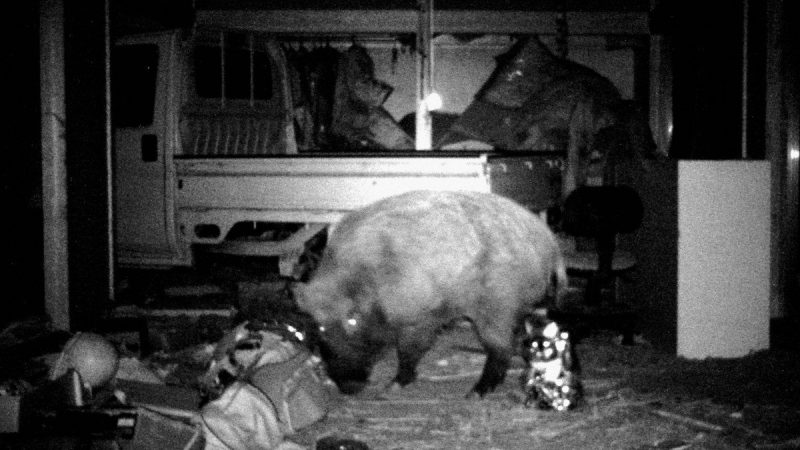 OK, I know you’re asking though: “Hey Chris, what if we can find a non-glowing, safe-to-eat boar? How best to serve it?”. I hear you. I hear you. And what better recipe to offer you than one courtesy those fine people at the (English) Real Boar Company? It’s for ‘Wild Boar Casserole in a Rich Italian Style’:

Mix the meat with all the marinade ingredients and marinate in cool place for 24 hours.

Drain from the marinade, pat dry. Heat the butter or oil in a heavy frying pan and brown the meat all over, sprinkling in the flour to brown a little too. Don’t overfill the pan as you want the meat to brown, not stew.

Remove to a casserole, preferably earthenware, Deglaze the pan with the marinade and wine and pour over the meat.

Cook with the lid off if not well reduced for the sauce should be little more than a sticky substance that coats the meat. Degrease any excess fat and serve with polenta or creamy mashed potatoes.

And finally? The other part of the post title? A song by a doo-wop group called The Five Stars singing just that — one equating sexual power with The Atomic Bomb: