There’s a series available on Netflix  — and the Canadian Food Network if that’s accessible in your particular neck of the woods — that dates back maybe 10 years, but that you should definitely still watch. Called “The Wild Chef”, it features the inimitable Martin Picard of Tony Bourdain (and others) fame….

I’ve mentioned before the similarly named French one here (OK, theirs did actually come first, opening in 1947) situated directly across from the site of the venerable Parisian Les Halles market that was demolished in the early ’70s…

Martin’s however is based in Montreal — opened in 2001 — is consistently ranked in the Top 50 of Canadian restaurants and has been a temple to excess ever since. It was rated as the only Canadian entry on a list of “the 30 most influential restaurants of the last 30 years” that included gastronomic destinations like El Bulli, The Fat Duck and Noma. A “soul food” destination for Canucks.

“Au Pied du Cochon, in Canada specifically, there’s a rite of passage being a young chef and going there. The first time I went, one course was a pot-au-feu, which was just a roasting pan with half a brisket, short ribs, like five quail, and a whole ox tongue. I was just like, ‘What is this? There’s four of us, and this is one course.’ And it wasn’t them even like peacocking; it was them just being like, ‘This is how we cook, and this is how we want you to enjoy food.’ One of the biggest differences about the culinary tapestry of America and the culinary tapestry of Canada is we don’t have soul food, right? And I think the closest thing to soul food that we have is Québécois. Martin celebrates that.” —Matty Matheson

Here’s a sample menu to whet your appetite…

If you fancy knocking up their take on the Canadian national dish, poutine, there’s Hugue’s recipe to guide you …

…and they offer a foie gras cake; made with layers of foie, bread, figs & cranberry jelly, maple butter, apricot jelly, and pistachio bavaroise topped off with an intricate, spun sugar dome.

He’s big, big, big on (as in his own avoirdupois and equally, his love for) foie gras. And butter. Fuck, when Bourdain ate there the first time during one of his “No Reservations” shows — that’s the video at the head of this piece —  Picard’s instructions to his team were very simple: telling his chefs to randomly pick items from the extensive foie gras menu and send them out to Bourdain “and when he dies, stop”. And after a few minutes, as the foie gras sweat droplets appeared on Bourdain’s forehead, you could see that he knew that he’d been setup for this “hit”.  He survived. After 16 courses of foie-gras dishes. But even had he died, he’d probably have succumbed a happy person.

I found this a striking image from one of the episodes; again, no punches pulled, the dish contains dead, cooked birds. Of that, there’s no doubt…

“The Wild Chef” is full on carnivore; it’s not for vegetarians nor is it for the faint of heart. But — said before elsewhere on this site — part of the problem with the modern foodways is the huge disconnect between the animal, its death and its journey to the plate. No such disconnection or hint of ambiguity here.

In Season 1, Episode 6 (called “Pig”) Picard looks distinctly green around the gills when the pig is slaughtered. But this is what has to happen for that pig to wind up, in some shape or form, on your plate. In another episode he serves a traditional 6-layered Quebec cipaille — pronounced “Sea Pie,” as it derived from an old English dish, Sea Pie, which was a layered meat or fish pie, served to British sailors in the 1700s — made with wild goose and garnishes it with the gooses’ head. Although one critic (and full marks for knowing how they taste) did claim of this dish

“…contained a piece of meat that tasted like squirrel intestines, but was probably hare.”

Picard says he’s not trying to shock — he uses every piece of whatever animal it is he’s killed and cooked — but he does like to experiment. Although, rather surprisingly, he’s the first to say

“Believe it or not, I am not so warm to the idea of cooking horse.”

I have to confess that I’m not 100% comfortable with the whole thing; some parts of it grate as just a little too hairy-chested, hunter man, macho and seem to say “we’ll eat this because we can“, not because we should or because it’s a great (sustainable) item. That said, if you ever find yourself cold, alone & stranded in the back-waters of the Quebec wilderness, he would be a good person to have by your side. He takes their (gas fulled) oven into the depths of the countryside and they both cook in some pretty shitty weather conditions. 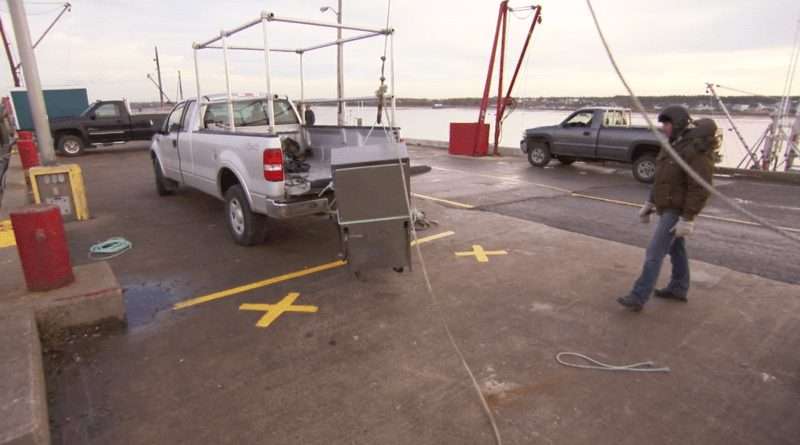 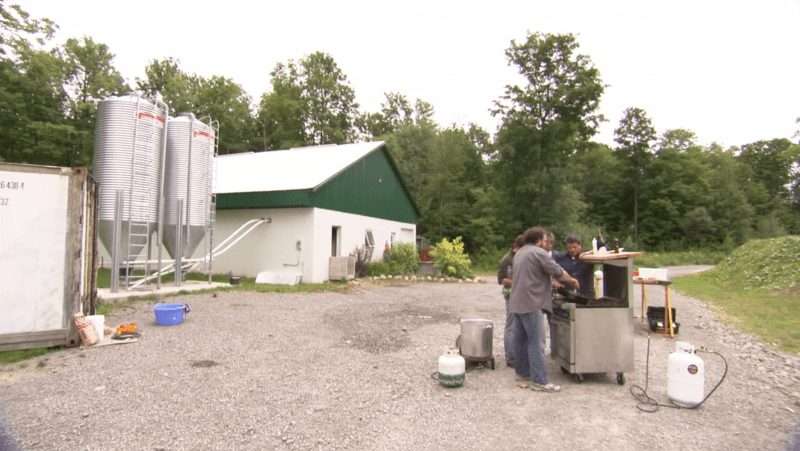 This series documents their travails — he’s accompanied by his sous-chef Hugue Dufour — around said backcountry, hunting, fishing and killing their catches, then cooking them. This piece is going to be picture heavy — you’ve been warned.

It’s further enlivened by some rather fun cartoons by Tom Tassel and Vincent Scotti that are much more Ralph Steadman in “Fear & Loathing…” or Fabulous Furry Freak Brothers than Disney.

OK, let’s take a spin through that episode devoted to pig. The captions are pretty self-explanatory, so, for some, I’ll not say anything more. 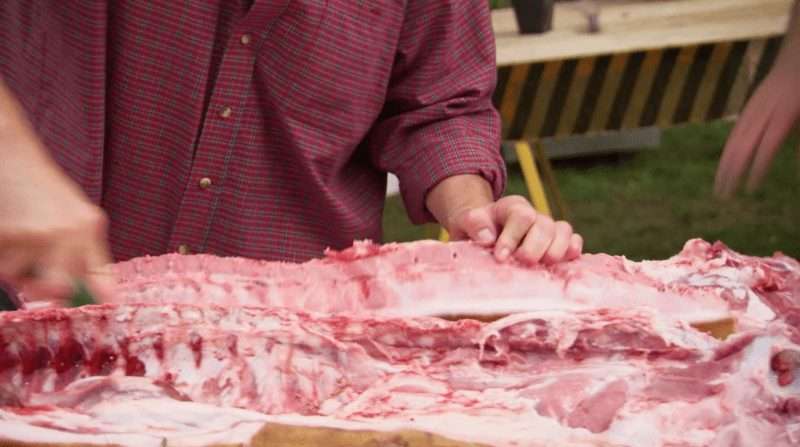 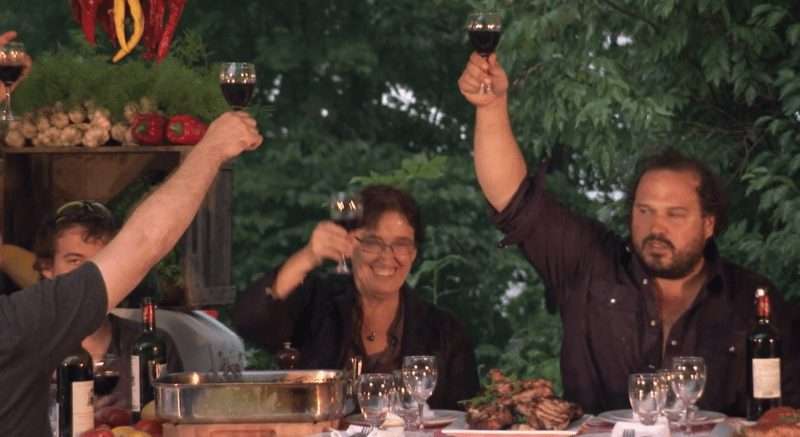 Finally, to counter all this MEAT. How about grains? As well as being a new research interest and a new site (soon everyone, soon), there’s a short but interesting BBC piece on the latest non-meat foods that could help the planet. Well worth a read…