Charcuterie, smoking, curing, brining and all things porcine. Brought to you from deepest, darkest Cambs, England by Chris Bulow. In the smoker or in the kitchen.... Salutate porcum!
Comment?

So, here’s a picture of some sashimi grade uni. If you wanted to buy some for me, you know? Just sayin’… 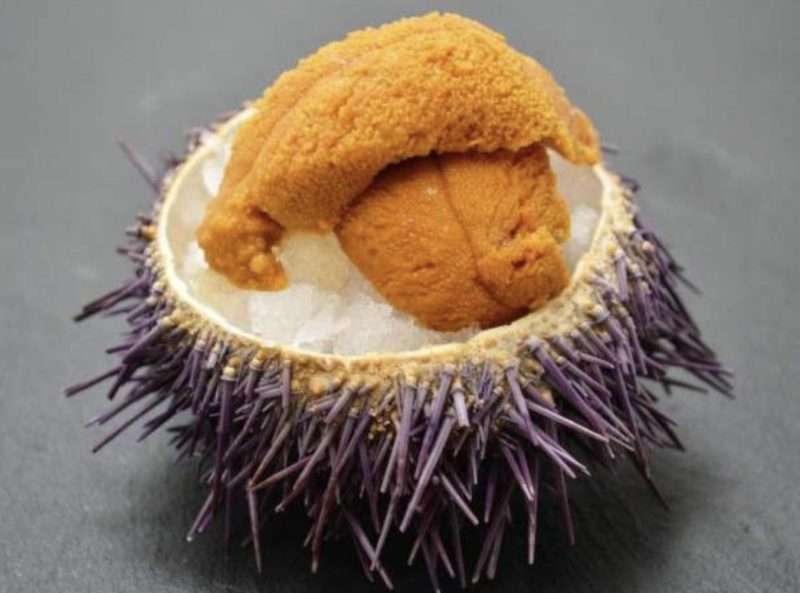 ”Anyone who had a heart”, would love this menu… 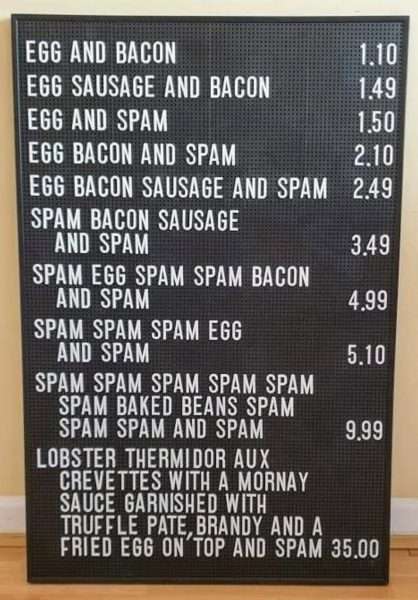 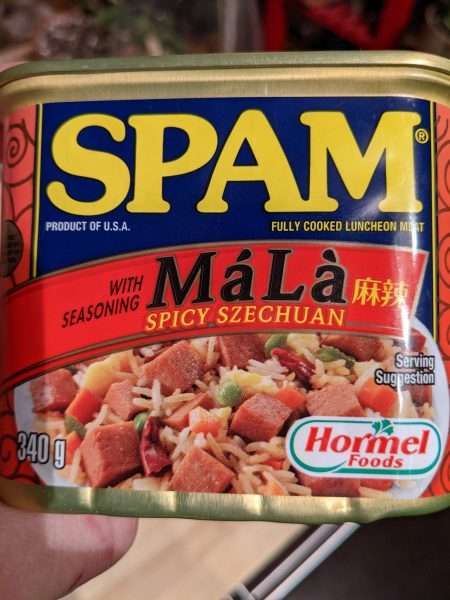 Or, you can read more on Spam right here.

As Neil Young would say, “This note’s for you”, Gay.

This piece is accompanied by the Stones singing the post’s title. Finest kind…

Here, via the very wonderful Fergus, is a simple recipe to use it up:

Required: 2 knobs of butter and a sprig of sage per pigeon.

(Pluck feathers & remove innards, for later consumption. Or just give ’em to Diesel).

Season the pigeons inside and out. Stick the sage into the cavity of the pigeon, with a walnut-sized knob of butter. Get an ovenproof frying pan hot, and melt some butter; when sizzling, brown your pigeon in the pan, being careful not to leave the pigeon breast down against the hot pan for too long, as this is the most delicate part.

Right your pigeon so it’s breast up and place in a very hot oven for 8–10 minutes. When the butter inside the pigeon has melted it’s a good indication that it’s ready. Remove from the oven and place upside down on a warm plate somewhere warm but not so hot as to carry on cooking the bird (this allows the butter to seep into the breasts, and moisten them), and leave to rest for 10 minutes, by which time the breasts will be a blushing red.

Peas and pea leaves make a happy pillow for the pigeon to come and rest on. Pigeon starts with a P and so does Peas, maybe this is why they get on so well together.
Serve the pigeon with a sharp knife.

(excerpted from “The Complete Nose to Tail”, p.174 © Fergus Henderson)

In view of the impending Brexit cliff-edge or maybe, knowing that we’ve insanely decided to put ourselves in the same position as when that huge rock drops on top of you, á la the Road Runner cartoon, more like the soul destroying crushing effect it’ll have…

…I decided we needed to be prepared to be slightly more adventurous in what we were going to eat. Next year, 2021, looks like rats and mice could be back in fashion in this country.

NOTE: for the hard of thinking. This isn’t an indictment of those who already, for whatever reason, choose not to waste this form of protein. That we decide not to, generally anyway, here in the “civilised” world actually says more about privilege and money than anything else I could write.

And I’m told that they have been likened to both partridges and pork. Which doesn’t sound half bad to me..

So, without further ado and so that Gay can get cooking soon, before her rat starts going off, here’s some recipes (courtesy Calvin W. Schwabe in his book Unmentionable Cuisine (Charlottesville, Virginia: University of Virginia Press, 1979):

This one is mentioned in the French culinary bible, Larousse Gastronomique,

Alcoholic rats found inhabiting wine cellars are killed, skinned and eviscerated, then brushed with a thick sauce of olive oil and crushed shallots and grilled over a fire of broken wine barrels. I’m not sure whether the rat killing involved the use of barrels.

Skin and eviscerate the rat and split it lengthwise. Fry until brown in a mixture of butter and peanut oil. Cover with water, add tomatoes or tomato purée, hot red peppers, and salt. Simmer the rat until tender and serve with rice.

From Ancient Rome comes this one. Prepare a stuffing of dormouse meat or pork, pepper, pine nuts, broth, asafoetida, and some garum (if you haven’t yet made some, you can substitute with some ground up anchovies) Stuff the mice and sew them up. Bake in an oven on a (ceramic) tile.

Out of Mexico is another: Skin and eviscerate field mice. Skewer them and roast over an open fire or coals. These are probably great as hors d’oeuvres with margaritas or “salty dogs.”

Skin, gut and wash some fat mice without removing their heads. Cover them in a pot with ethyl alcohol and marinate 2 hours. Cut a piece of salt pork or sowbelly into small dice and cook it slowly to extract the fat. Drain the mice, dredge them thoroughly in a mixture of flour, pepper, and salt, and fry slowly in the rendered fat for about 5 minutes. Add a cup of alcohol and 6 to 8 cloves, cover and simmer for 15 minutes. Prepare a cream sauce, transfer the sautéed mice to it, and warm them in it for about 10 minutes before serving.

So, there you have it. Plenty to start you off with. Here’s to 2021 and the rat fricasé parties that we will all be able to hold. Thanks Tories. Thanks Brexit voters. No, really, thanks. Fuck ‘em.