Bacon: the science of taste & smell 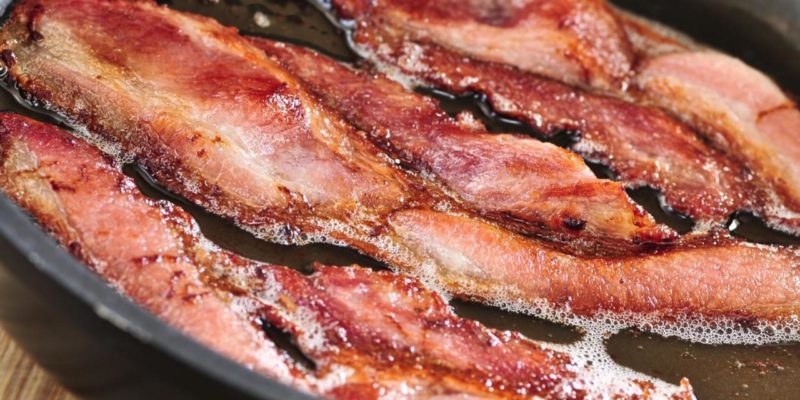 And she’s right of course. But why is she right and how does smell and taste act together to overwhelm your sensorium? Well, duuuuuuh. Science. Of course.

So in this piece, let’s try and “science the shit out of it”, shall we?

Bear in mind this is a blog post, so it’s barely even raising a welt on, let alone scratching the huge surface of, this thing. The references at the bottom are just a few of the pieces I’ve read and continue to browse through. And, as always, any errors of interpretation or description are mine, not those of the super-smart people I’ve cited here.

The muscle tissue we take to eat from our animals (and this detail applies to us as well of course) contains fatty acids that, disintegrating as they do during the cooking process, yield up a heady mix of smells and aromas via complex molecular compounds such as furans, ketones & aldehydes. Each have their own distinctive ‘tells’ – furans give a sweet, nutty, caramel-like note, ketones incline towards butteriness whilst aldehydes show a grassy, green note.

The question of which fatty acids are to be found in a particular meat then leads into the question of diet; each choice made in terms of what’s consumed then branching further out, so flavours and smells depend on the input. “You are what you eat”. Or in this case, they (the animal) are what they eat. For example, the gaminess you taste in the meat taken from a lamb is at least partially down to the resultant particular array of lipids held in the membranes built up through their particular dietary items available and their resultant breakdown products as the meat cooks.

The cured and smoked belly pork used to make good bacon has a taste intimately defined by the processes necessarily involved in its production. Salts, utilised in the cure, change the pathways these chemical reactions can take — thus affecting how the fats react — by arresting their journey along certain routes whilst shunting the rest of the molecules down yet others. Then there’s the smoking; the wood, gently smouldering, starts to release those distinctive acrid-smelling phenols as well as much sweeter smelling ones such as cyclotene (3-Methyl-1,2-Cyclopentanedione), more poetically known as maple lactone, which interestingly is a component also used in perfumes.

And then there’s the cooking process itself. We’ve all heard by now of the Maillard reaction, that gorgeous browning that occurs when, under high heat, reducing sugars and amino acids combine. This process leads to the inclusion of yet more of the furans, alongside other exotics such as pyrazines and thiazoles, both of which combine to contribute their nutty, caramelised tastes and aromas to that heady brew that your tongue and nostrils love so much.

[NOTE: a word of warning here; such high heat can also lead to the production of acrylamide, which you’ll want to steer clear of (carcinogenic, don’t you know) but unless you’re the type that feels they have to turn their bacon into charcoal — and what kind of moron thinks that’s a good idea — you’ll be fine. Brown away baby!] 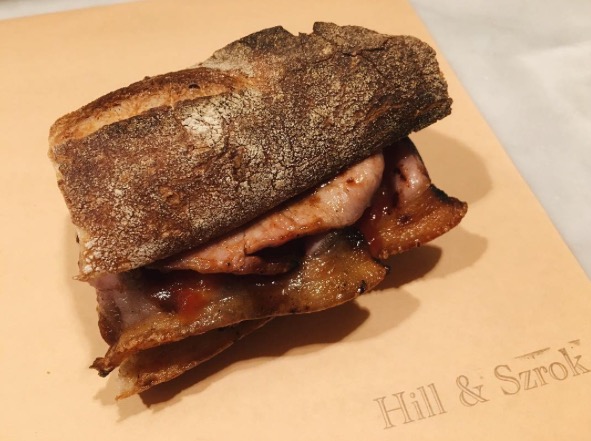 Finally, here’s a suggestion for the Six Rules Of Bacon. You’re welcome to add your own.

And finally, finally, a recipe from Nathan Myhrvold in his incomparable “Modernist Cuisine: The Art and Science of Cooking” for blackstrap molasses country ham. I’m off to try this. Back in about 8 weeks. If I can find an Ossabaw. Bear with me… 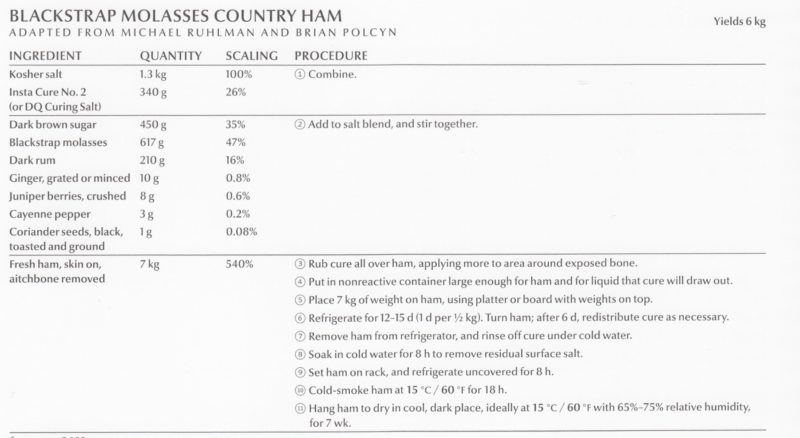