‘Eating testicles is always a transcendental, yet unsettling experience’. Or at least it is if you believe the claims of  Stefan Gates, in an old BBC series, “Cooking In The Danger Zone”.

It’s been some time since I saw cooked pig testicles on my plate; way back in the days when we all lived on the pig farm to give a better idea of quite how long ago that was. But that said, and assuming you want to be simultaneously both unsettled and transcended, “where does one go to get some?”, I hear you ask. Maybe just saying “I’m looking for some testicles – do you stock them?” to your local butcher should, hopefully, elicit a positive response  One possibly tinged with a smidgeon of disbelief, but hey, nothing ventured, nothing gained… 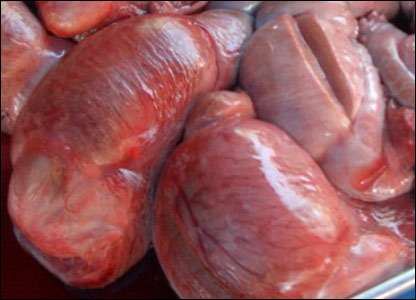 And, I’m pretty sure that the very wonderful Fergus Henderson would be able to provide some at St. John, so I’ve made a note to remind myself to ask the next time I’m lucky enough to eat there. As should you. As often as you can. Heaven on a plate.

Check that the farmer or butcher has removed them from animals that are not yet ready for sex; the testosterone after the animal comes on, makes the meat a rather dubiously tasting proposition. And in this instance (as in so many others) bigger isn’t better – so whilst I’ve seen reports that duck testicles can taste exquisite, I’ve yet to try them; please do get in touch if you’ve ever eaten them? Lamb testicles — much smaller — are also ones to search out, appropriately shellfish-textured and judged to offer that looked-for pungent, wonderful, offal taste. Equally, I’ve yet to find anyone who recommends full-on ram’s testicles (which, depending on the sheep breed, are able to grow to the size of melons). The Americans, in that quaint euphemistic way they have, call the testicles removed from bulls, Rocky Mountain oysters which, further north, with their cousins from Canada are known as prairie oysters. I’m not sure I’ve worked up the appetite yet for something that size…

Piglet testicles, as you’d kind of expect though, are just sweetly, mildly porky and rather delicious.

4 piglet testes, which will serve 2–4 as a starter or snack (depending on the size of the testicles). Remember, testicles — or testes — is the plural. You’ll get two testes. A testis is an individual testicle and you really should look to have at least a pair of them sitting on your plate.

Panko (or breadcrumbs from stale bread)

Halve each testicle with a sharp knife even if they’re very small — you’d expect them to be approx. the size of grapes — and trim off any stringy appendages. NOTE: you need to halve them, protected as they are by a very strong layer of connective tissue, which must be broken.

Mix the flour and a pinch of the salt in a shallow dish. Beat the egg in another dish and place the panko (or breadcrumbs) in a third dish.

Toss them in the flour to coat, dip them into the egg, let the excess drip off then dredge them through the breadcrumbs to coat. Set aside.

Heat the oil in a heavy-bottomed pan on a medium heat. You can check that it’s hot enough by frying a little bit of clumped together breadcrumbs. Fry the balls until golden on all over. Don’t over-do this bit, they need to stay soft and succulent in the middle.

They should come out looking something like this. Eat. Savour. Enjoy. An opportunity to say “balls to the world”. 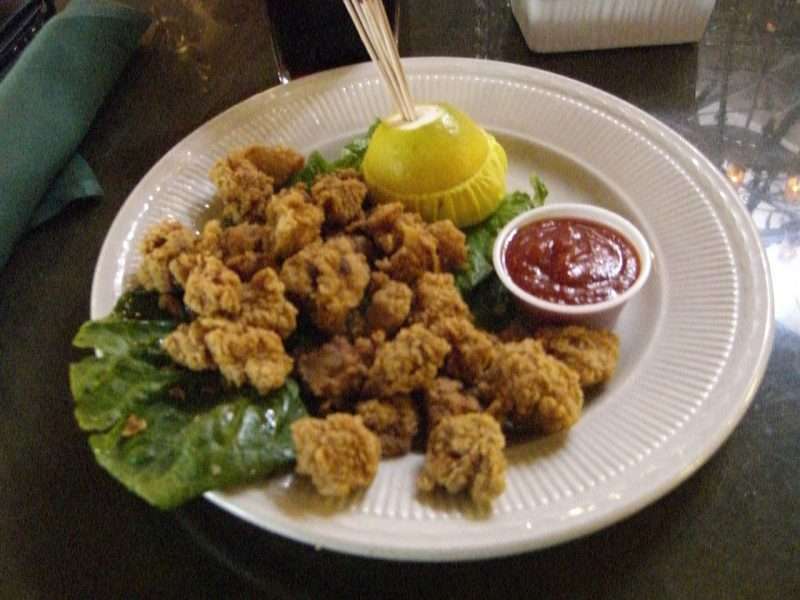