Brewing up a naval storm

WARNING: This post contains no pork. This will not damage your health though. So don’t stop reading.

As well as containing a none too shabby hostel-type hotel (“Pension Homeland“), the grounds of the (still partly security gated & armed sailors guarded) Dutch naval marine base (not far from Franks Smoke House from the previous post) also is home to the Homeland Brewery.

It’d only opened late last year; it certainly wasn’t there on our last trip to the city. And I stumbled across it when cycling back from Sumatra Island, so a serendipitous discovery. 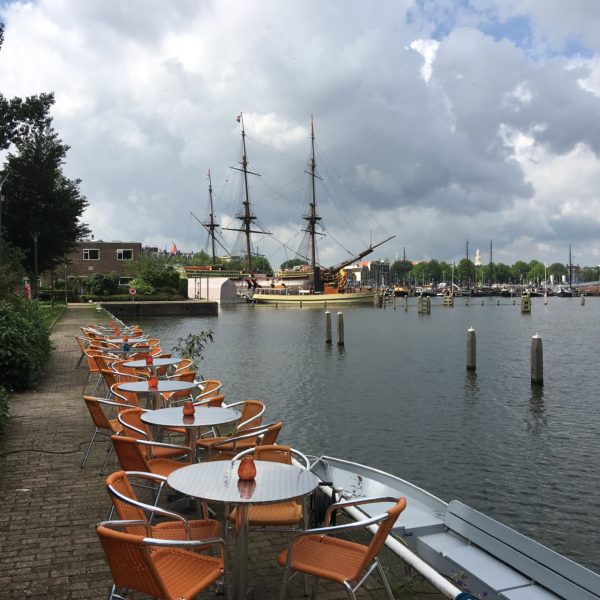 It’s a small (but perfectly formed) operation, crammed into the back of the pension. And the three main people involved intend for it to stay that way. No “Watneys Red Barrel“* for this team. The immaculate, gleaming pipes and 1,000 gallon kettle speak to their dedication and passion.

It only seemed polite to accept the offer of a tour around the brewery and a sample of both of their beers. It’d have been rude to refuse, no? The handsome bearded one in the photos below, dear reader, is of course, your intrepid guide, who you’ve encountered all through the roller coaster ride that is this blog.

You get to the brewery section through the kitchen. [And a shout out here to the one-armed chef who gave me some great tips for pig related eating in town, of which more later]. 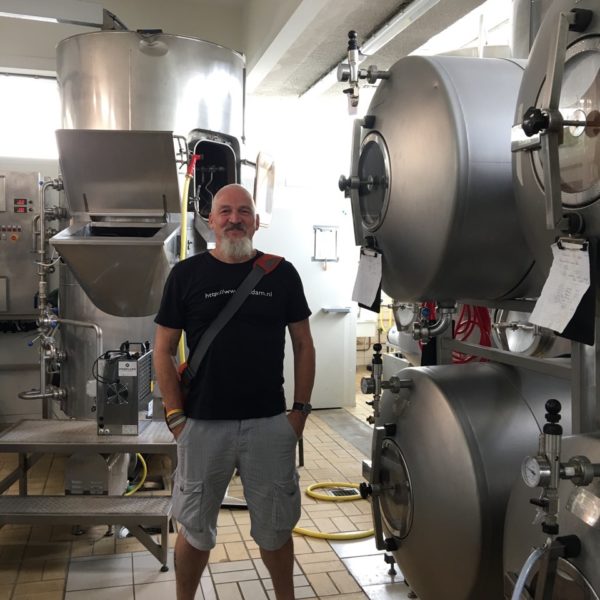 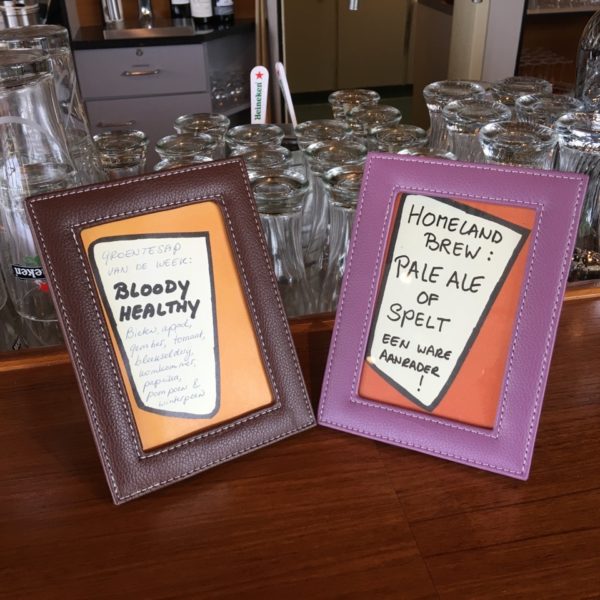 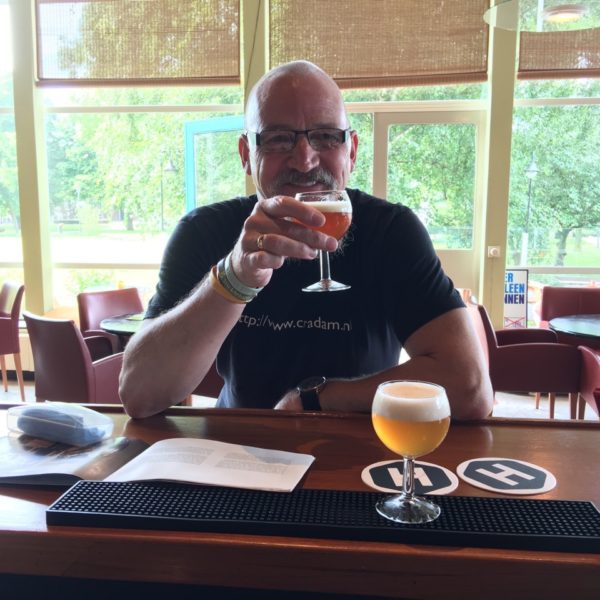 So, how did I like the beer? A lot actually.

There’s a pale ale, hoppy (English hops I’m told) around 4.7%. Lovely notes of summer and fruit (was that pretentious enough for you?). A great breakfast drink (for indeed, this was happening around 9am). Then there’s the spelt beer. And that’s even better. More complex, deeper flavours, nicely cloudy and subtle hints of treacle and toffee coming through. It would work really well with the great rijsttafel dishes that are available all around Amsterdam. So, beers well worth coming back for. Believe me, we will. We will.

Thanks to the two team members there, Jamie & Rob, for taking the time out of their busy morning to run through the tour and chat.

And one final memory of the Heineken dray horses who still walk, slowly, through the town, holding up the traffic, to the chagrin of foreign drivers but the delight of the tourists. It’s a show now, not really part of the huge industrial complex — third only to SABMiller and InBev in sales terms — that Heineken have become, but equally, they’re a reminder that Amsterdam generally cherishes their history. 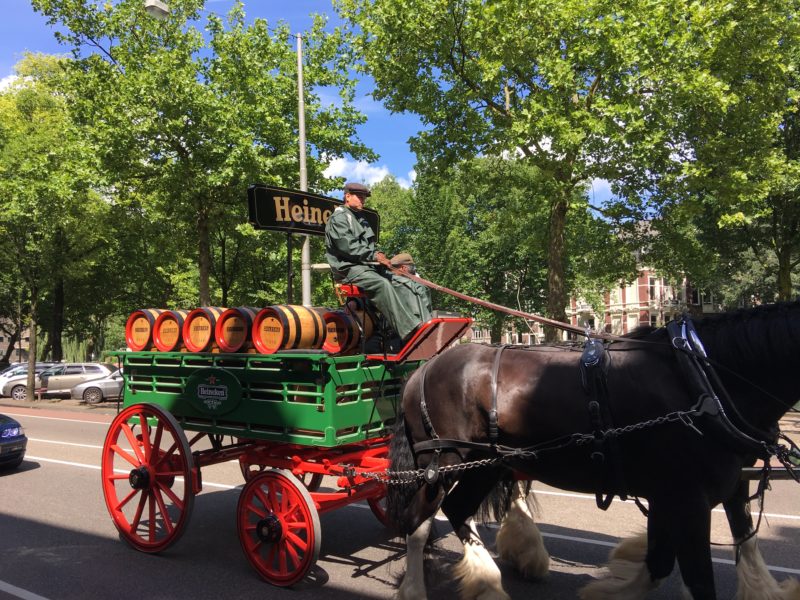 But there are just too many Dam tourists (see what I did there?). And that’s an increasing problem. But no more on this subject today; no ranting today.

* NOTE: This was a “beer” common in England in the 60s & 70s. It was, quite simply, disgusting. A keg beer, filtered, pasteurised, no yeast left, CO2 gassed & chilled. But for many drinkers from that era there really wasn’t anything else on offer, apart from a few very small regional breweries. No tears shed for this one, consigned, unloved, un-mourned, to the cellar of history.