Easy for me to say, I know, as they aren’t my only possible source of food during this frankly, scary fucking time. But that they chose to use nearly £600 million of taxpayers’ money — in the form of a Covid-19 business rates rebate that they probably shouldn’t been have been given anyway — to pay their own shareholders, is frankly obscene. It’s money that could have bought a metric fuck-ton of PPE & ventilators, money that will now instead just be stashed away, often overseas. Or “spaffed” away, as the Blonde Turd who’s (not) running this country is wont to say.

If you can, don’t use Tesco. Ever. Now or in the future. I’ve argued against our (over-)dependence on the supermarkets in the past. This behaviour during this crisis is unconscionable. Quite frankly, fuck ’em. If they went to the wall once this is over, I can’t see anyone shedding any tears for the fuckers.

Instead, buy from small suppliers. There’s a huge number of them still working, some barely surviving, so by buying just a few items, you make a huge difference to their bottom line, to their likelihood of coming through this intact. Your Tesco bill is a piss-drop in their ocean.

Big Barn — an online marketplace for small, local, seasonal suppliers up & down the country. They’re just up the road from us as it happens.
Fen Farm Dairy — great, artisan cheeses and fantastic fermented butters
Fish For Thought — fresh fish & shellfish delivered quickly helping to support our fishermen who are still out there every day.

There’s lot of others. Take a look at this (rapidly updating) list from “Eat Like A Girl”‘s Niamh or a similarly dynamic one from the Farms to Feed Us Public Database.

Whoever you choose to use, you’ll be getting food that’s fresher, more ethical, tastier and you’ll get a warm glow, knowing that far more of the money you s℗end goes to the small supplier rather than being leached away by the middleman and the supermarkets. It’s the right choice, the moral choice. Fuck Tesco. 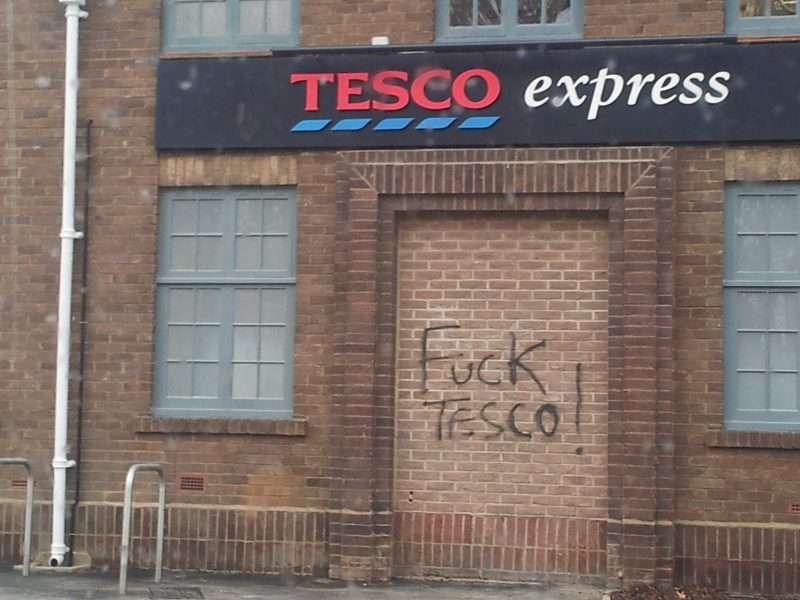