I may have been doing down those dastardly Danes; definitely did Denmark a disservice. As it turns out, a significant portion of the imports from there — inc. their pigs — are actually excellently organic. 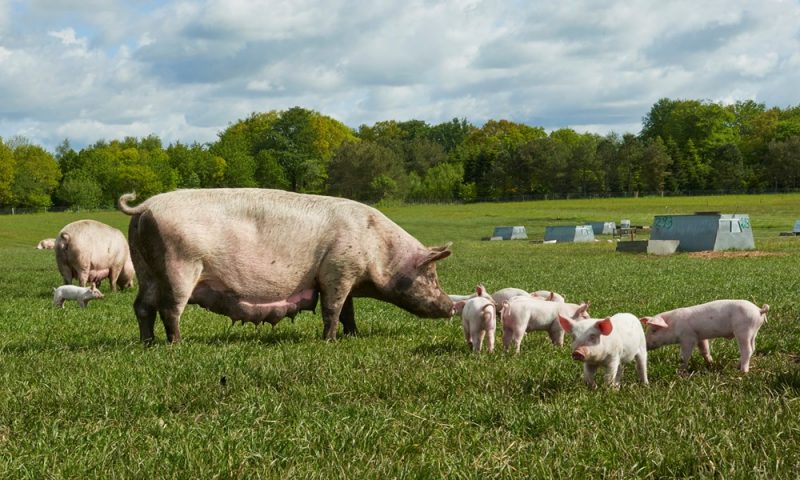 They’re doing it right. And it isn’t just so that they can be labeled ‘organic’. It also means that the welfare of the pig suddenly becomes much more important again, instead of the animal just being a cog in an industrial factory as is so common in the US and other countries — we have a high level of animal welfare in the UK — the Brexit fire-starters want this to be removed in a “bonfire of the regulations”.

The Danes’ system demands a minimum of 300 m² of outside space per sow. The pigs live and forage and dig & snuffle around on this ground (which as a side-effect helps improve the soil quality) and their piglets have to remain with them for at least 7 weeks. And any use of antibiotics means the pig can’t be sold as organic.

I’ve been more than a little scathing about their pigs in the past, here and here. The inexorable rise of the Danish Landrace pigs — like the similarly large, pink ones that came to dominate all corners of the porcine farming industry since the 1950s — and their takeover of the English farm landscape was a direct result of national governments post-war policies encouraging a move away from slower growing (more expensive) heritage breeds towards fast-growing, fast-to-market hybrid breeds.

In the early 1800s there were still two main types of pigs in Denmark. On the islands the pigs were relatively small, stocky and with erect ears, known as the “Island-pig”. In Jutland the pigs were bigger, with an elongated body and large drooping ears; “The Jutland Pig”. The Danish Landrace pigs are derived from the latter. Fast growing, lean, you can see why they were (and remain) so hugely popular and were exported across the world.

There’s 40 minutes of an interesting Radio 4 “You & Yours” that you can listen to here.

And finally? Some images that I came across this week. The first one, an old trade card, for Lea & Perrins’ Worcester sauce; a vital ingredient in dishes from many of the best chefs around, inc. Marco Pierre White.

I think of it as an English take on the Roman liquamen. Romans fattened up pigs livers by feeding their animals on large quantities of figs. These they then marinated in liquamen – also known as garum, fermented fish sauce – wrapped in caul fat & grilled. I do a similar thing nowadays but with their kidneys.

Oh, and that exclusive story about the original recipe being “found” in a skip? It was flagged by both the Daily Heil & The Torygraph so huge pinches of salt are probably needed; read this good slam-down from the Grauniad which pretty much kills off any idea that it was a factual report… 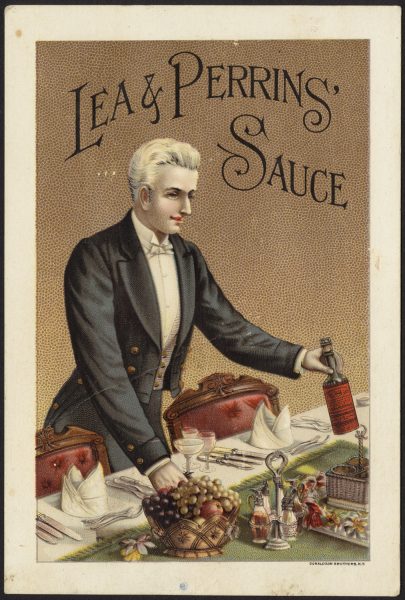 and the second is the (great design) label used by Marky Market (“your man at the market”) on his pork items that he buys for his customers, early in the morning at Smithfield market. 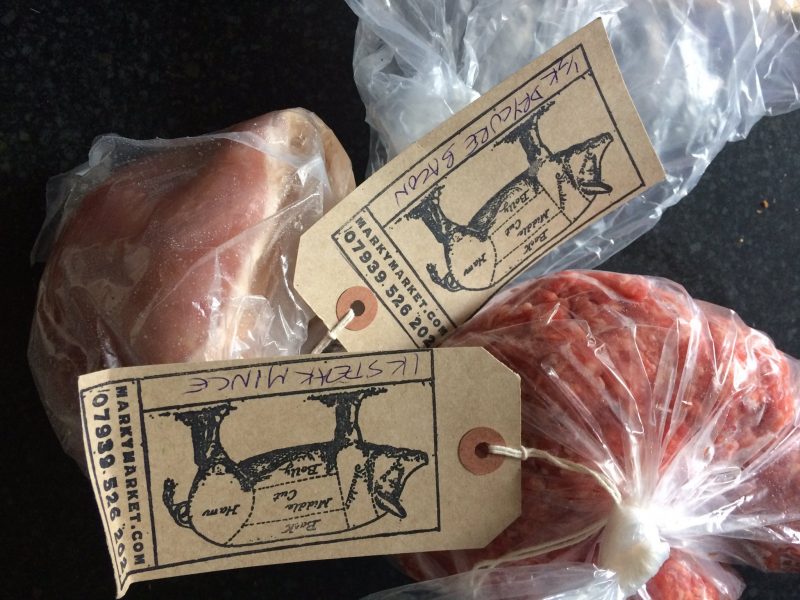 An ex-PR man, Mark White was made redundant and, after starting working with a friend, Johnnie Mountain — a chef I’ve written about before who also loves pigs — set himself up as a food buyer. His ethos is nicely summed up below. If you’re in London, you really should check him out…

“I’ll get you the best fresh meat, fish and shellfish that Smithfield and Billingsgate can offer, delivered straight to your office before you’ve had a chance to enjoy your first cup of coffee.”