Eat an intensively farmed animal or one that was loved? 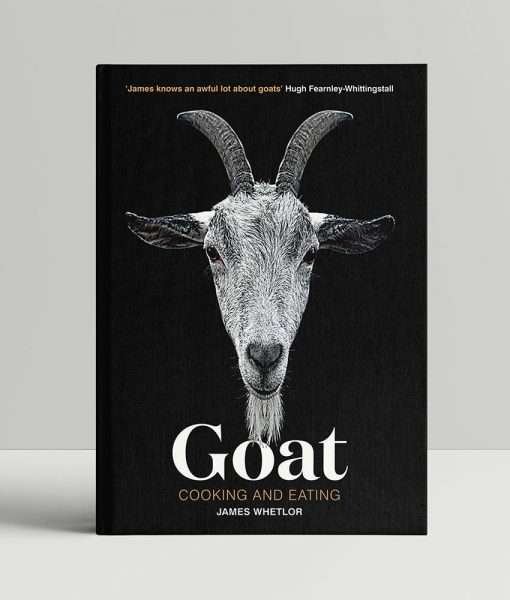 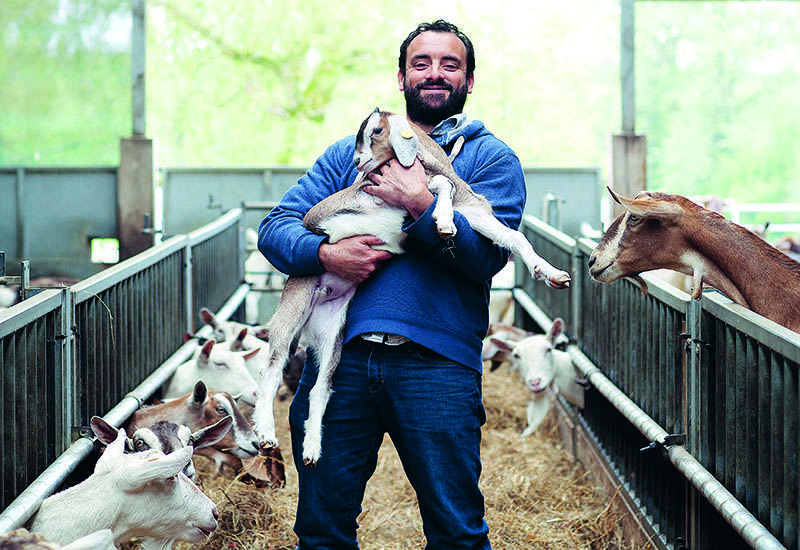 …so in parts of Southern Italy (and other areas in Europe, although it’s getting less & less  common), they’ll still eat with gusto, carne di cavallo, or horse-meat.

Within minutes, I’m presented with a fillet steak, all charcoal crust on the outside and perfectly pink on the inside. I squeeze over some lemon juice, before adding a dash of vinegar, then slide it into a bun and take a bite, juice dripping onto the paper plate. Tender and flavoursome, the meat is incredible. But this isn’t high-grade beef that comes from a retired dairy cow; it’s horse, and Leone is one of Catania’s few remaining traditional horse meat butchers. © Lydia Winter of Eater 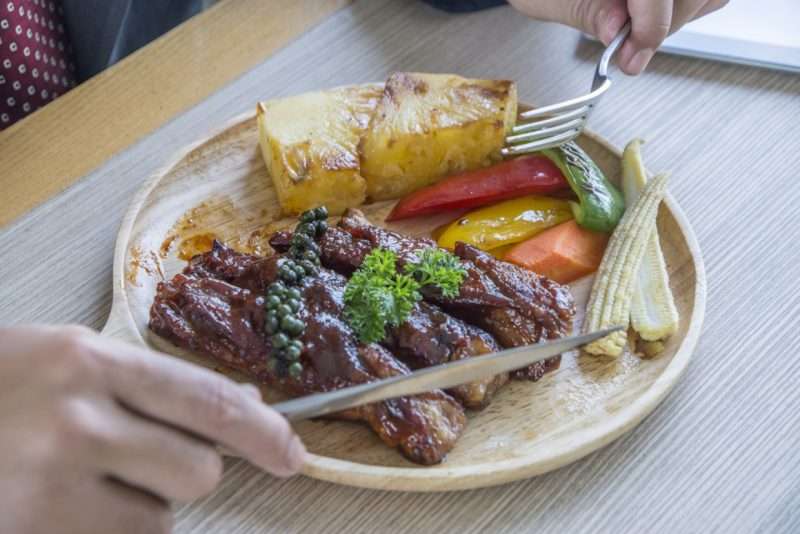 England certainly has a problem with the idea of eating horses (or dogs or cats etc etc). I can remember school friends saying “Those French eat frogs legs and horse meat”; the unsaid — but obvious — implication being that this was all the proof needed to show that they were savages, albeit savages clothed in berets & striped jerseys who also smoked Gitanes (and, apocryphally, didn’t wash much and had women who had armpit hair).

So, no sterotyping there eh? The first chance I got, I tried all three (the food items & the ciggies, for the absence of doubt) on a school trip to France (plus beer that you could buy. From a vending machine. For loose francs change. Without any embarrassing questions about your age) and never looked back.

We in the UK also have a problem with eating horse; the 2013 “horse meat in burgers” scandal was a mixture of revulsion at the idea that, what we’d thought was 100% beef, turned out to be, in some cases, 100% horse and also that we were somehow being swindled. I guess we were although the meat used in supermarkets burgers isn’t generally, of the highest quality, so the horse meat may actually have seriously upped the supplier’s game. 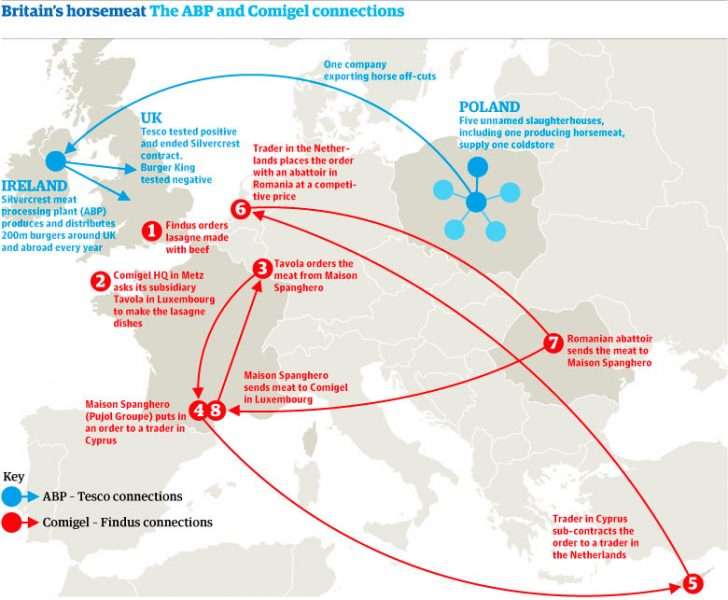 Even in Italy now, there are increasing calls for horses to be classified as ‘domestic pets. But the ones they use for carne di cavallo haven’t been bred to be eaten; instead they’re elderly — retired — riding horses. Sensibly, they choose not to use race horses because of the distinct possibility that they’ve been pumped full of “go faster” drugs and so the animals have been well looked after. The meat, like that of the billy goat, is lean, rich in iron and in the case of the horse, often recommended to pregnant women and children.

So, like my pigs, would you rather have an animal that’s had a good life or one that’s come from a factory farming environment? I know which I’d choose. And the horses die, of course; but this way their meat isn’t wasted. It reminds me of how old milk cows are valued for their beef in Spain and France and, increasingly, in England now. Turner & George can sell you Basque or Galician meat. 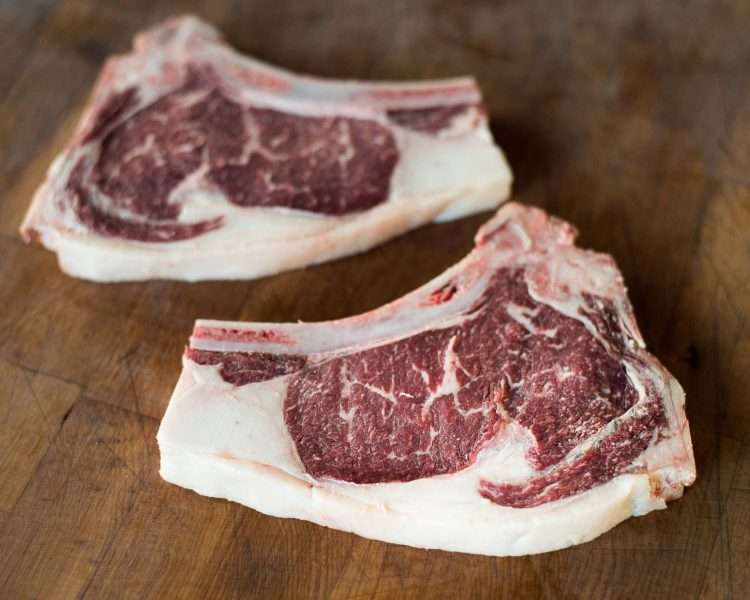 Or the same, but these are from old English ex-dairy milk cows. 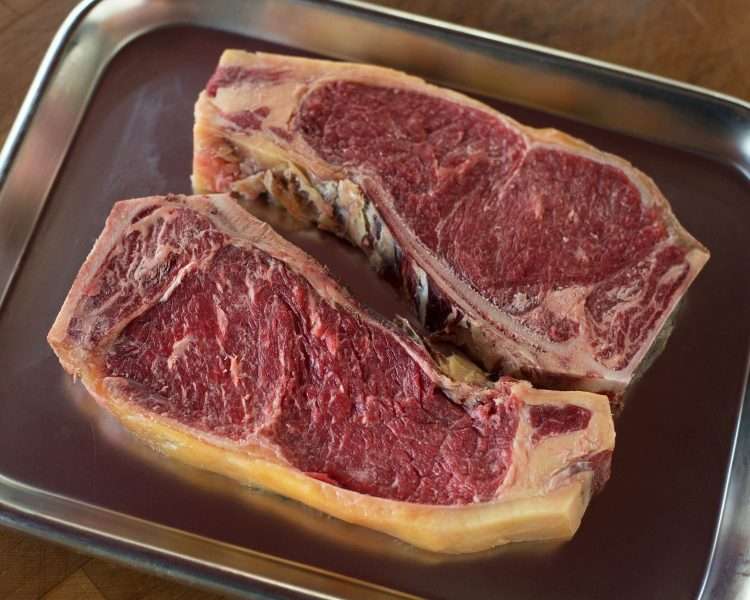 The taste is fantastic; you can tell by the smell and texture that the animals have worked.