The food system is broken. Food is not a commodity. Cheap shouldn’t be king – cheap has a price; for humans, animals & the environment. @martharoberts

I keep banging on this same drum, sounding out that how the food we eat and the choices we make about what types of food we choose to consume, affects both us and the environment we all have to live in. This is how factory farmed pigs are housed. This is the pig equivalent of Guantanamo. 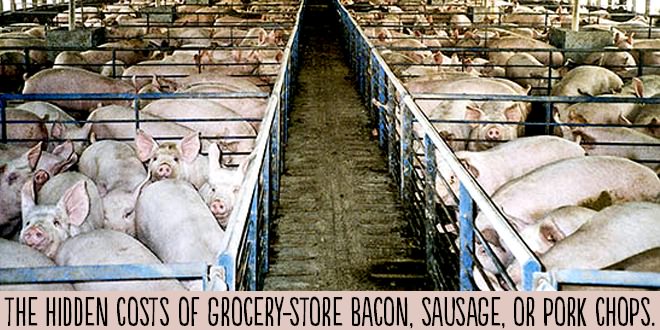 The way they’re caged & their waste treated has a huge impact on the water table, polluting rivers & waterways, damaging soil & the ecosystem around and causing health problem for people unfortunate enough to be living close by. The stench is unreal. It has to be experienced (once!) to realise just quite how eye-wateringly, throat clenching, breathing impacting it is. And that is aside from the very real pain, suffering and mental anguish caused to the poor animals constrained in these multi-story prisons or death factories.

This clip below is taken from videos shot by activists…

…from one of those huge death camps run by the US Smithfield Food Corporation, the largest pork producer in the country, who’ve also been caught SPRAYING THIS FUCKING SHIT INTO THE AIR. 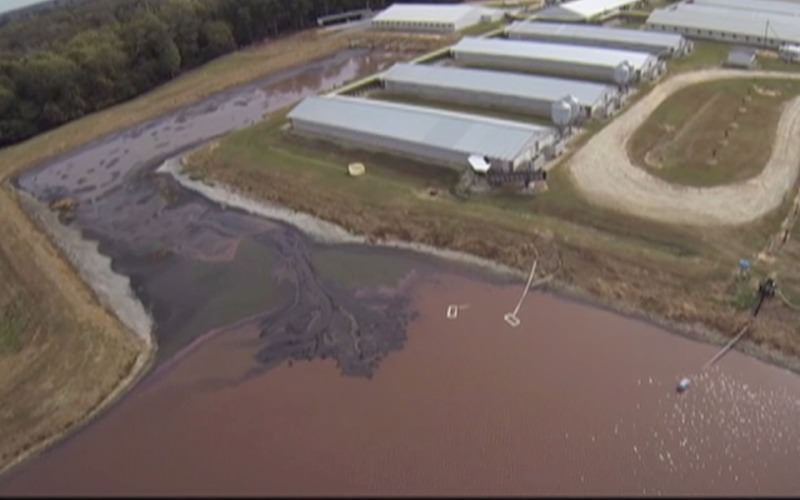 Then there’s the huge question of what species can safely & sustainably be eaten without causing a possibly disastrous drop in population numbers. I don’t necessarily think all the dodos killed were eaten by humans; but it took less than a century for all of them to disappear totally from the face of the planet. We’re even better at mass-destruction nowadays…

I’m going to be writing a whole lot more on eating sustainably, ethically, responsibly, humanely. And with minimal waste. As a start, at the foot of this post, I’ve listed the various fish species divided very easily into two sections; one labelled “Eat Me”, the one other labelled “Don’t be a selfish dickhead”.

There are a number of organisations already effectively working in this area. In this piece I want to highlight three that I’ve not previously mentioned before.

“We believe it is a human right to have access to food and the scale and senselessness of food waste has to stop, and it needs to happen in our lifetime, to ensure the next generation do not suffer from our ignorance.”

Secondly, there’s FareShare, who similarly collect food that would otherwise be dumped and, via a nationwide network of volunteers, deliver it to partner charities who then in turn distribute meals to those most in need 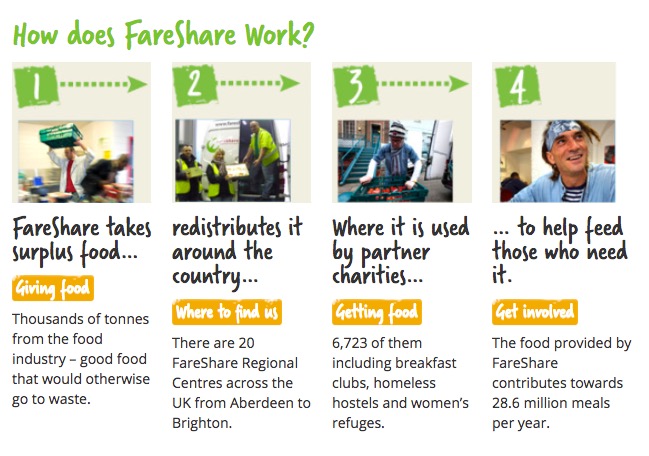 and then lastly there’s chef Massimo Bottura’ Refettorio Felix, in St Cuthbert’s, London that fights against food waste ‘in support of social inclusion and individual well-being’. It’s part of his Food For Soul project that he setup in Milan in 2015 with subsequent projects following in Brazil (Refettorio Gastromotiva) and then two more in Modena and Bologna. Each of these projects shares the common themes of using surplus food, working with local artists, to create engaging dining spaces and serving dishes to vulnerable local communities.

That we still need these initiatives in England, a country that claims to be the 5th richest in the world, in the year 2017, is, quite frankly an obscene, festering, national disgrace. That said, the amount of food wasted around the world is also a similar obscene disgrace, so, swallowing my bile and pure, simple, unalloyed hatred of the Tories and the neo-liberals and their “austerity” measures, I urge you all to support at least one of these.

And lastly? A reminder that WASTED! The Story of Food Waste, which stars Massimo alongside Mario Batali, Dan Barber and Danny Bowien — Anthony Bourdain is its executive producer — is an 85-minute film about the food waste crisis and those working to combat it, is showing in a special screening on 23rd June at the Curzon Chelsea in King’s Road. It’s followed by a panel including director Anna Chai, Justin Byam-Shaw, chairman of food waste project The Felix Project and food waste champion Patrick Drake.

Tickets for the screening cost £12 which includes a booking fee of £1. Profit from the ticket sales will be donated to The Felix Project. For information, go to londonfoodmonth.co.uk.  Go and see it! 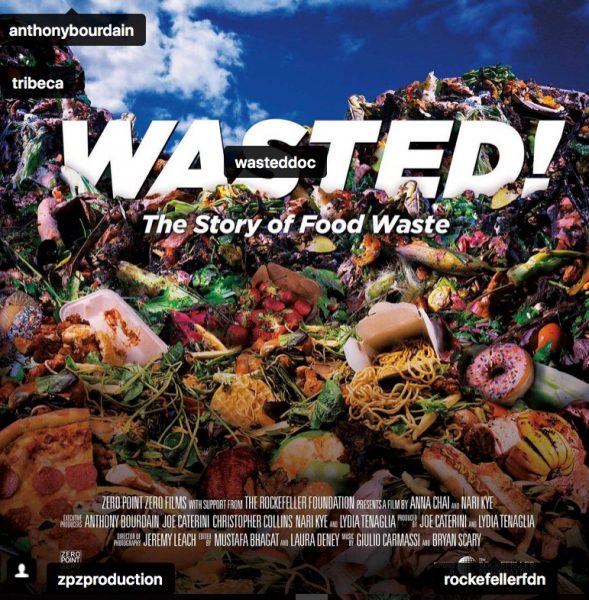 And if you need anymore encouragement, here’s a final reminder from the resource efficiency group WRAP, of how much there’s still to do:

Figures from the United Nations indicate that 1.3 billion tonnes of food produced for human consumption is wasted around the world every year. Ten million tonnes goes to waste in the UK alone.

And finally? Finally, here’s that list of fish I promised you earlier. These in the first group you can eat with a clear conscience:

But steer clear of these below. Change your buying habits, encourage your friends to do the same and, importantly, tell chefs & restaurants that you won’t eat fish from this group so won’t eat at their places until they’re on board with this idea and have stopped serving these species: