A bite of Frankenburger anyone?

The Impossible Foods company are attempting an end-run around the FDA, that last, increasingly shaky, bulwark of good health and food safety in America against the onrush of the menacing agri-industrial combine that is ‘Mega Food, USA’. The FDA’s role has already been hollowed out but now IF, like another company with a charismatic head and millions and millions of dollars of venture capital with skin in the game, Tesla and Elon Musk (who has take billions in tax-payer subsidies but still claims to be some intrepid, unique, game-changing” entrepeneur, when in fact he’s just another leech on the body public) are trying to pretend they’re some sort of defender of the ‘real’ wishes of the public.

And that their technology doesn’t need oversight because, “hey, we’re geniuses and we know better than you, you boring old, government people” which claim they’re trying to frame instead as “plucky underdog with wonder product being held back by meddling, bureaucratic, Orwellian-like regulators”… 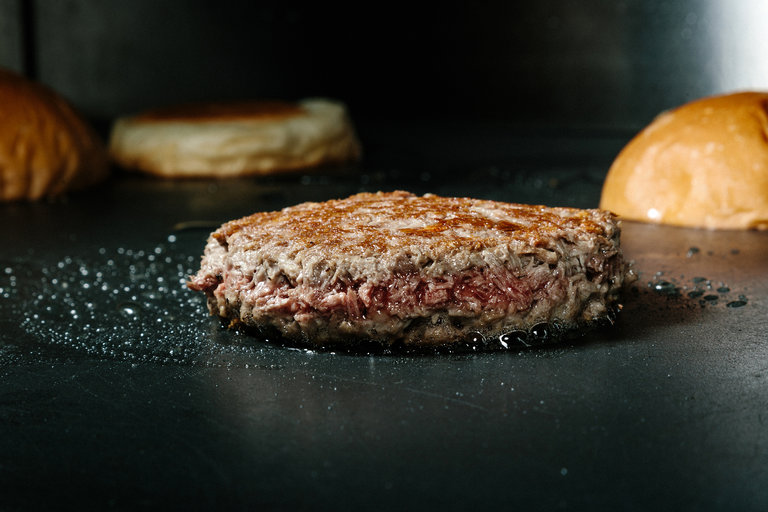 …when in actual fact, their GMO technology, their ‘secret sauce’— the soy leghemoglobin — that has seen so many investors gagging at the bit to grab the profits that will undoubtedly accrue if it gets to market, hasn’t been proved to be safe (which is why the FDA quite rightly refuses to certify it as such) yet IF are trying to use an exemption granted to producers for ingredients already known to be safe as a justification for self-certifying as safe, a brand new, un-tested ingredient.

Their narrative makes it plain that they want this FDA approval rubber-stamped despite the fact that they’ve not made any attempt to counter, scientifically — which, after all, is their main claim, that they’re smart scientists and know their shit — the FDA demand that the company show the ingredient was safe specifically for humans when it told Impossible Foods to establish the safety of the more than 40 other proteins that make up part of its ‘secret sauce’.

The rush to get to market with the very pressing need then to justify their sky-high valuation as well as to meet the hopes and promises made by them to their high-profile backers means that this approval should only be given after all the (independent) data is in and verified. It’s no surprise to find that IF are being opposed by the ETC Group, the Consumers Union as well as other environmental and consumer organisations. And until this proof is to hand, this potentially lethal mix shouldn’t be allowed anywhere near peoples plates. Otherwise, it’s just another case of corporate profit Trumping public safety (see what I did there?).

And, finally, despite the fact that David Chang seems to have given it his imprimatur, it even tastes pretty crap. At least according to David Motz… 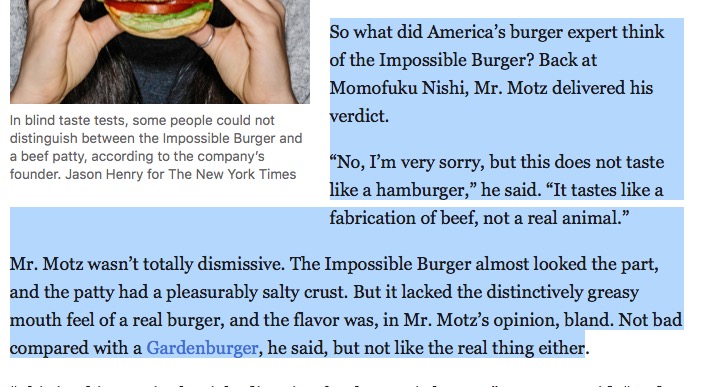 UPDATE: their CEO just released an open letter defending his product and claiming that the article “was instigated by an extremist anti-science group with the deliberate intention of damaging our reputation.” Here it is. You decide.