It’s going to be an exciting pork year here at Salute The Pig Central.

I’ll be adding a lot more more short-form items to this blog in preparation for another (still top-secret) project that we’re working on but will also be posting the occasional longer item, where it fits in with this blog.

So, to start 2015 and to wish all my readers a happy & successful year, here, to emphasise just how important is and were pigs in everyday life from the very earliest times, are two items currently to be seen at the exhibition on “Celts; art and identity” at the British Museum.

The first, discovered in Euffigneix, France, is believed to be that of a god (identity unknown), but there’s no mistaking the boar carved on the torso. 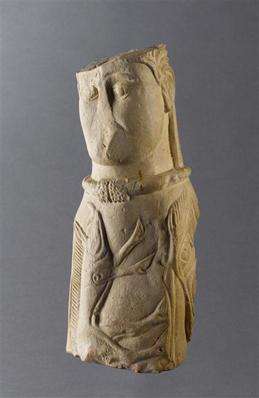 The second, also represents a boar, one dating from the Iron Age.

Beautifully worked & realised and possibly to have originally been found exhibited on top of a warrior’s helmet maybe in an attempt to take on those qualities associated with boars – strength and courage – and to make them feel brave and look ferocious going into battle, possibly as a form of totemism? Who knows? But it doesn’t really matter — it’s just such a lovely piece and still speaks to the modern us, after all these years. 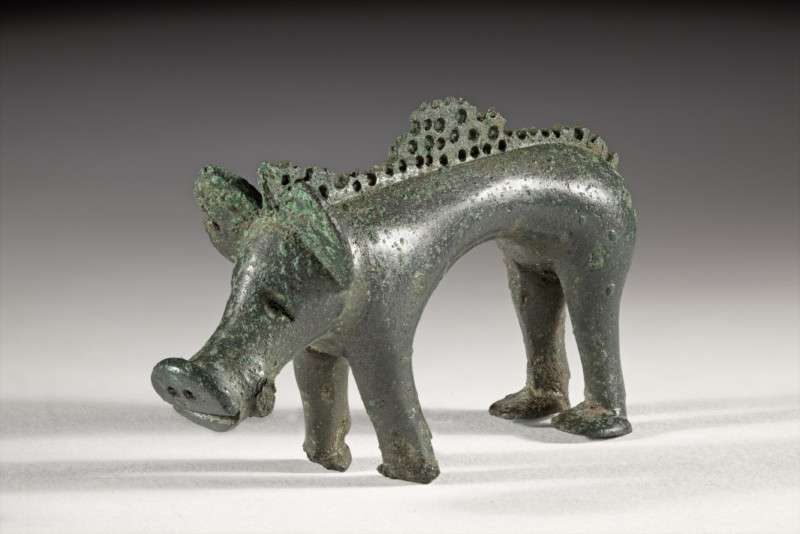