By Salute The Pig September 12, 2019 September 14, 2019 Pork
You’ll already know that this blog isn’t 100% pig focused. That it’s not just a monomaniacal series of elegiac pieces on pork. This occasional slight change of focus isn’t because I’ll ever run out of things to talk, or rant or discuss about them or indeed, find myself losing interest in these beloved animals. No, it’s that I do recognise that the entire world doesn’t — appearances to the contrary sometimes — completely revolve around them. Not completely.
By way of a preamble — to explain today’s slight diversion off the porcine road — you should know that we are off on holiday to Cornwall for some wild foraging, cooking adventure at the Fat Hen cookery school at the end of the month. In all honesty, I don’t really care what the weather will be like, but if it can hold off with the driving, horizontal rain (as that really fucks visibility through my glasses), that would be good. OK, thanks for listening weather gods. Anyway, I’m looking forward to learning more about the huge amounts of wild food that’s available all around us and then cooking up a storm, using these ingredients, in the evening. 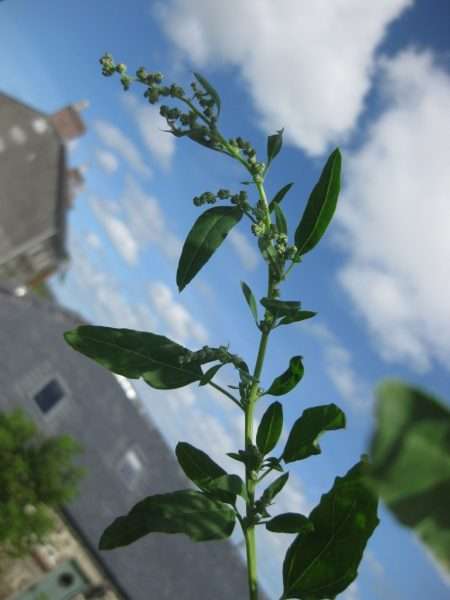 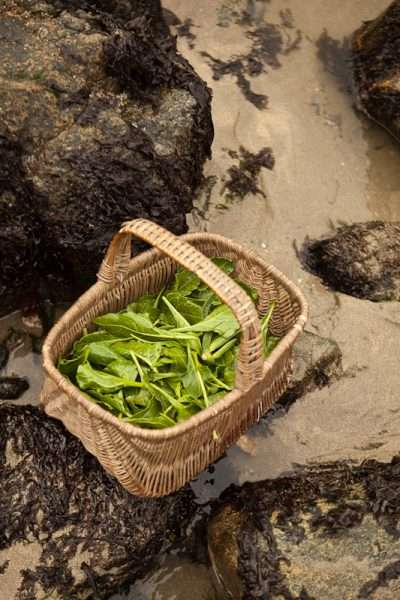 The only slight fly in the proverbial ointment here, is that we’ll therefore have to miss Japan Week in London… but there’s nothing to stop you lot heading along. Looks like it’ll be a lot of fun. 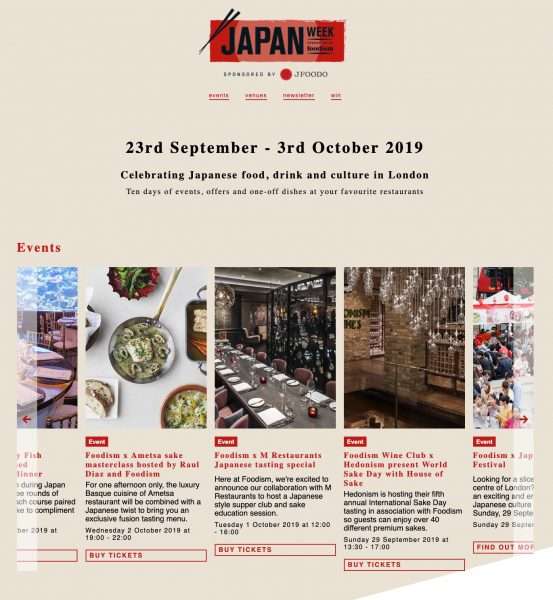 After leaving Wales, we’ll have a few days to eat our way along the Cornish coast. Remember, Cornwall is pretty much the centre of English fish — disagree with me all you like, but with both Rick Stein and Nathan Outlaw centred there, you’re going to have to try bloody hard to change my mind (HINT: you won’t change my mind]. So, fish it will be, pretty much from sunrise to the sun dipping into the western Atlantic. Including a much anticipated trip to Outlaw’s ‘Fish Kitchen’ in Port Isaac. There’s a well worked watercolour of it on their site: 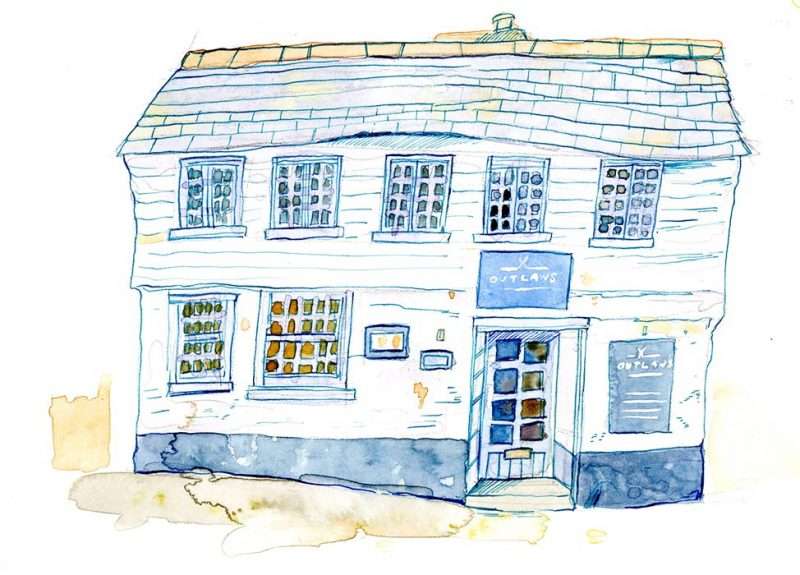 Along the (loooong) way to the very Westerly tip of this (still) fair island (Brexit fire-starters and similar racists fuckers aside), we’re also stopping off for three days at the Abergavenny Food Festival. And can you feel the excitement in my voice? This is where I get to listen to Fergus Henderson himself (along with partner-in-crime, Trevor Gulliver)… 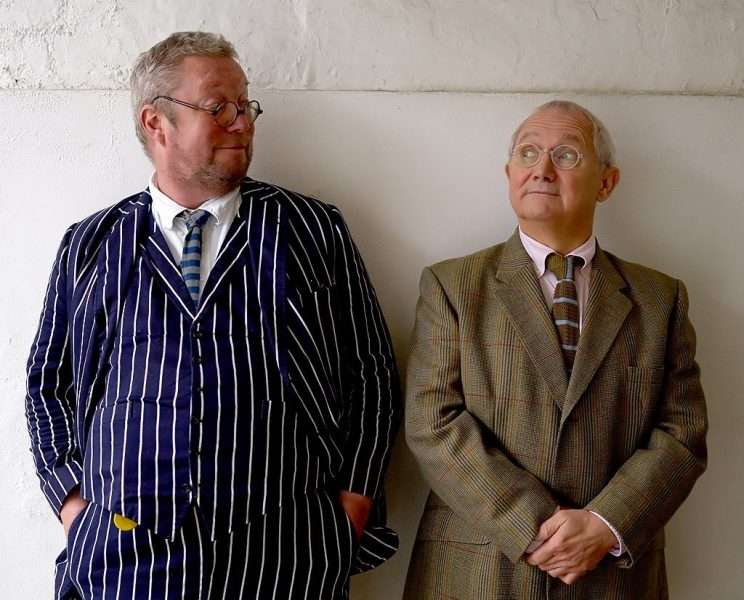 …talk and get a signed copy of their latest masterpiece “the Book of St John” (about which I’ve already raved of course), celebrating 25 years of their stunning cooking which, during the ensuing years, almost (initially anyway) single-handedly revived, no, REVITALISED, traditional English cuisine. 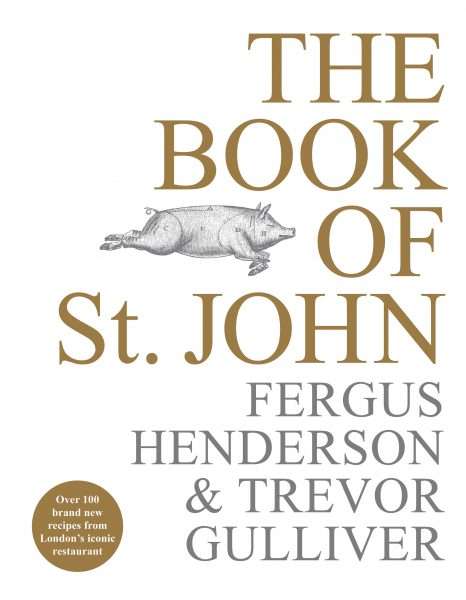 I don’t think you can overestimate just quite how much their food and their philosophy has changed the face of our food here in Britain. They are, truly, the original pioneers of nose-to-tail cooking and influence the entire globe. Including Australia…… from whence comes 29 year old Josh Niland, whose new book has just been released. 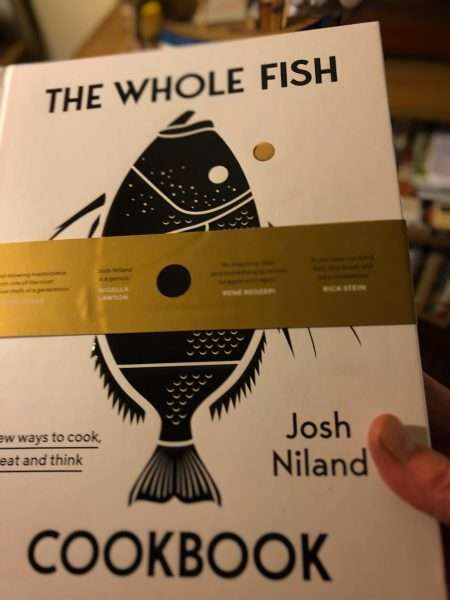 Described, by no less an authority than Nigella Lawson, as…

…a culinary genius and inspiring visionary…

Earlier on in his career, he staged for 4 months at Heston Blumenthal’s The Fat Duck — working mainly on the chef’s book “Heston at Home” — but being that close to London, he and his wife Julie — a pastry chef — very sensibly chose to eat frequently at Fergus’ flagship” St John” restaurant. Sensible people, very sensible. And the ethos he found espoused there on every plate, rubbed off. It must have buried itself deep in his psyche and influenced his future cooking choices.

So, just like Tom Brown (of Cornerstone in Hackney Wick, an alumni of Nathan Outlaw’s)…

…he’ll take a tail-via-fin-to-nose approach to his fish. No waste; no ‘part’ is off-limits. He utilises the offal (managing to use up to 80% of the innards). He uses the bones as an actual centre-stage ingredient rather than just for stock. He coaxes tastes & flavour from fish eyeballs; ground into a paste they’re spread on large sheet pans to air-dry, then baked until crunchy. Once done, they’re described as having a “pleasantly savoury flavour and texture, one akin to a fancy prawn cracker”. And he takes the swim bladders, crisping them up, to winding up just like a piscine pork scratchings. Even the blood is turned into, what else, a black pudding

“that’s so delicious and has no aroma at all. People think it’s really over the top, but it’s more mellow than pig’s blood.”

The sperm sacs (“milt”) are firstly cured, then pan fried, whilst he sets aside the stomachs to later use as casings for his fish sausages. Even the scales don’t just get dumped: at one point, whilst cooking at a charity event alongside another hero of food-waste of mine, Italian chef Massimo Bottura, he caramelised them for a dessert.

You see how he’s taken everything he’s learned from Fergus (and, to be fair, from other talented chefs he’s worked with) to argue strongly for fish coming back into f(l)avour, coming back as a centre-point of the table, as a great (sustainable) choice for people to eat? Located in Sydney, he has both a restaurant (just 30 covers) and a fish butchery in which he uses many of the techniques that a more traditional meat butcher (are you listening Gay?) would use to care for and improve on, the quality of his meat, the fish. They hang and dry age the fish in custom-built cool rooms where they’ll never come into contact with any water, ice, salt or brine, once they’ve been landed from the fishing boat. Different.

When he first set out doing this, it wasn’t completely criticism free:

“People really kicked up a fuss when I opened Saint Peter because I posted a photo of myself on Instagram hanging a fish on a meat hook, and they said I was an idiot.”

But hear him out (and there’s more descriptions of his various techniques here): in his view, if your fish is wet, it’s a bad fish. Any moisture left on a fish — once it leaves the ice slurry that preserves it in stasis on the boat, right after it’s killed — will be slowly breaking down that lovely, firm flesh — shortening shelf life — working its way into this ‘muscle’ or by getting trapped in those pockets left where the scales used to be, in turn, speeding up degeneration. But, by hanging fish in fridge at an ambient zero to minus two degrees C temperature, he knows that he can get up to 12 days more shelf life and even, with certain of his landed fish, such as albacore tuna, three times that long. Plus, he’s of the strong opinion that the fish also goes on to develop a deeper, richer flavour as the moisture evaporates and the fat element ages and changes. Very much like the way a side of beef is transmuted, under very similar conditions.

There’s both a moral case (no waste) and a pragmatic reason for undertaking this work, this process — one that speaks to the high cost that wasting part of the (very expensive) fish brings. Why spend hundreds of pounds (or in his case Australian dollars) on a fabulous piece of protein, only to then dump up to 1/2 of it in the rubbish bin?

So, I’m really looking forward to seeing whether he’s right, so I’ll be taking this new book with me, aiming to cook some of the dishes whilst we’re away, using the amazing quality fish to be found in Cornwall. Although I earlier today showed Val this shot of his Crumbed Sardine Sandwich… 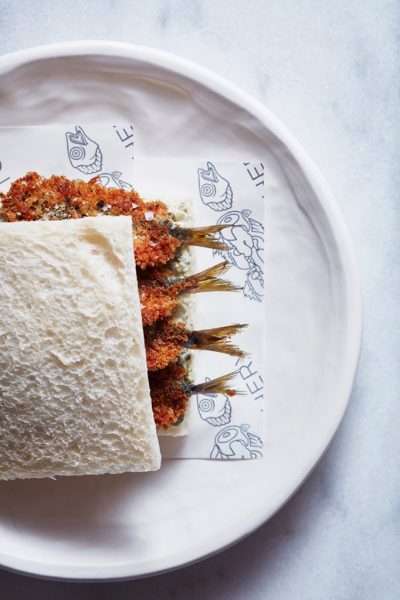 …and she said “not sure about the tails…”. But then I also didn’t mention the Nigella quote. She doesn’t like Nigella.

There’s a sister blog started some time back now called Salute The Fish. This article sits neatly there. And there’s yet another one called Salute The Grains. Which means a metric fuck ton of writing and researching work ahead of me. We’re currently working now on the new project, grains, but the fish (and the pigs) will all get their share of love over the next 12-18 months, fear not.

And finally? Finally is an explanation of the title. Ladies & gennelmun, I give you… Hog Pudding. A pork dish. From Cornwall.

It’s a regional speciality, one also produced just across the county border, in parts of Devon. The first variant mandates pork and pork fat, suet, bread, and oatmeal or pearl barley. That’s mixed together and then shaped into a large sausage, of up to 2″ in diameter— also known as ‘groats pudding’ although I’ve not found out quite why that is yet — resulting in something which looks and tastes very similar to the white pudding found elsewhere in the country. Other versions of the recipe contain a higher percentage of offal (inc. the lungs and the liver) and would probably more more accurately be described as a type of West Country ‘haggis’. Much spicier than the white pudding as it contains lots of black pepper, cumin, basil and garlic.

Hog’s pudding is one of those very local things; in fact I think I’ve only come across it a couple of times having left its native county. There’s a butcher, Philip Warren in Launceston who apparently makes a good fist of producing a version. I’m going to make this myself, then buy his and compare. Or maybe Westaways, whose sausages are shown here.

Enjoy. And see you all again soon. 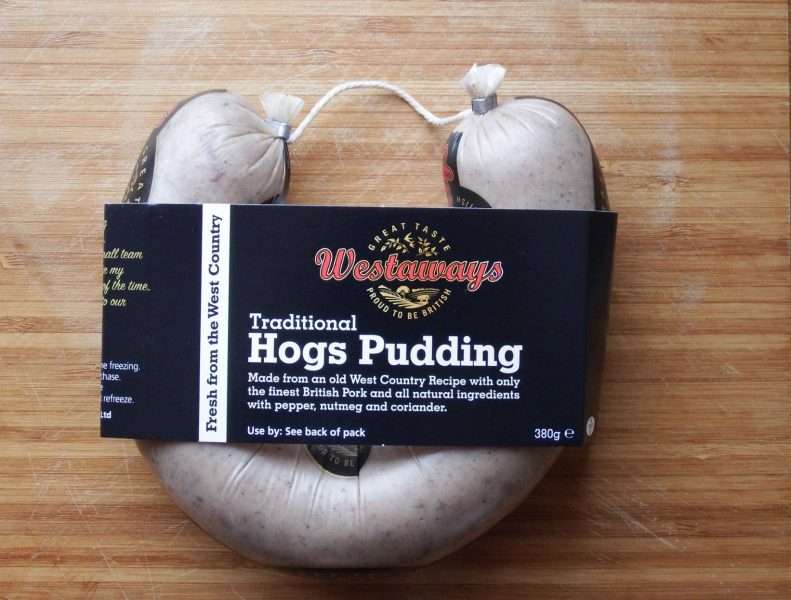