Home Has to be where the heart is.

A shout-out to another new book that arrived here (yeah, yeah, yeah, I know, I know, another one, so shoot me…) 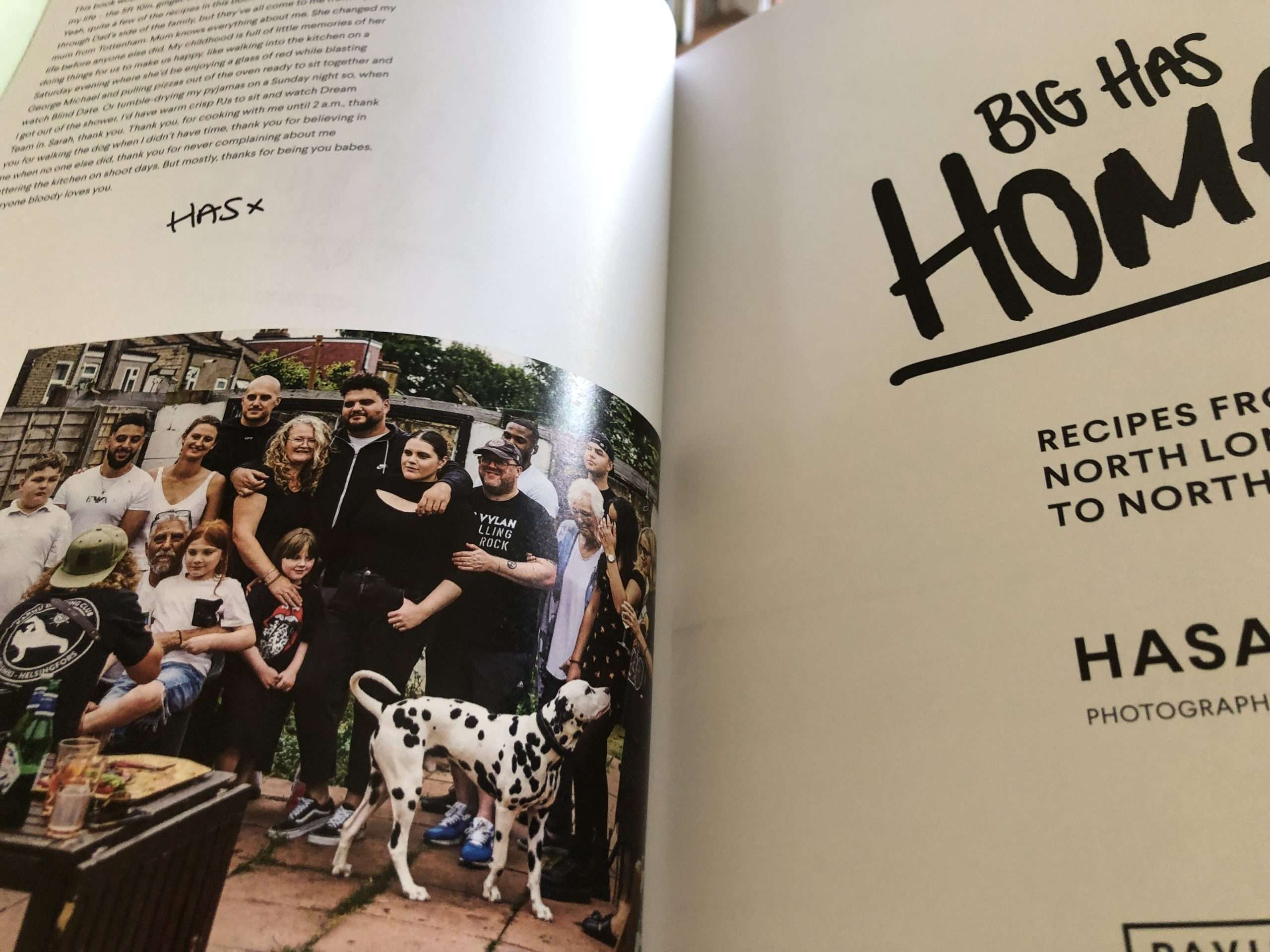 via “Big Has” aka Turkish Cypriot Hasan Semay, of Tottenham, he of the wonderfully watchable “Sunday Sessions” on YouTube fame.The videos are — if that’s possible — even more fun than the book as you also get some of the out-takes that obviously had to miss the cut from the paper, but the latter does at least give you the chance to check the recipe & ingredients in advance (or post-facto as always of course).

What I particularly like about him, is his sheer humanity. He gives easy — yet precise — explanations of exactly why and how he does something whilst cooking, which gives you, the reader/listener/watcher, (possibly) new & transferable skills…

“For me, blanched vegetables are how you should eat veg. Vegetables go into water at a rolling boil and, what I’ve learned over the years is, when the vegetable is at its brightest, it’s done. When your peas go from that dull green to gorgeous tiny balls as green as grass, pull them out and stick them into iced water and let them cool off.”

…but the bits I enjoy the most are when he talks to the family dog in the videos, or dedicates the book to his Mum or is seen everywhere feeding his mates and rolling another blunt. That’s not to say there isn’t ego; just that his hard-worked expertise and sheer chops aren’t the be-all-and-end-all as they are for so many, 99% of them male, chefs, but rather a means to an end. 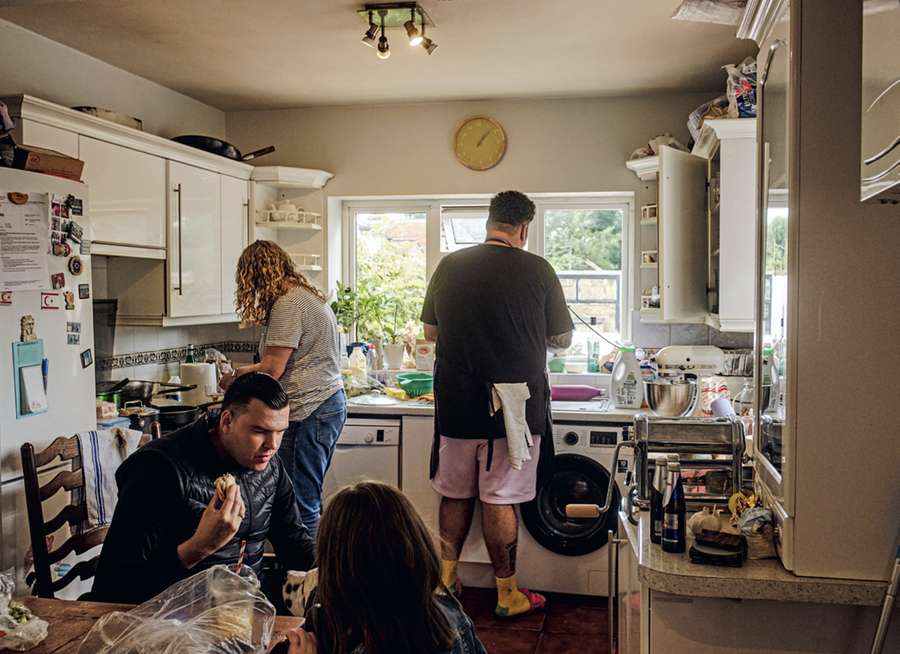 “I guess, for me, food is all about the ‘feels’ and capturing a moment in time – smells, flavour, the environment, the people around you and where you are on that day emotionally. Food is enchanting and captivating. Food swoons me. The best way to learn about culture is through food. I’m a sponge for culture; if I’m eating your food, I wanna learn your lingo, I wanna embrace your music, I wanna see the world from your perspective”

He’s naturally funny. And that’s worth a lot. The book is a whole lot of joy to read. Even if — unless you’re from “the ends” or are a regular visitor to Reddit — there’s quite a lot of contemporary slang, which you’re going to have to Google (or simply just head straight to Urban Dictionary...) e.g. “batty on bench ting” simply is “you can’t have one without the other” when talking about best mate Rob.

And as a further added bonus, they’re all serious, hard-core, reggae fans. Seen?

Whilst there’s some overlap between the book & the videos, that’s mainly in terms of technique rather than specific dishes, but here’s one that’s available (OK, nearly 100%) in both, where he and his Dad, Kamzil, cook their joint chicken recipe. It’s a blast.

And after watching this, here’s the recipe. No, wait, it’s not all here; buy the book, you cheapskate. Seriously, buy the book. It’s a keeper. 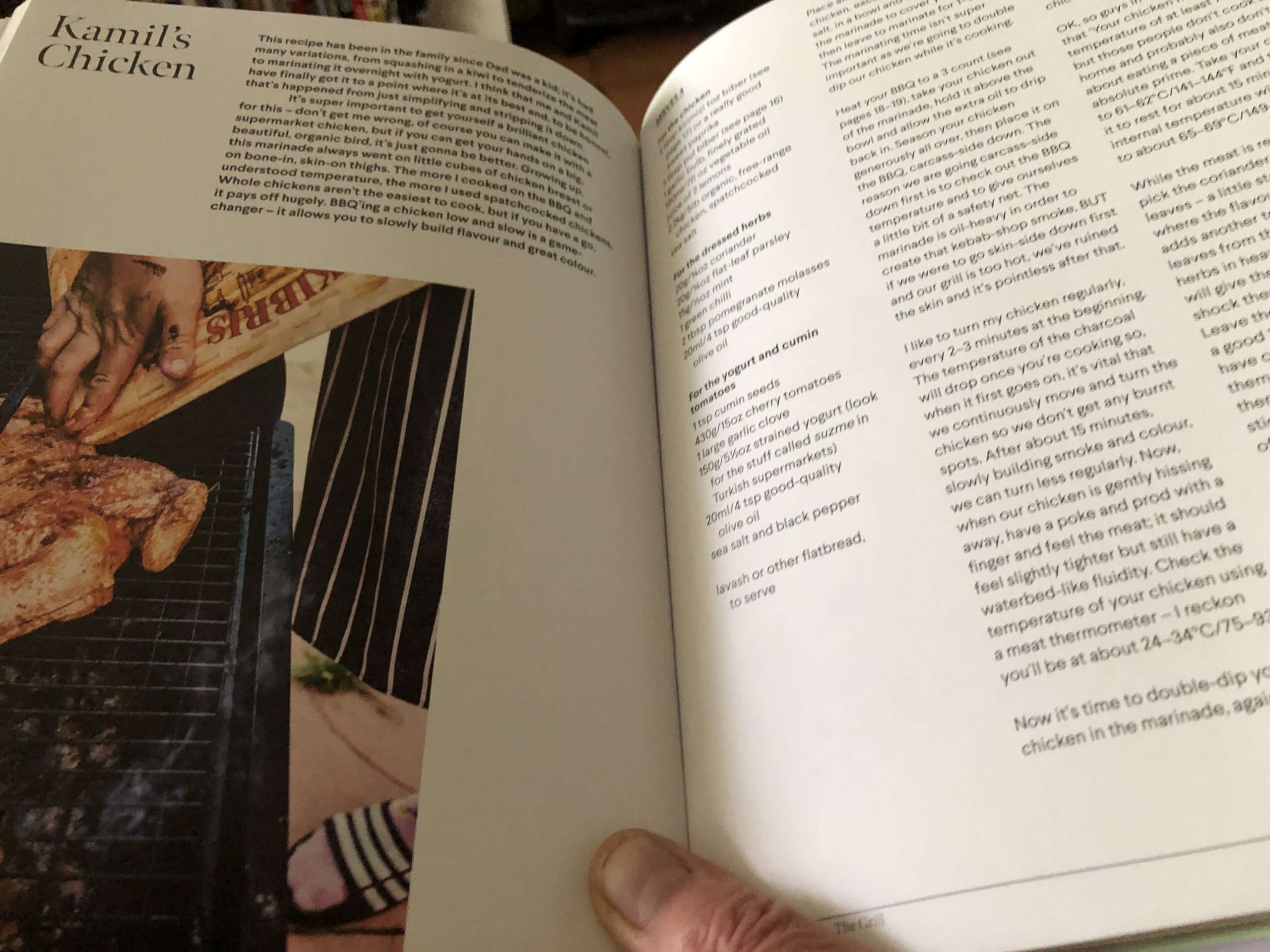 2 thoughts on “Home Has to be where the heart is.”

Support the STP work at Ko-fi