Those of you who’ve been paying attention (“sit up at the back there, stop slouching and put both hands on the desk”), will know that (a) we’re off to Japan in 2018 and (b) that the famous Kurobuta pig is a particular favourite of mine.

Thus, the local traditional shabu-shabu and tonkotsu are both high on my list to seek out and enjoy. 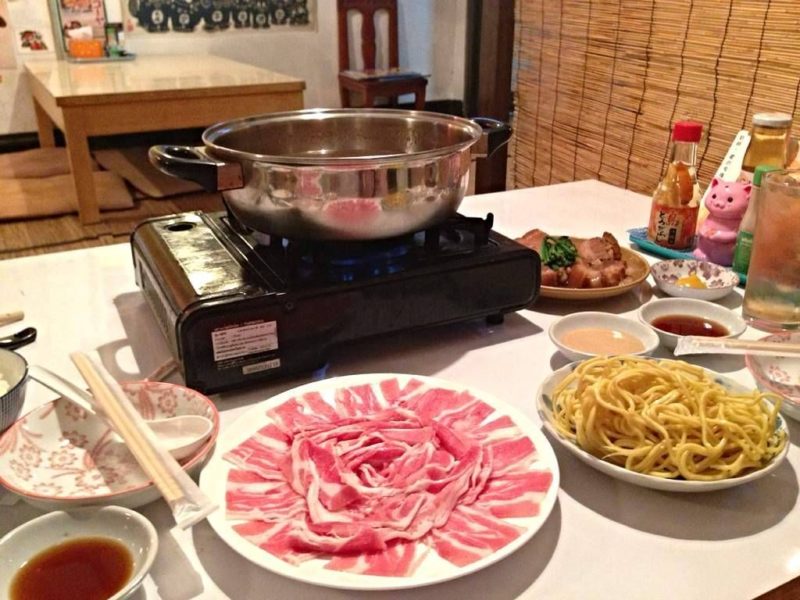 I accept that ‘nibbles’ may be slightly understating it…

Shabu-shabu is a “hot pot” (not as we know it, read on) based around a hot pork-based broth and usually made with two kinds of pork (belly and loin) on offer, alongside an assortment of vegetables (hakusai radish, spinach, mizuna sprouts and mushrooms). The fun part is that you — wrestling manfully with your chopsticks (if like me, you’re still totally crap at using them effectively i.e. I’d starve if forced to eat only with them) — get to cook the vegetables and pork to your liking in your very own personal “hot pot”. Green onions and sesame are served on the side as seasoning as well as a ponzu sauce * for an extra flavour kick. Ramen noodle are served at the end to allow you to mop up the last broth remnants. 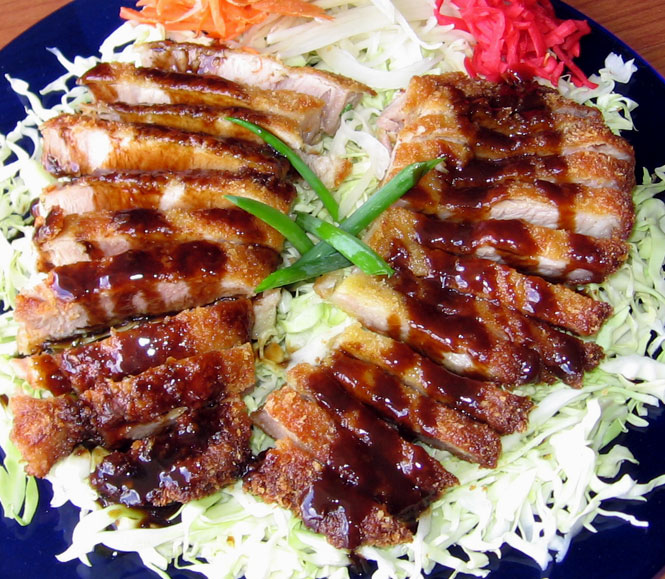 Tonkatsu, which I talked about before, is a breaded, deep-fried pork cutlet made using either fillet and loin pork cuts which originated in Japan during the 19th century and is often served with shredded cabbage. It’s a hugely popular way of eating pork, even appearing as sandwich fillings and in curries. The pork is salted & peppered, lightly dredged through flour, dipped into beaten egg and then coated with panko — bread crumbs — before being deep fried.

Usually eaten with a type of thick Worcestershire sauce called tonkatsu or simply sōsu (sauce), karashi (mustard) and possibly a slice of lemon, it’s also plated along with plain rice, some delicious miso soup and tsukemono (pickled vegetables) and it’s apparently also great when served with ponzu and grated daikon (radish) instead of the tonkatsu sauce.

Drooling already? If you can’t wait to eat this in a restaurant either here or in Japan, then try this foolproof recipe by Mr Turner (he of “Hog” and “Prime” fame) 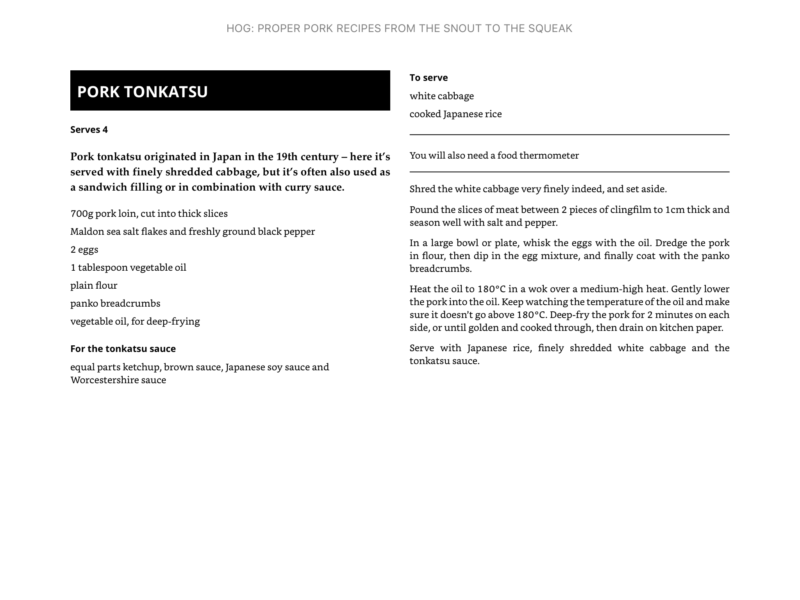