The old @pittcue in Soho was where we first came across their amazing food. They’d just moved from their Tom Adam’s initiated food van, stashed securely under Hungerford Bridge… 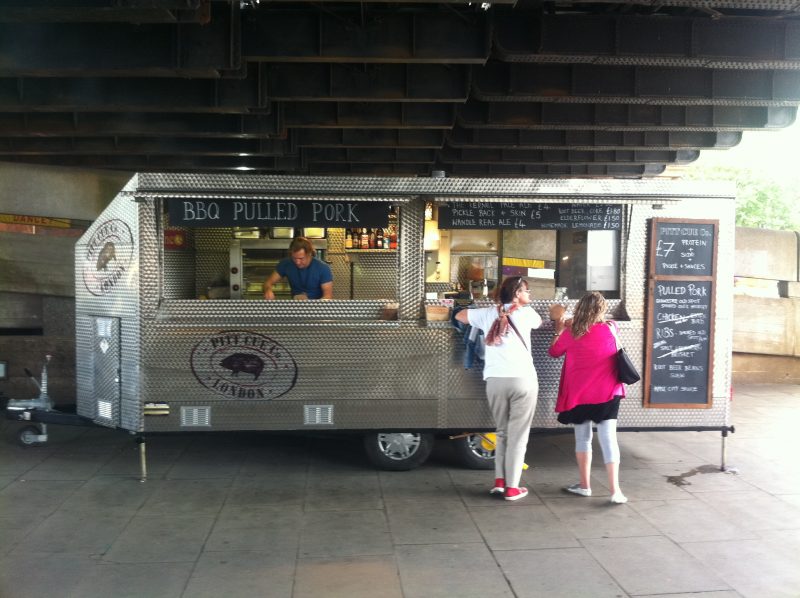 …to a slightly larger space, here on the edge of Soho. 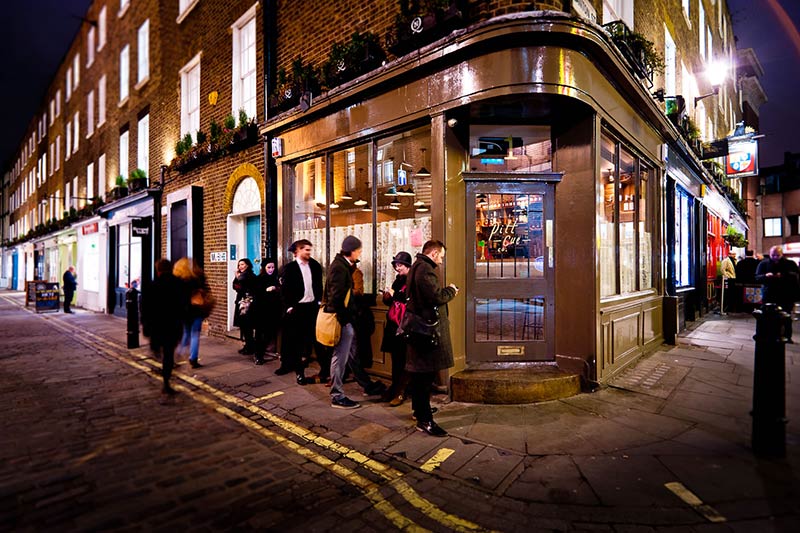 Since those halcyon days — all the way back in 2012 — they’ve moved onto a new location far, far away in the d̶a̶n̶g̶e̶r̶o̶u̶s̶  gentrified East, right in the gaping maw of the Mammon City beast; the decision made to remove some of that earlier facial stubble, the hair brushed “just so” and T-shirts & trainers having given way to a more “City gent”-friendly demeanour, the chairs plumper, fuller (like the arses of those eating there), the air-con fresher, all the better to circulate all the expensive colognes wafted around.

The new place offers actual reservations rather than the Newburgh St “turn up and queue” system, has a pretty grown-up wine list, fine cloth napkins (not paper darling) and from the look of it, is large enough — were they so minded — to allow diners or staff to swing around a pair of the wonderful Mangalitsa pigs that feature so much in the new menu. 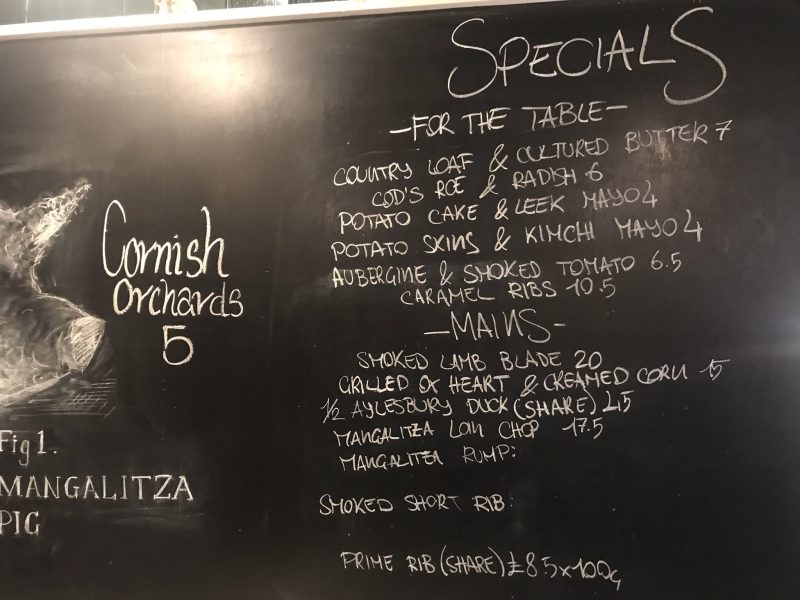 Here’s a pre-cooked look at the Mangalitsa loin chops. You can almost dive into that deep, white fat. Gorgeous. 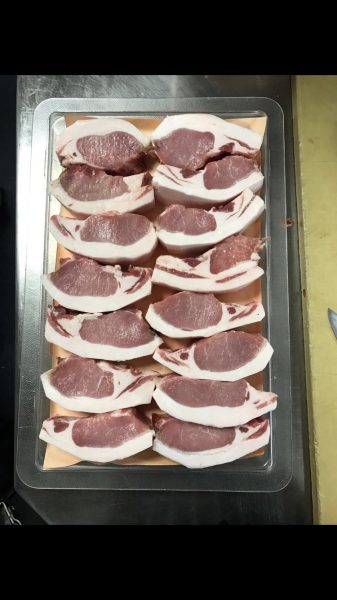 There’s this piece via Eater that shows just how fantastic and mature now is their food. If you haven’t eaten there, you really have to go. It’s the dog’s dangly bits. In spades.

Just watch out for the banksters who contaminate the area though. Best go at the weekend when their tidal stain has moved away. Remember: “Eat the rich”. 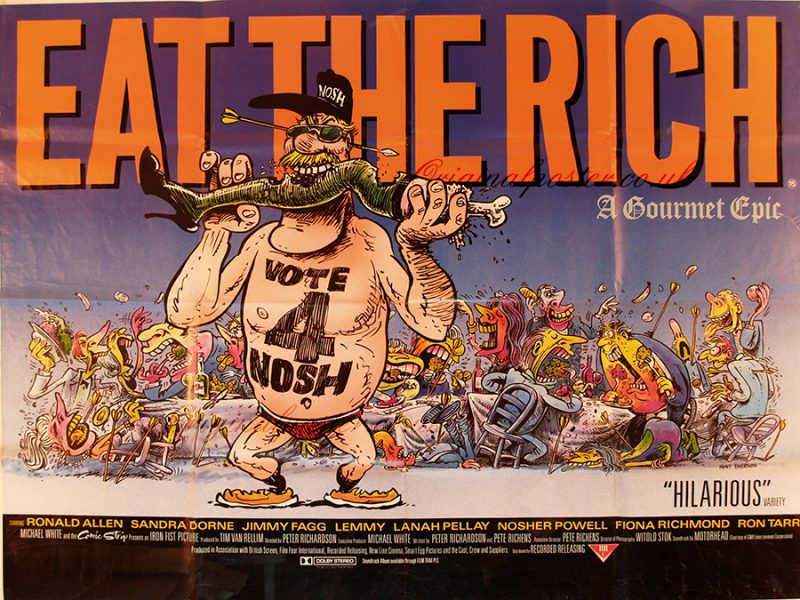 And finally? How about the philosophy of Alice Waters? This shot is from this fine piece of writing here in the NY Times about “Sex, Drugs and Sustainable Agriculture”. She also has a new memoir, “Coming to My Senses: The Making of a Counterculture Cook.” Both are well worth a read; especially bearing in mind that these tenets were expressed all the way back in the early 1970s, yet are still so very important and still need emphasising today. Respect Alice, respect. 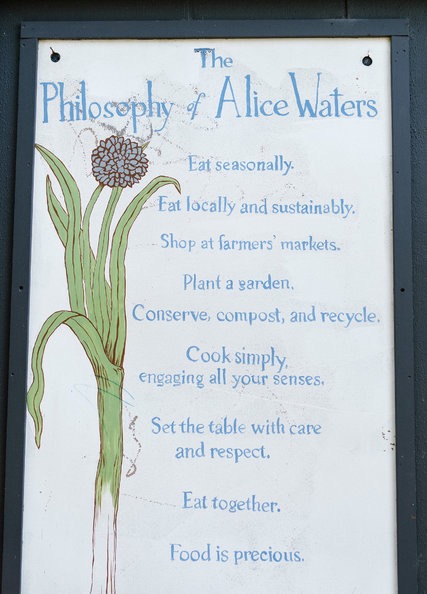 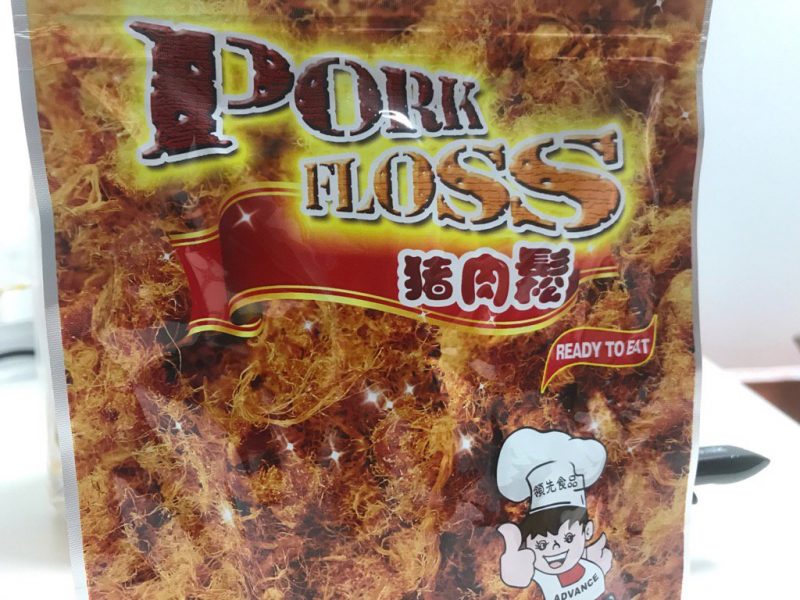