Missed out on the real pork?

There’s a lot to say about our recent trip Japan and there will be a huge number of posts to follow covering a (small) portion of the mélange of varied delights that we encountered. This first one covers my (initial) disappointment at the fact that the Kagoshima Korobuta pork had already sold out on the menu of the tonkatsu restaurant we’d chosen by the time we came to order. Val will testify to how close I came to being (and looking) stupid and walking out.

In a welcome departure from the (generally very low) standards set by food courts in the US and the UK, department stores (and railway stations) in Japan contain some of the finest (and often most expensive) restaurants around.

Tokyo Station is almost a city within itself — we managed to get totally lost — with a stunning number of shops and restaurants both inside and out the ticket gates. On the B1 level, you have Tokyo Character Street with anime and manga characters; Tokyo Okashi Street, a massive selection of sweets and snacks, and Tokyo Ramen Street, with eight of Tokyo’s top ramen shops. You’ll also find a mind-bending array of ekiben–the special bento boxes that are designed to be unique to each station and are highly recommended when it comes to Shinkansen travel.

There are (count them), 36 alone just in the Takasimaya store in Tokyo’s version of Times Square. We chose Katsukura, a tonkatsu (豚カツ) one, as we’d not eaten that particular dish yet in the 3 weeks we’d been in Japan. 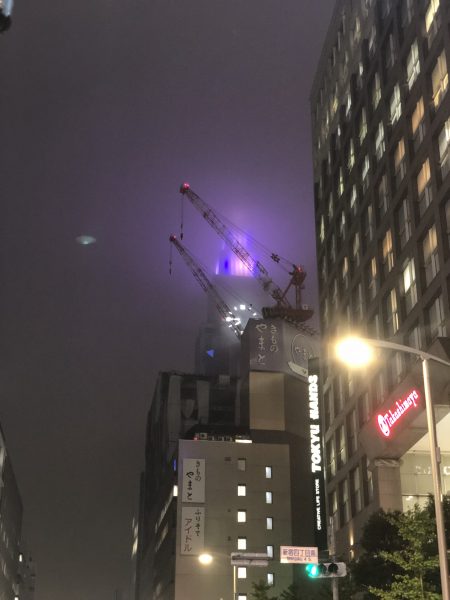 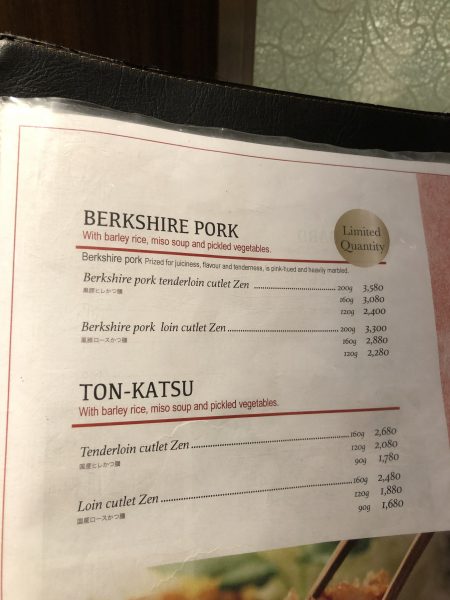 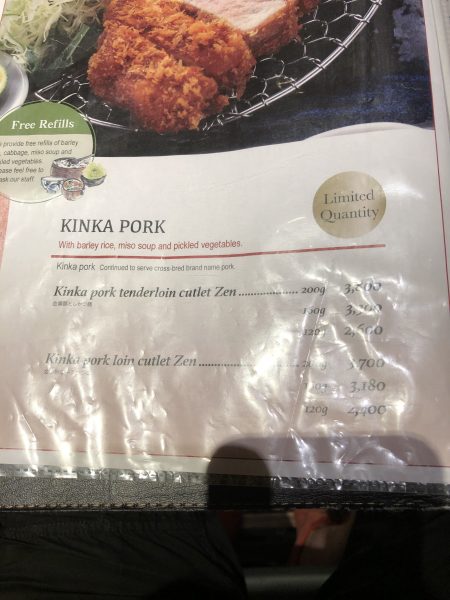 Obviously, knowing my love of the Berkshire, I chose that — only to be told that they’d sold out. Sensibly not allowing me to throw my toys out of my pram — Val suggested I choose the Kinka version. There’s a separate post to follow on this pork variant. It’s not one I’d heard of before but apparently is pork farmed by Hirata Farm (平田観光農園) of Yamagata Prefecture. I’m researching this now, so more updates to follow

One of the rather fun bits here, was that you were encouraged to grind your own sesame seeds to the consistency you prefer using this lovely wood pestle & pottery mortar. 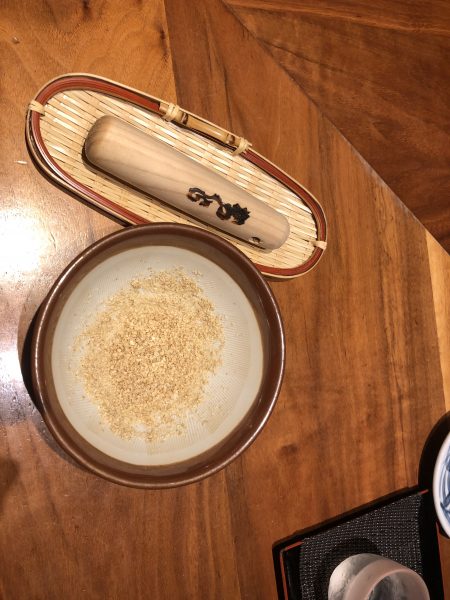 A bit of a history lesson here:

Deep-frying isn’t a native Japanese food prep method but in an 1872 cookbook called Seiyou Ryouritsu (literally “The Western World Cookbook), there’s a description of a breaded and fried dish called Hohru Katsuretsu (or “Whole Cutlet”). The first recorded appearance on a menu was at Rengatei, a still extant restaurant in Tokyo’s Ginza district, around 1899 where it was  called Pohku Katsuretsu (“Pork Cutlet)

The Meiji Restoration — which brought with it the opening of trade with the West along with a new constitution modelled after the German empire legal structures — occurred at this time and it’s suggested that the English name offers the source of this dish but it’s much more likely to have derived from either the Austrian Wiener Schnitzel or the Italian Cotoletta alla Milanese.

The name Tonkatsu didn’t appear until quite a lot later; it’s a portmanteau word composed of ton (“pork” in Japanese) and katsu, an abbreviation of katsuretsu, the Japanese transcription of “cutlet”.

So, anticipatory juices flowing, this was the dish that appeared. A great mound of grated cabbage (over which you poured a delicious sweet sauce) and the tonkatsu pork with an accompanying savoury/spicy sauce. And a bowl of plain rice. And that’s pretty much it. Pour the pork sauce into the sesame seed bowl, mix and dip. 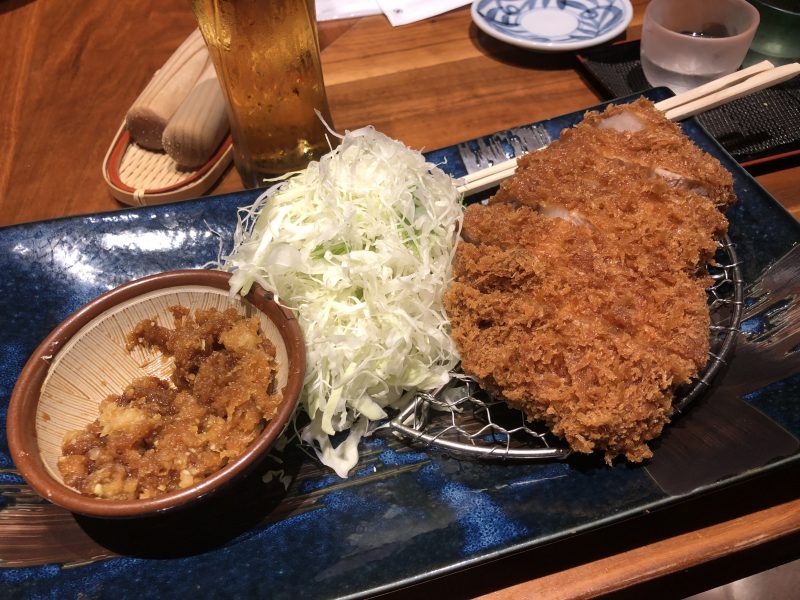 So how did it taste? Superb juicy pork, stuffed with flavour. The crumb, light & crispy. A small beer and some cold sake all that was needed along side it. Thanks Val for making sure I didn’t miss this 🙂