They are. This wonderfully atmospheric image was taken by a Russian photographer, Grigory Dubinsky, early in the 20th Century. 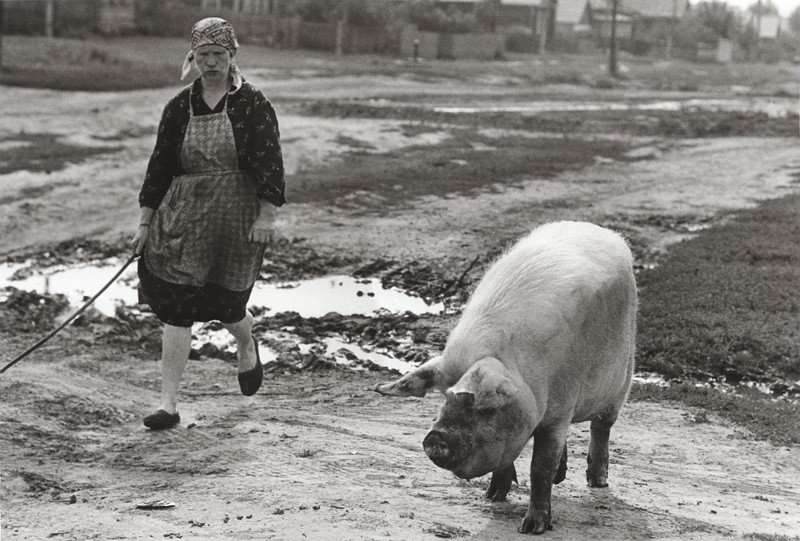 Herding pigs can be, er, challenging. If they choose to push back then, believe me, there’s not much you can do. The little paddle and shield can guide them. But generally, only if they choose to let you…

The modern variants are plastic but back when we helped Dad on the farm, the boards were cut down bits of ply and the ‘swords’, looking rather like giant tongue depressors,  were similarly, just turned bits of wood. And of course, we used them to joust between us kids.

More than once, a large sow managed to trap me against a wall or in a corner. She’d push. Just enough to show she was boss, just enough — with a glint in her upturned eye — to show what she could do if she chose but then would back off. But you knew that if she ever kept pushing harder, you’d be hurting.

Respect these lovely animals. And revel in their sense of fun, joy and mischief.