Did I tell you we’re visiting Japan next year? Oh, I did already? Well, yes we are. And aiming to eat our own body weight in the food delights from there. But before I delve again deep into the delights of pork dishes from Nippon, my eye was caught again by this one, albeit a pork plateful that originates from a neighbouring Far Eastern country, and not The Land of The Rising Sun. 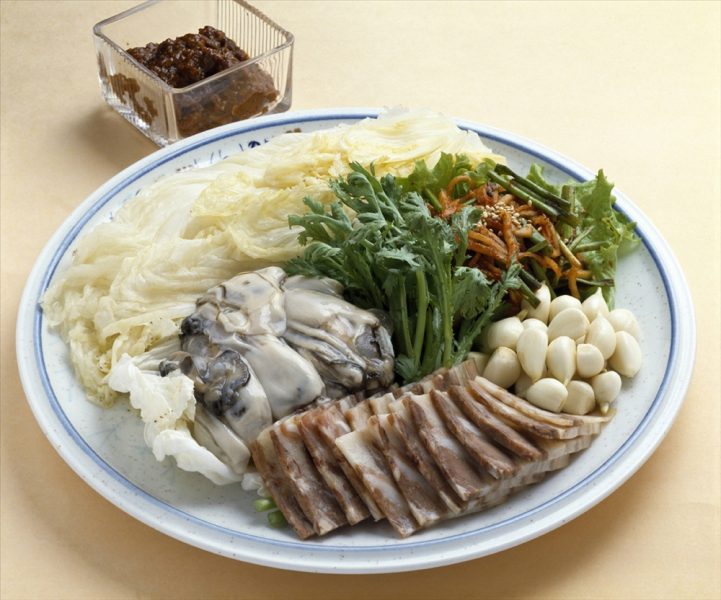 This is Bo ssäm or Bossam, a classic Korean pork belly (or shoulder) dish. The pork is boiled in a pot of water along with some star anise, some sliced fresh ginger, diced scallions, a couple of cloves of smashed garlic, doenjang (soybean paste), coffee powder and tea leaves until tender. Then it’s cooled and sliced and served with side dishes which sometimes means with fresh raw oysters, when it’s called gul-bossam (굴보쌈; “oyster bossam“).

I saw a piece back in 2012 about the version served at his Momofuku restaurant, by David Chang, who charges upwards of $200 for his version (albeit as a shared dish for between 6-10 covers) which looks completely different in this photo based on his recipe versus that one above at Wikipedia. They both look great; different sure, but great. 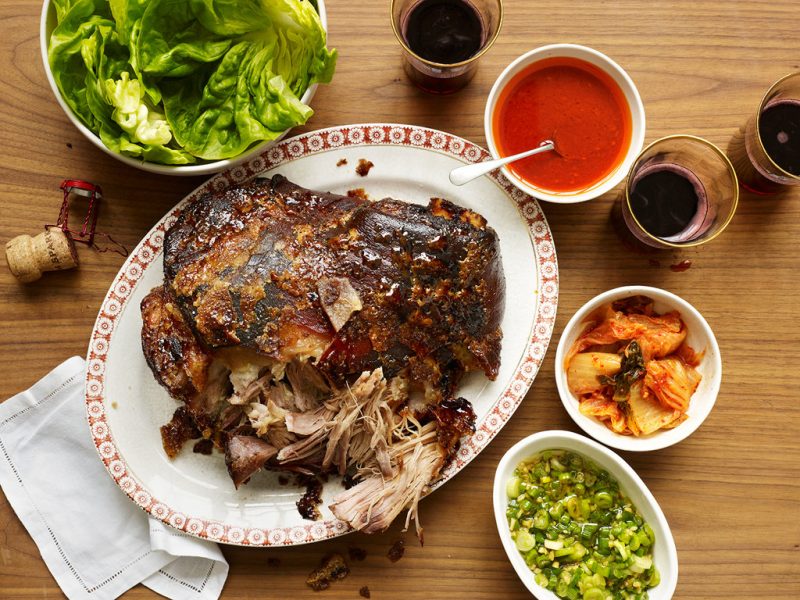 Here’s David’s recipe which he released into the public domain some time ago: 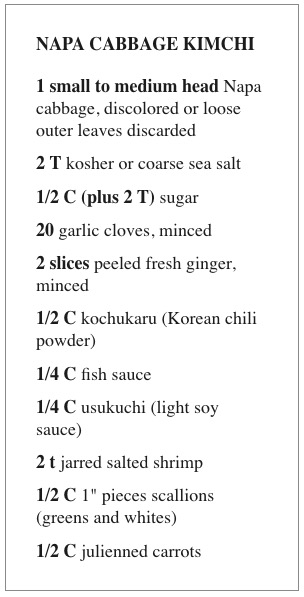 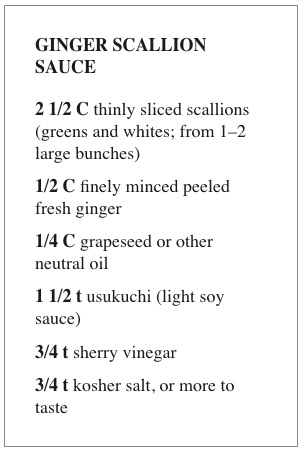 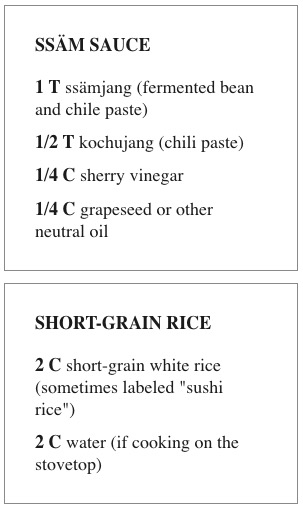 And finally, if that’s not enough to get your juices flowing, here’s a shot of his killer dry-aged ribeye. 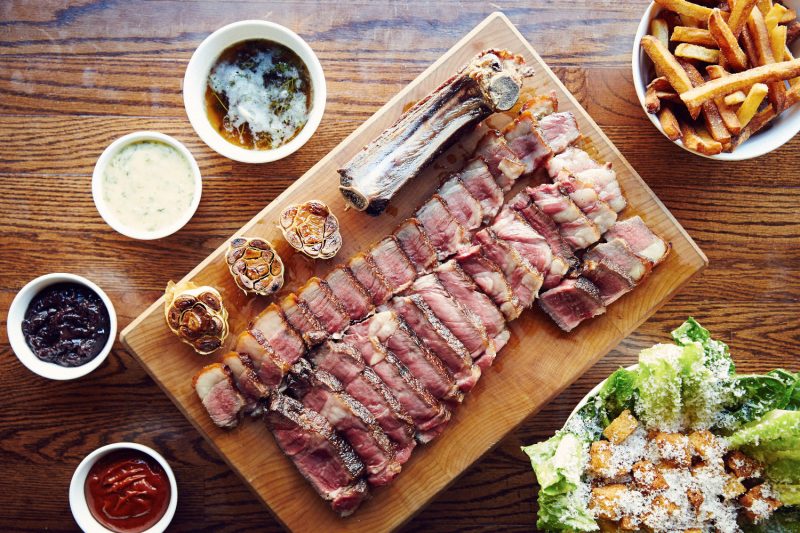