“Picture this, a sky full of thunder

Picture this, my telephone number

One and one is what I’m telling you

Get a pocket computer

Try to do what you used to do, yeeeeeeeah”

via Blondie, all the way back in 1978. Took quite a while for us all to get that “pocket computer” she sang about, but pretty much everyone has one now.

I recently bought a great print of some pig artwork by the very talented Ian McDonnell courtesy of Tom Adams of Pitt Cue fame (often referenced in previous posts).

Tom agreed to sell me one of only five signed copies that had been made of this print. I’m very grateful to him; I loved the one that used to sit on the wall at the old Pitt Cue restaurant in Soho and had badgered him ever since for details of how I could get a copy. I think he finally agreed to sell it to me just to stop the continuous flow of begging emails I was sending him…

So, here it is, hanging on the wall above my desk at home. It took a little while to get it properly framed (hat tip here to Andy & Emma at “The Framery” for their fine work) but I finally got to bring it home today.

I’ve deliberately left all the artefacts in there (inc. a rather sinister shadow image of me) as they give an idea of the size of this piece. Much larger than his other works. 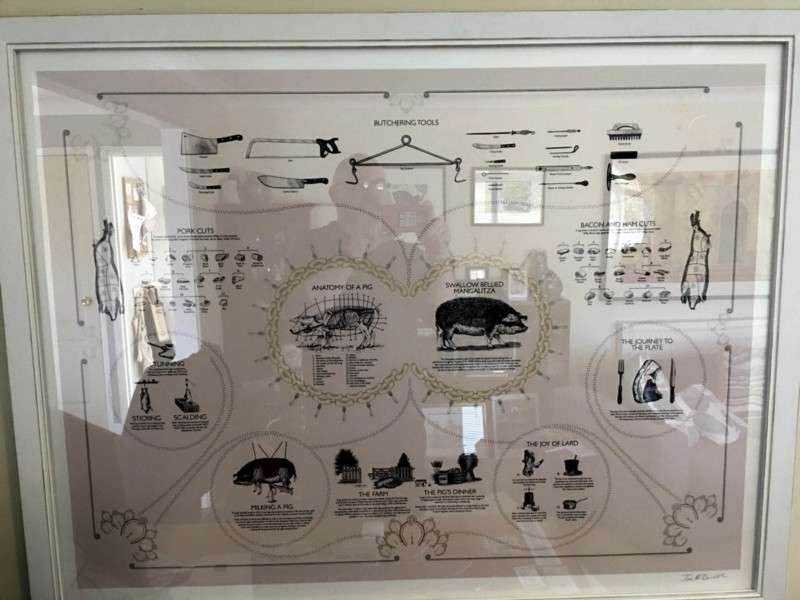 You can view some of Ian’s previous prints on this page and see where some of the ideas and images that he used in this Pitt Cue one originated. I love this one called “When We Had Pigs” using hot-foil techniques to highlight details. 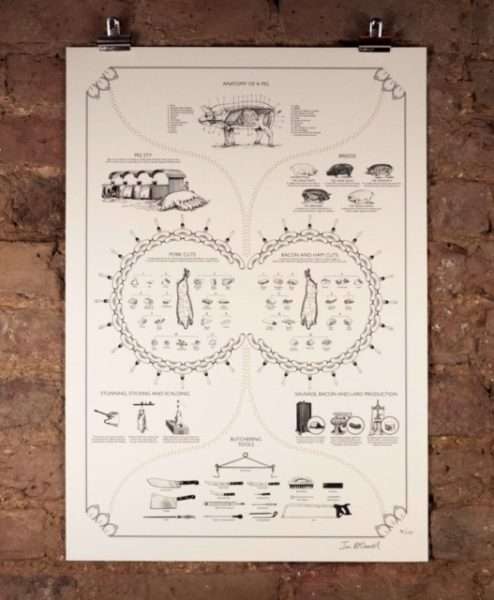 The sections on both labelled ‘butchering tools’ will be a reference point for a new post on the breaking-down of a pig carcase that I’m planning to have out there shortly.

Oh, “one last thing”. Pitt Cue doesn’t open at the weekend anymore unfortunately (boooo!) despite what it still says on the website…

but here’s a couple of shots of their new place, nestled in old converted warehouses, behind Liverpool St Station. The first one is a view of the in-house brewery called

Whilst taking these shots I was asked “what I was doing hanging around outside” by a security guard as “it’s all closed”. Sheesh, education standards are falling daily aren’t they? It’s called “photography”, you dick-head, not “terrorism”. I was actually politer than that when pointing this out to him. I’m quite proud of myself. 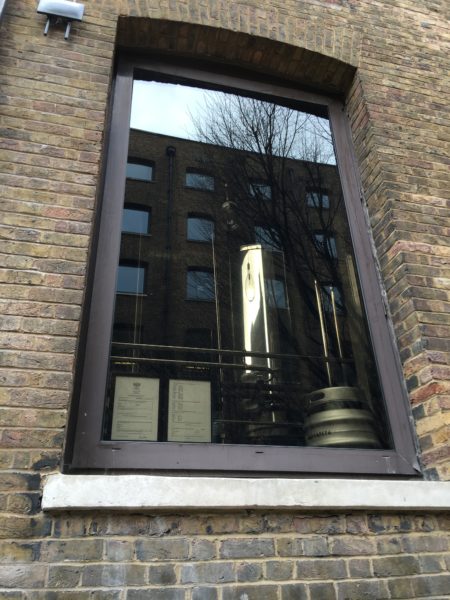 The second is taken silhouetted against the Gherkin. A rather good accompaniment to meat… 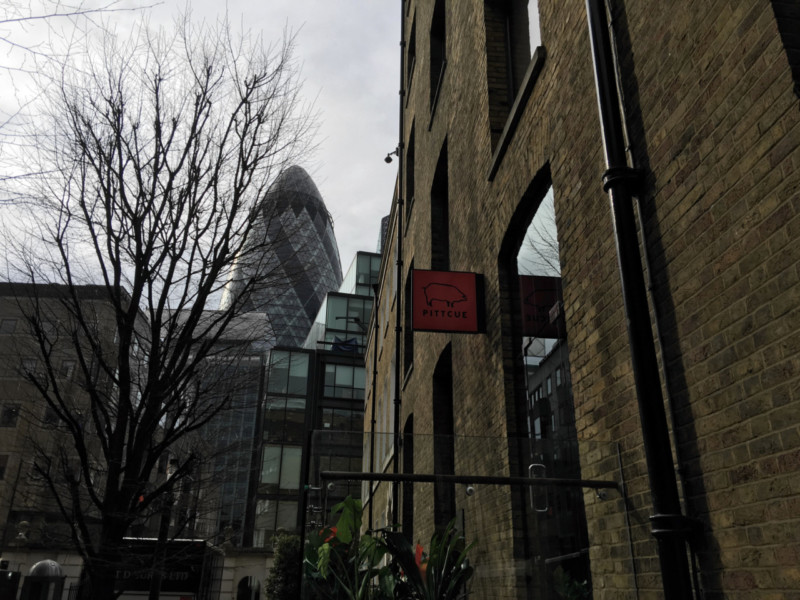 Opening at the weekend Sir? Fuhgeddaboudit. Neither is Hotbox, located in Spitalfields. Come on people! Close on a Wednesday or something FFS! But I will still be going back there to check out some of their delicious sounding menu items: