Pigs at the mall

We’ve never been to Adelaide, but these four bronze pigs may just tilt the decision in its favour when looking at suitable places to grab some nose-bag whilst Down Under. There doesn’t seem to be any shortage of good places to try there. Wood baked SA blue swimmer chilli crab & Chinese doughnuts anyone? 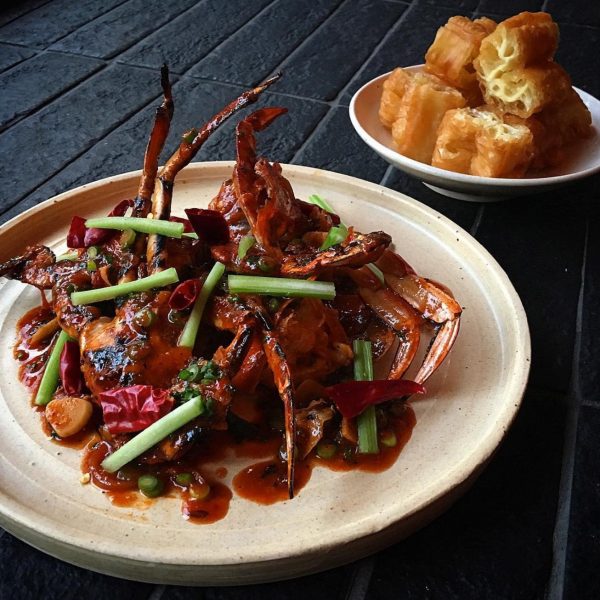 The four have been named Oliver (standing) Horatio (sitting) Truffles (sniffing the ground) and Augusta (rummaging in the rubbish bin). They’re located in Rundle Mall — not as bad as it sounds, as it’s more like a street than one of those soul-less imports from the USA, increasingly polluting & vampirising local businesses in more and more cities around the world. No, more market than mall, it appears. Which is good. 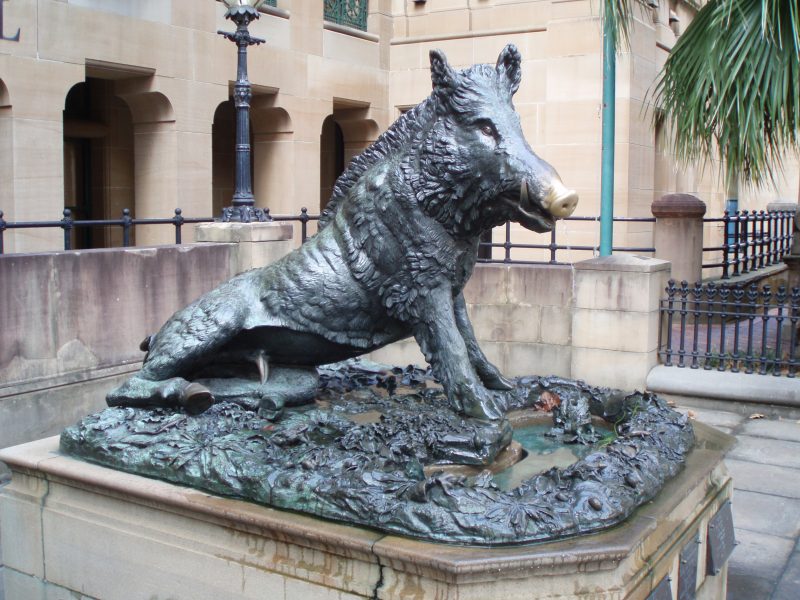 So, here they are: 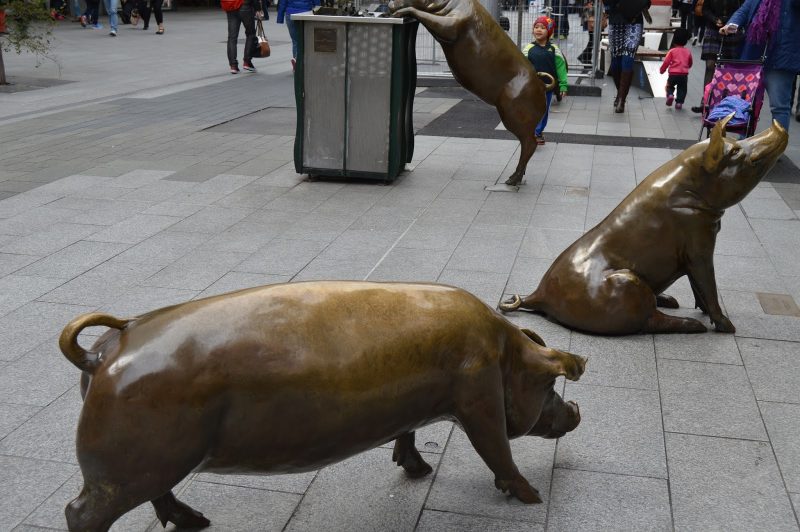 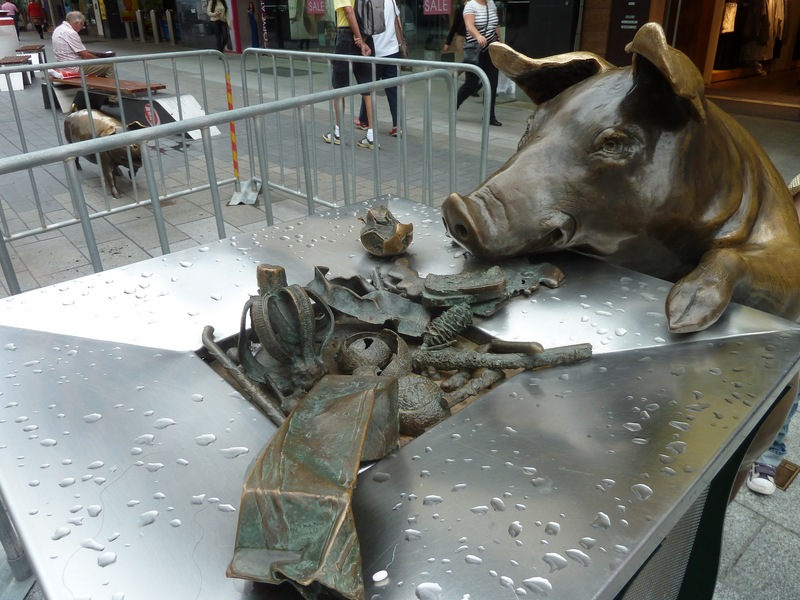 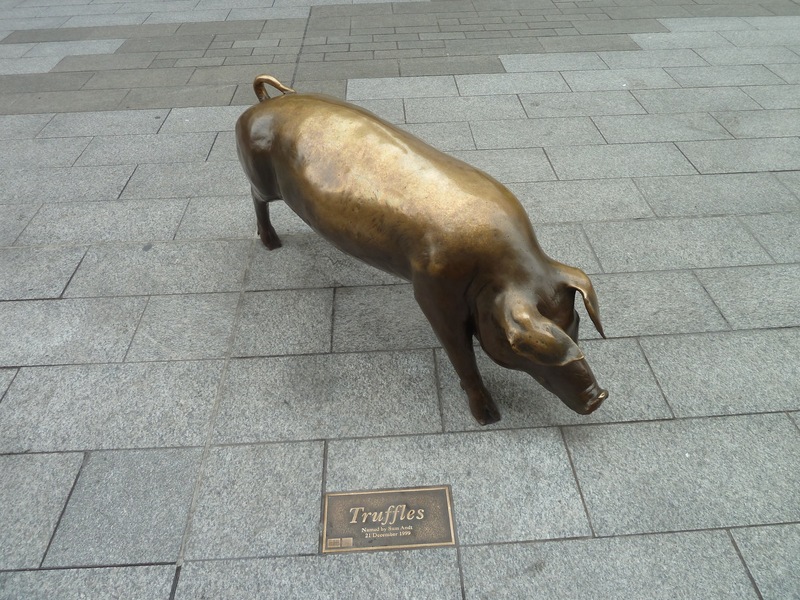 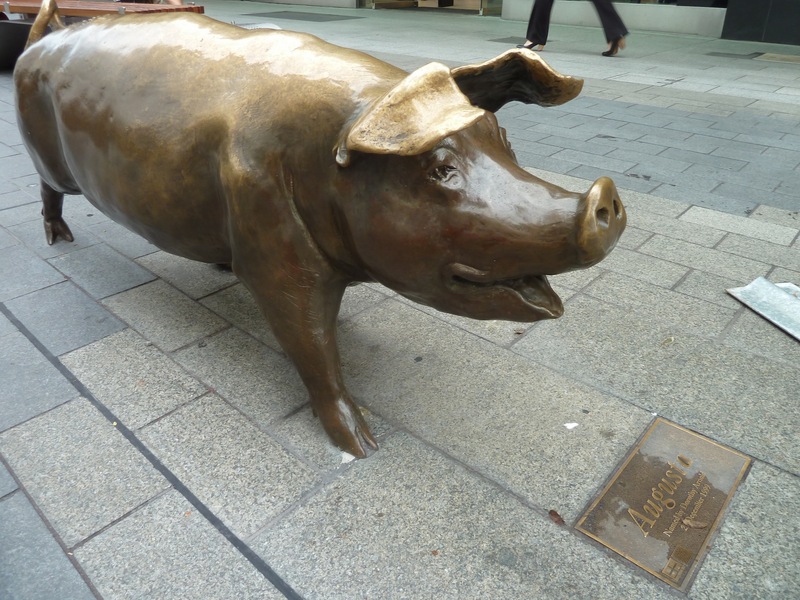 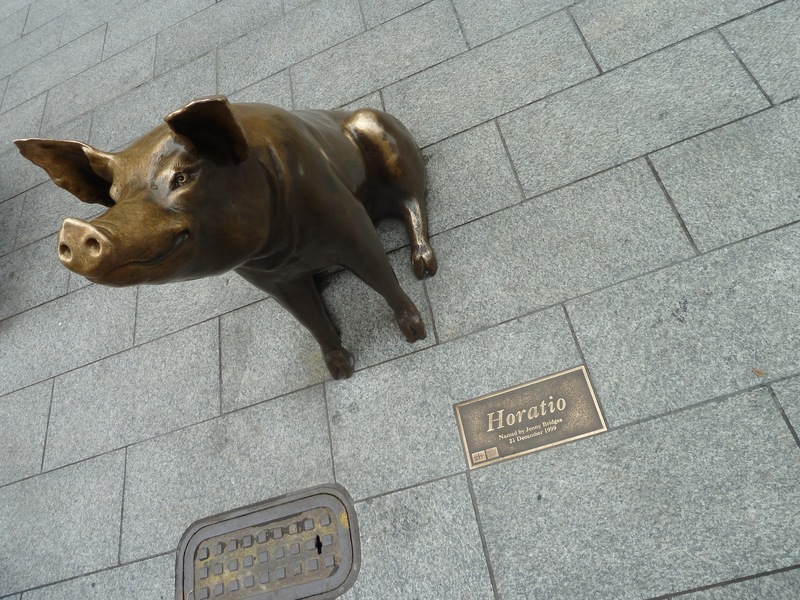 I love them, Augusta most especially. She captures both the intelligence — and their amazing ability to sniff out suitable food anywhere — along with that sense of sheer fun that all pigs exhibit. Thanks (yet again) to Val for nosing them out.

And one last thing? Making sure people know where their meat comes from and the (often bloody) processes involved is important. If you’re divorced from this, unaware of what’s being done to get meat to your table, that’s when the bad shit starts happening. Transparency  — daylight — makes it much harder for people to conceal things like the horse meat episode, the Brazilian meat inspection corruption,  the 2 Sisters chicken scandal, recently uncovered in the UK.

So, when I hear that in Sissach near Basel, Austria, butchers from the town’s Rolf Haring shop have revived the tradition of public pig slaughter, called Metzgete, I applaud their openness. It’s not pretty, it’s not something that a lot of people could or would want to do; but it’s the truth about your food. And the truth is even more important in these Brexit dog days.