We’d been wanting to get to eat at Pitt Cue for ages but for various reasons, until this weekend, we hadn’t managed to get through the door (at least whilst they were open — MEMO TO SELF: arriving during the staff break time really doesn’t help & only serves to frustrate the hungry potential pork-eater).

Finally, Saturday a couple of weeks ago, we managed it…

After a morning of kulcher & learning, spent wandering through, amongst other things, the “Vikings” exhibition at the British Museum (some spectacular stuff on view including a model of their 100-man invasion ship & some hugely interesting detail about this Nordic group of ruffians — did you know for example that the words “egg” and “sister” both came to the English language from this part of the world?), we strolled over to Soho, to Newburgh St. and grabbed a pair of seats at the bar.

The vibe was the same as that in The Butcher, in Amsterdam. Different country; same attention to detail and an obvious love of great meat.

This isn’t a place for those of you of the vegetarian persuasion (I wanted to spell that as perversion, can’t imagine why) to go to, but then if you’re reading this site, you’re probably not overly worried about meat (& the many gorgeous, tasty juices that seep out) and other carnivorous comestibles anyway. And if you are worried, you should probably stop reading now & go elsewhere.

Above where we sat was this great print:

The menus change seasonally, maybe not daily but regularly, so there’s no guarantee that what we ate will even be available anymore but even if you don’t get exactly what we had, I do guarantee, 100%, that you’ll not want for amazing mouth-watering taste experiences & smells.

And so, to the chase: 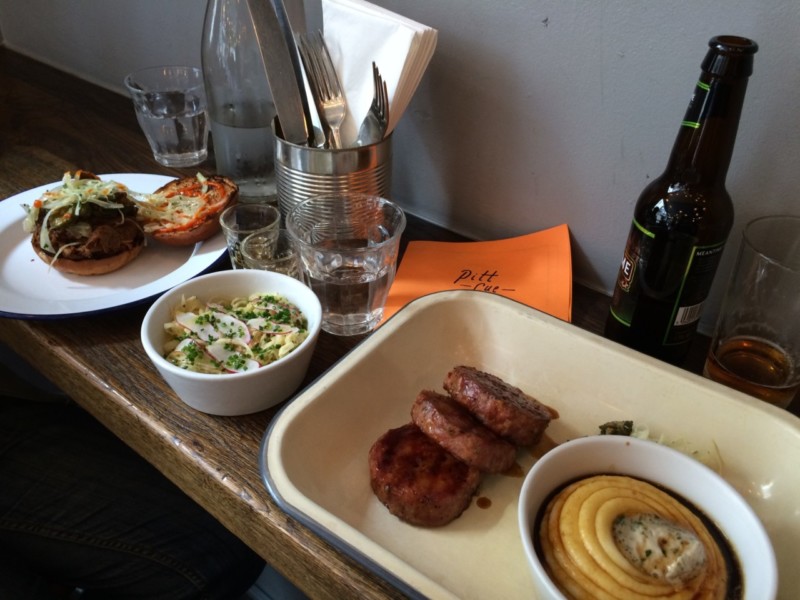 My choice, on the right, is delicious roundels of pig’s head sausage, succulent, firm, rich, accompanied by a sharp, crunchy, bread & butter pickle and a side of peppered mash, in the centre of which sat a heart-warming mound of bone-marrow. Next to it is the first (or maybe second) of the picklebacks (a shot of rough whiskey chased with a shot of pickle-juice) and a great London brewery pale ale. Finally, on the left hand side Val managed to nearly finish her pulled pork “inna bun” with a fantastic green chilli slaw.

I though that’d be enough but having attained pork nirvana, the guy behind the counter easily managed to convince me (nothing to do with an excess of picklebacks, no Sir, not me) that an additional side of duck sausage with pickled cherries on top should also be tried. He was right. It was great. I forget to take a shot of this — I was too busy eating — so shoot me.

Their bourbon choices are rightly legendary: 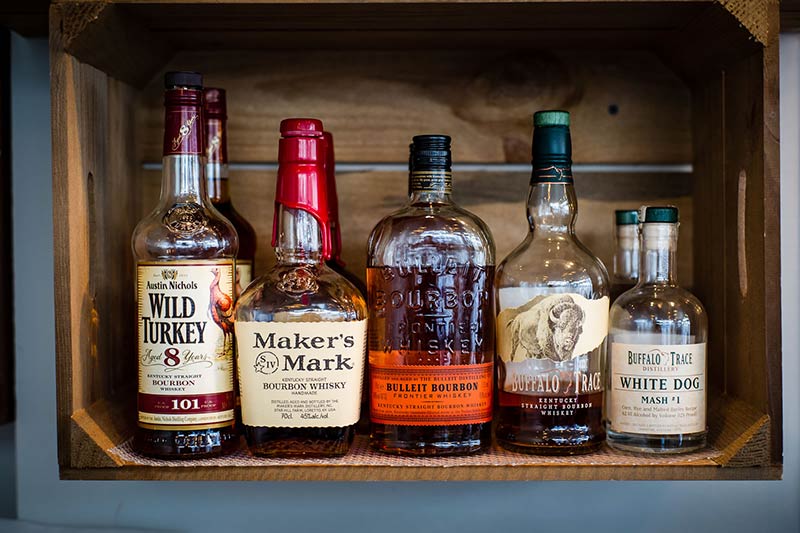 I could have carried on eating & drinking all afternoon and into the next day, to be honest but, deciding to make this a regular stop, managed (unusually for me) to exercise some small measure of restraint, saving the rest of that goodness for the next visit.

I bought their cook-book some time back (although I’ve only managed to get around to cooking their baked beans so far). You should too. As it says on the back “…we both left the place feeling like the little baby Jesus had hand fed us personally”. The (otherwise anonymous) Bert wasn’t wrong… 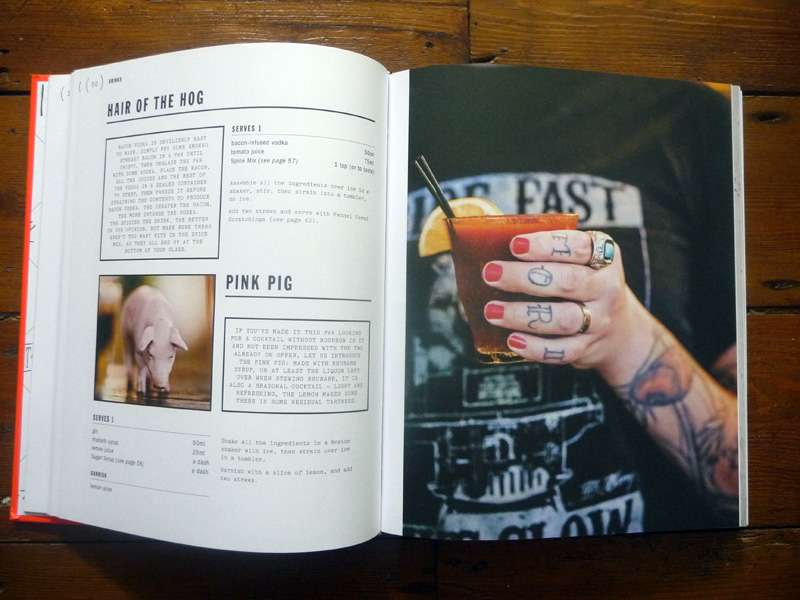