No, not the faddie “must have” addition seen on some chef’s dishes (yeah, you know who you are *…) whilst, at the same time, being touted by moronic, money grabbing, scientifically illiterate, “celebrities” (is there a Venn diagram intersection here?) as the latest new ‘superfood‘. With bee populations crashing dangerously right across the entire globe, stealing their pollen is a hugely, hugely dumb thing to do. It’s hardly ‘sustainable’ and runs the very real risk that it’ll cause even more damage to the bees’ vital work in pollinating fully one third of this… 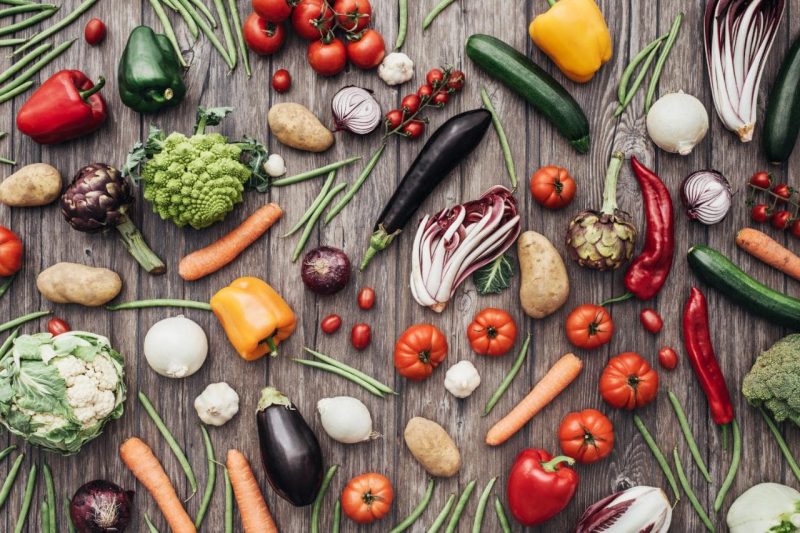 …the very foods we eat. * So fucking stop it. Stop it right now you fucking pretentious wankers.

OK, that said, this piece is based around work undertaken by THE Michael Pollan. As in the author of “The Omnivore’s Dilemma: The Search for a Perfect Meal in a Fast-Food World” which, along with Dan Barber’s “The Third Plate: Field Notes on the Future of Food”, is pretty much the sine qua non, the first and last word on food sustainability and a place where superb ideas on good farming and good food intersect. Pollan wrote:

“a working definition of industrial food: Any food whose provenance is so complex or obscure that it requires expert help to ascertain.”

This is graphically highlighted in this image showing that whilst 70% of the world’s food is produced by small holders, fully 80% of the natural resources used are consumed by the industrial food producers. Even more horrifying, is the realisation that the stuff produced by the industrial, agro-chemical combines is actually crap in terms of “shareholder return” or “value chain enhancement” or whatever other bollocks they spout; the factories expend 1 calorie for every 1.5 calories produced. The small holders are TEN TIMES more efficient. 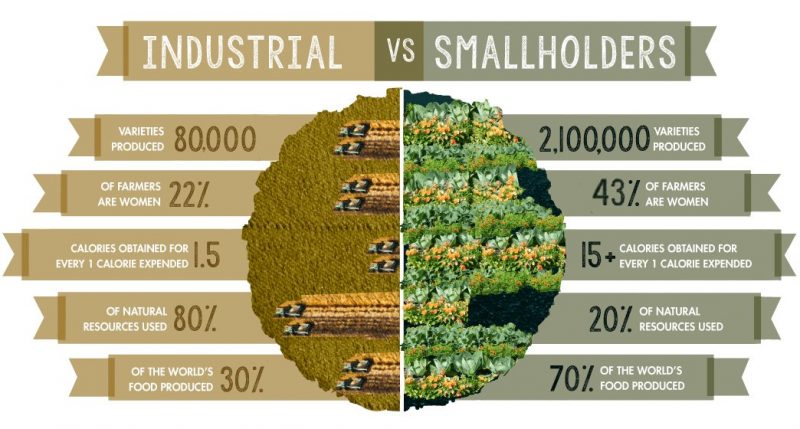 And you know what? The vast bulk of the processed crap that these factory farms produce for sale through the giant supermarkets centres around corn. Corn! Here’s Pollan again:

That we’re force-feeding our animals stuff that isn’t part of their (tens of thousands of years in the making) natural diet is just insane. It’s not better for them and it sure as shit ain’t better for us! “We are what we eat”. And on that basis, we’re all starting to turn yellow and sway in the wind. We are quite literally becoming creatures of the corn.

How many ingredients do you recognise (without resort to Google!) off that long list of additions you find on the back of processed food packets? Maltodextrin? Monosodium glutamate? Ascorbic acid? And what are they from? What about lecithin and mono-, di-, and tri-glycerides? All made from corn. That golden food colouring? Corn. Even the citric acid that keeps these Frankenstein foods “fresh” is made from corn.

This isn’t a healthy way to run our food production. Monocultures are never good. Sooner or later they all go to shit and disaster strikes. When did we get so dependent on this one crop? OK. It’s easy enough — albeit it’s totally justified — to criticise and rail against this state of affairs. The important question is “how do we fix things”?

That children, I’m afraid, is going to have to be the subject of another post. But you want to be part of the solution, rather than part of the problem, don’t you? Yes. Of course you do. So, watch this space.

And finally for today? Finally, how about a recipe for creamed corn, courtesy Sean Brock?  What? Corn? After all I’ve said above? Yeah, I know. But this is Good Stuff™. 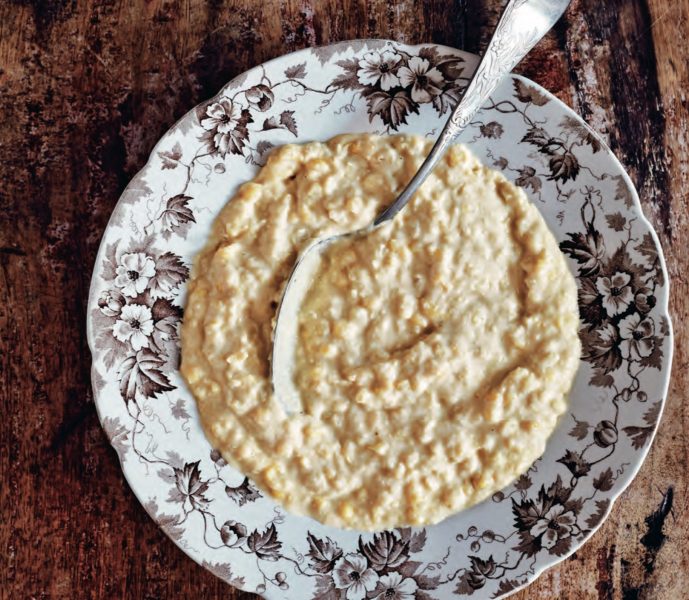 Working in batches if necessary, transfer the corn mixture to a blender and blend on high until completely smooth, about 5 minutes. Strain through a fine sieve into a saucepan.

Add the remaining corn kernels, the reserved “milk” from the cobs, the thyme, and butter to the pan, bring to a simmer over medium heat, and simmer until the creamed corn has thickened and the whole kernels are soft, about 10 minutes. Remove the thyme, season with salt and white pepper, and serve.