Rillettes, I’ve had a few…

..but probably too many to mention. But if pressed, I will…

Sorry about that. Too early for this sort of dreadful punning, you say? 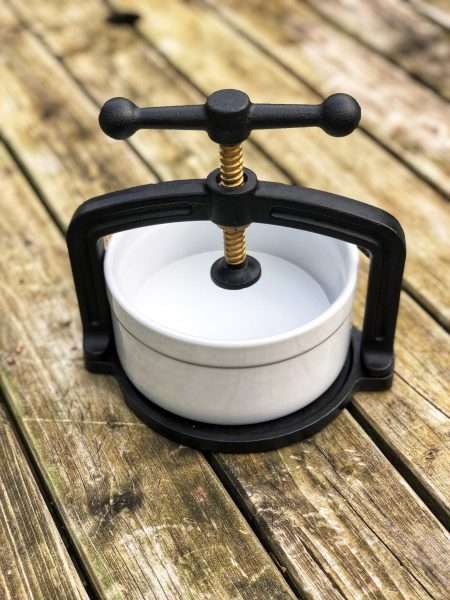 This little press beauty came to me, courtesy of Val. So, after the piece on rillons recently, a quick rillette recipe is called for; this one from the pen & kitchen of the mighty J. Kenji López-Alt, he of Serious Eats and now, his own bricks ‘n mortar place, Wursthall Restaurant & Bierhaus in San Mateo, California. I’ve name-checked Kenji on many occasions before for his laser-sharp focus on the science behind his dishes & recipes — but all the time, turning out great tasting food. The science informs the food prep, it doesn’t control it.

Here’s a sample off his menu; which just makes me want to jump on a plane to the West coast today. 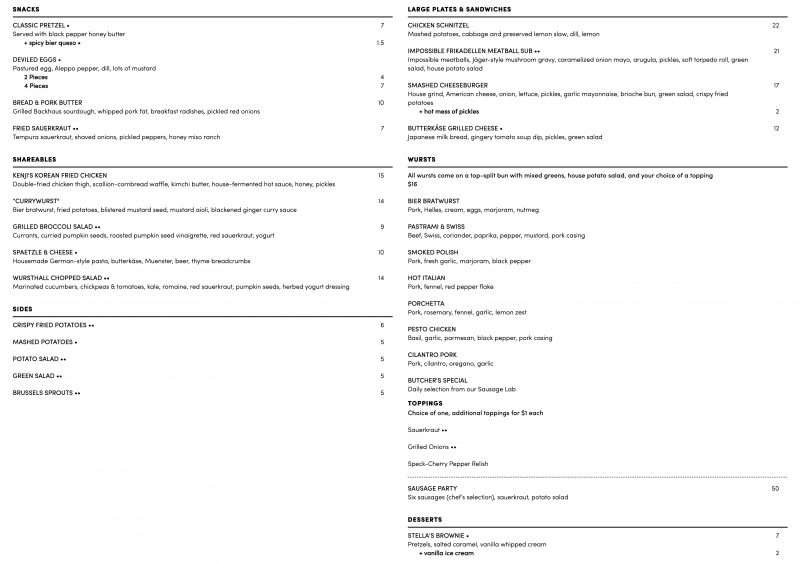 Slow-roasting the pork in its own fat (confit) tenderises it without diluting any flavour and using a stand mixer creates a nicely emulsified, well-whipped mixture that spreads easily.

1. Adjust oven rack to lower position and preheat oven to 135°C. Season pork gently with salt and pack into a Dutch oven, roasting pan, or casserole dish. It should fit in a layer about 5cm deep. Pour oil over the pork (if using lard or duck fat, heat until just melted before pouring over pork). Nestle bay leaves, thyme sprigs, shallots, and garlic in with the pork. Cover pan tightly with aluminium foil, transfer to oven, and cook until pork is completely tender and shows very little resistance when pierced with a knife, about 3 hours.

2. Remove from oven and using tongs, discard bay leaves, thyme, shallots, and garlic. Set a large strainer over a heatproof bowl and carefully pour pork mixture into it. Reserve drained fat and juices.

3. Transfer pork chunks to the bowl of a stand mixer fitted with a paddle attachment. Turn mixer on to low speed and gradually increase speed to medium, allowing pork to break down and shred. Slowly drizzle in the fat and juices a few tablespoons at a time, tasting in between each addition until the mixture is as loose and creamy as you like it. Season to taste aggressively with salt (the mixture will get more bland as it chills, so add salt until it almost tastes too salty).

4. Carefully pack mixture into jars, spooning it in a little bit at a time and making sure to remove all air bubbles. Smooth tops of mixture with the back of a spoon, wipe rims of jars with a clean cloth, then pour a couple of mm. of fat on top of each one. Close lids and refrigerate for at least 2 hours and up to a week before serving. Serve lightly chilled with bread or crackers and cornichons, whole grain mustard, and fruit preserves. Rillettes can also be frozen directly in these jars and held for several months. Defrost in the refrigerator overnight before serving.

It should look like this. And it tastes delicious on toast or warm crusty bread. 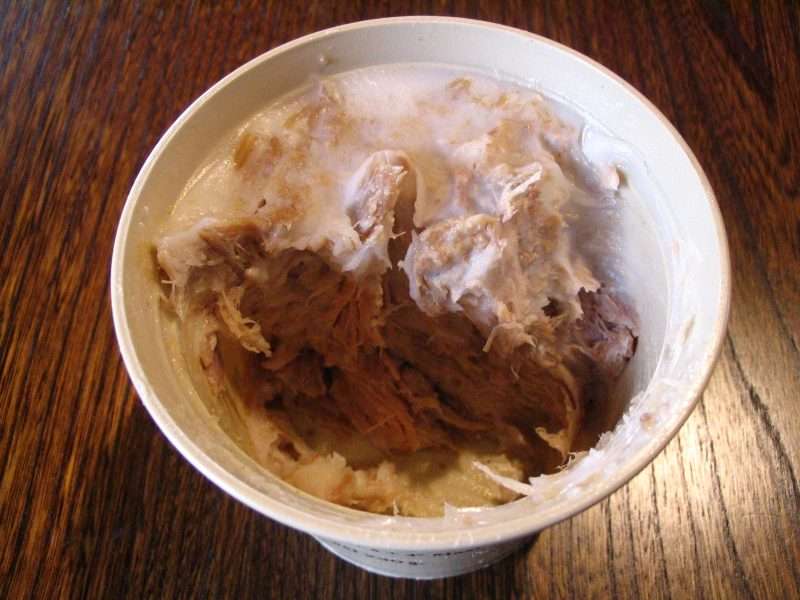 The French (from whence it originated, at least in Europe) have whole brotherhoods devoted just to these pork delights:

Here, they’re just one item, tucked away at the top of a shipboard menu from the early 1950s.