“Run from the beast, There’s danger in his eyes”…

Run towards the “Beast” (@BeastPDX), @NaomiPomeroy‘s restaurant; unlike Pete Perrett. A butcher, chef, author (amongst other accomplishments), running a farm to table place, one that has a great ethos. (And a really rather good pig sketch logo as seen below). 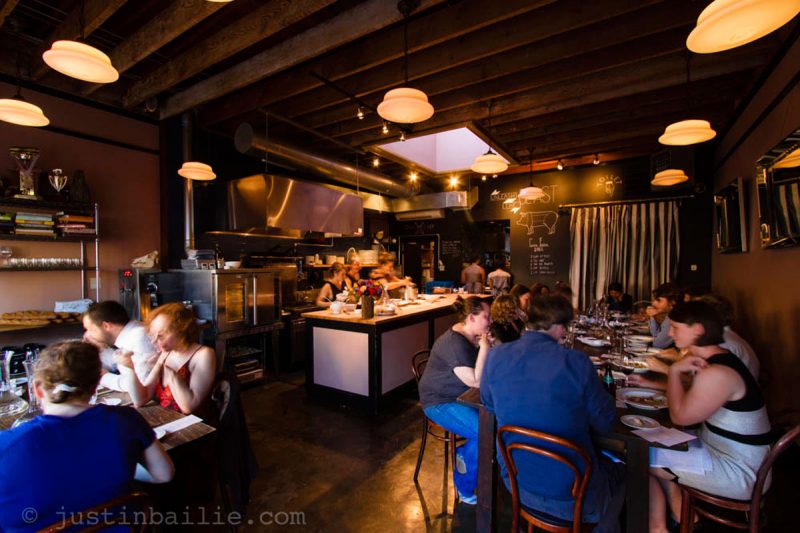 With a centre-piece butcher’s block, plunked straight down in the middle of the room, from where Pomeroy & her fellow sous-chef (initially Mika Paredes) — with absolutely nowhere to hide — cook up a storm on their 6 course, prix-fixe menu for the 24 covers they handle. Zagat’s mention the “amazing carnivorous feasts” which totally works for me. I mean what’s not to like about a menu that includes a dish called “Beast Hash”? 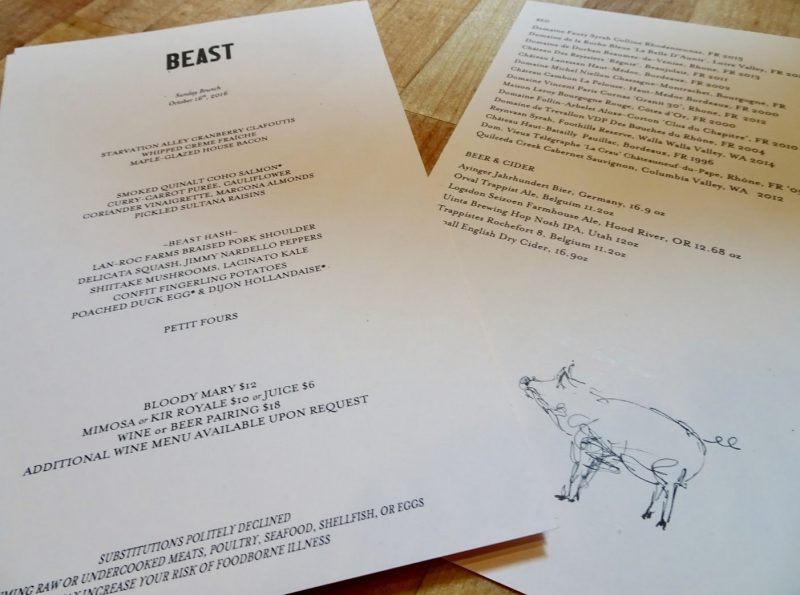 focussing (of course) on local ingredients, including the whole hogs that she butchers and breaks down herself.

She also nailed the still endemic hypocrisy in an industry that even now in 2017 struggles to define a woman working as a chef and with big pieces of meat in terms other than that relating to her looks (or attitude):

“And then the other piece of the meat theme is that there is a level of, I think, marketability, irony, and interest in two young, attractive ladies taking down some hogs, you know what I mean? There’s something interesting about that juxtaposition that I’ve always really enjoyed. There aren’t that many female butchers.” Mother Jones interview, below.

and more recently in 2016, from a piece by Gastronome Geeta:

There is talk about women not getting their due in the industry but do women help other women?

“I think so and Dominique Crenn recently responded to a British male chef who made some misogynistic remarks about women in the industry. I totally agreed with her on how tired we all are of this subject of the gender issue and we want to be referred to as chefs, period.”

Her book “Taste & Technique: Recipes to Elevate Your Home Cooking“, with a recipe for a Milk-Braised Pork Shoulder amongst other delights, looks like a keeper and one that’ll regularly be grabbed down from the shelf. She joins the pantheon of female chefs & butchers that should act as an inspiration and source of support for women in this industry.