Apart from bacon, is there a more exciting word in the English language? I don’t think so.

A shout out then to a friend, Phil Kernick, for a reminder of some notable facts about these marvellous culinary delights, which prompted this quick post. Seen below is “The Victorian”, produced by the inimitable Turner & George butchers; one component of the amazing Hawksmoor breakfast… 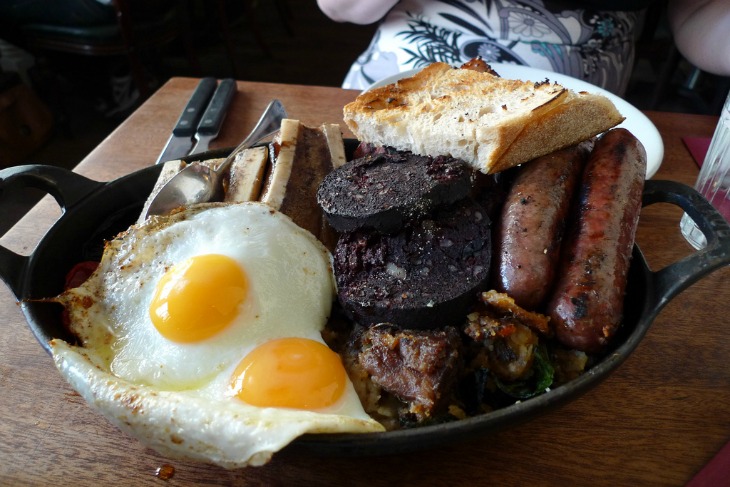 The Hawksmoor breakfast. Photo by Ewan Munro on Flickr.

Apparently, sausages predate both the Greeks and the Romans; the Sumerians (who inhabited what is now modern day Iraq) were making sausages some 5,000 years ago.

What are you waiting for? Head off to T&G or Ginger Pig or any of these other fine butchers and buy some.

In The Victorian, the beef is dry-aged for a minimum of 28 days, and the rare-breed pork used has a higher than usual fat to meat ratio so that they’ll stay juicy. It’s a coarse ground mix for texture and as well as the beef contains some aged mutton for strength of flavour. Hand-made and then slipped lovingly into natural casings what’s not to like? Already my mouth is watering… 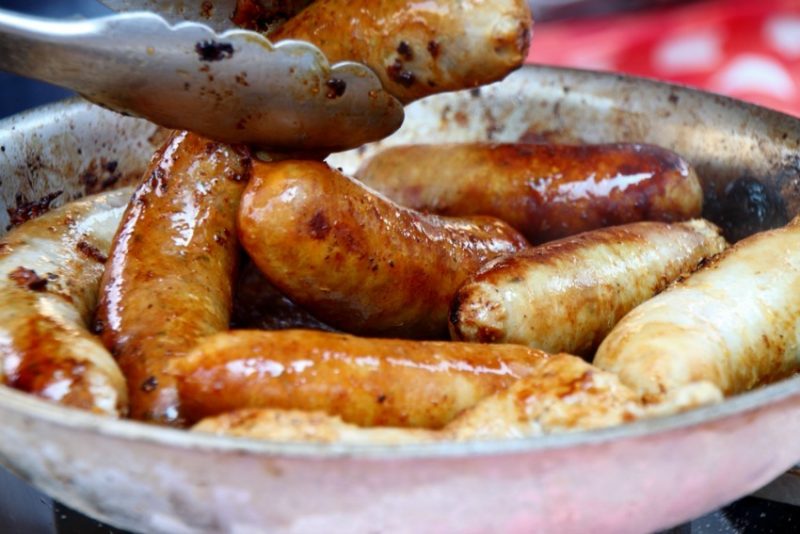 And how to cook them? You can of course fry them — that’s both traditional & tasty. But how about listening to Tim Hayward who, in “Food DIY”, suggests strongly that you poach them:

The truly ideal way to cook a sausage is to poach it slowly sunk to its hips in a bath of olive oil but, failing that, massage each individually with oil first then slide them into an oiled pan and keep them rolling, on a low heat, for as long and as continuously as possible.

Trust me, even 25 minutes of gently rolling them back and forth, jostling their plumply greased little bodies against each other is not too long. As the skins change to a light tan, then begin to caramelise as the Maillard reaction takes place, you’ll find yourself shifting into the perfect meditative state to honour your sausage.

I don’t know about you but that’s enough writing; I’m off to eat.