Instead, it’s (albeit derived via America) actually a very accurate description of the very ancient practice of gathering up all the food waste that wasn’t used in kitchens (the “slops”) and then feeding it to the family pig (or a couple of pigs if you were really rich).

“Grandma always kept her slop bucket next to the wood box in the kitchen. All vegetable scraps and food waste went into it. Whenever we were all together my cousins and I would jostle and shove each other to be the one to “slop the hogs.” What an honor to be chosen for that chore. Out we would go hauling this heavy pail in fits and starts to the pig pen. Right on cue, the pigs would come snorting up to the fence for their dinner. We heartily obliged them.” Kenn Hermann

I’ve talked about this before here and here and how the collective (“something must be done; this is something”) insanity that prevailed across Europe after the outbreak of foot and mouth (itself possibly at least partially caused by the disgusting practice of feeding parts of animals to other animals) in England in 2001 meant that this hugely sensible, practical, sustainable, resource friendly way of looking after pigs was banned.

The Chinese (amongst other nationalities of course) — practical and smart as a rurally based economy until very recently — worked out an elegant way to house their pig, where, safely enclosed, it would get to eat all of the family “droppings”, including their bodily wastes. They’re known as “똥돼지” or “dung pigs”. 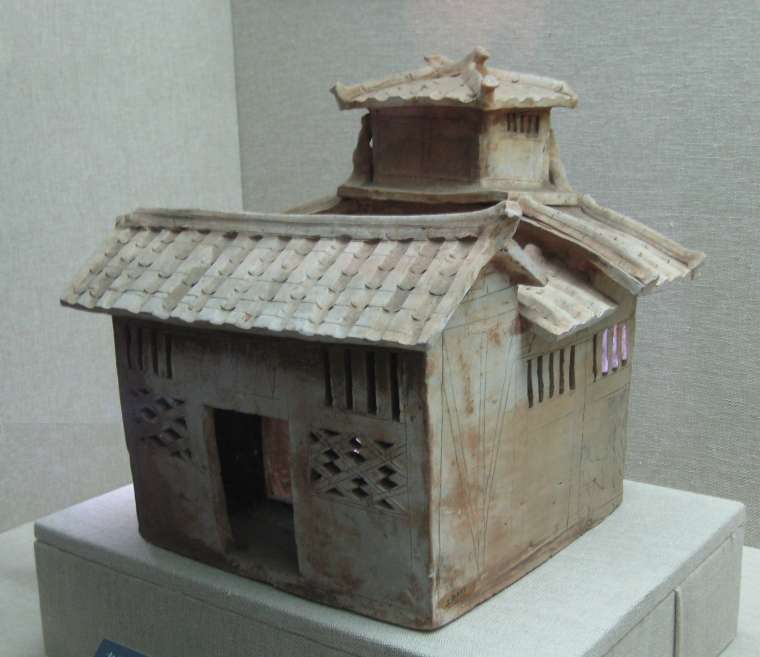 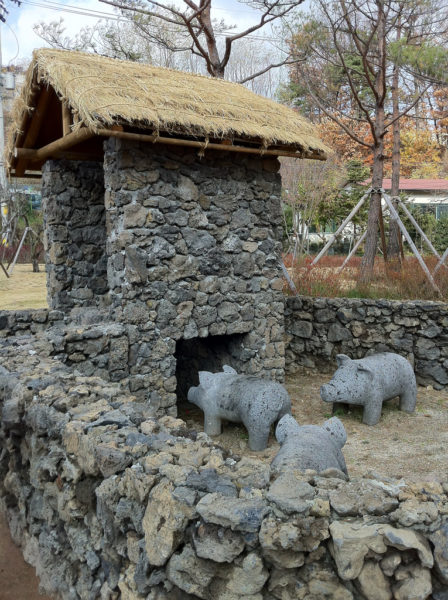 The Chinese character for home is a combination of that for a pig under a roof. “Home is where the pig is” is the saying 家. This is pig in Chinese 猪. Important, much? Hasta las andares! 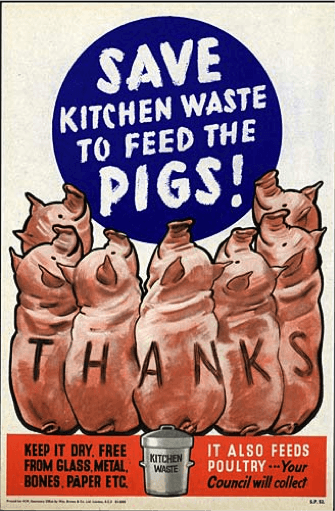 There’s some facts, backed by well researched numbers, that you should take a look at if you’re still not 100% convinced that we need to change this approach. I realise that in this post-Brexit, post-truth world some of you may not want to see numbers from “experts”. If that’s you, then you can just fuck right off and resign from the intelligent wing of the human race. You’re part of the problem.

— Farmed animals eat more than 1/3rd of the crops grown all across the world, yet deliver only approx. 12% of the calories needed; a hugely inefficient use of crops that brings consequential environmental costs as forests are cut down & land cleared for yet more space for livestock feed crop production. Crazy to me is the idea that some 88% of the soybeans in the UK that are imported from Brazil then goes to be eaten by livestock, a figure that rises to 97% across the world. This is nothing more than a return to colonialism brought about by the fanatical rush to globalisation, so we end up seeing fish from West Africa being taken out of local markets — who are unable to compete with the prices paid for their local catch by Western (and increasingly Chinese and Indian) feed producers.

— Cambridge University ² concluded: “feeding our food waste to pigs could save 1.8 million hectares of global agricultural land, including hundreds of thousands of acres of South America’s biodiverse forests and savannahs – and provide a use for the 100 million tonnes of food wasted in the EU each year.”

— Instead, sending food waste to to be sued as animal feed scores better on 12 out of the 14 environmental (e.g. eutrophication and eco-toxicity) and health indicators (e.g. carcinogens) – than does either anaerobic digestion (biogas) or composting. The calculations in this study ³ were based on the current UK energy mix – for the energy needed to render the food waste safe – so if renewable energy was used feed could potentially beat biogas and compost on all indicators.

— Spiralling feed costs are a problem across Europe: in 2015 expenditure on feed was 56% of the total pork production costs in the UK and as much as 65% in Ireland whilst it’s believed that the proportion is now over 70% in certain parts of Spain who are now the biggest European pork producer. Other farming costs such as housing, permits, welfare measures and veterinary services — all in the context of seeing ever lower prices being paid for pork — means feed costs are driving more and more farmers away. Lifting this ban would benefit hugely our farmers ¹.

— Food waste-based feed producers in Japan & South Korea can produce nutritious and safe pig feed from food waste at half the cost of conventional feed. The United States also has similar inspiring examples of converting waste food into feed, such as the project at Rutgers University which has been able to implement a system (“Leftovers For Livestock”) in its dining halls where any food scraps are diverted to the nearby Pinter farm at half the cost of sending the waste to landfills.

— The UK’s Department for the Environment, Food and Rural Affairs (DEFRA) newly released study on the risks of feeding food waste to non-ruminants (link is external) confirms the effectiveness of heating meat-containing surplus food to 100°C for one hour. We need to create separate legislation for omnivorous non-ruminants (our pigs and chickens), as these livestock naturally eat meat (and thus have high protein requirements) and have developed as human food waste recyclers throughout history.

And this is why “The Pig Idea” that I’ve talked about before makes so much sense: instead of feeding crops like soy, barley or maize to our pigs and chickens, instead go back and allow these omnivores to eat our leftovers. They’ve done this safely for thousands of years. In the UK, during both world wars, leftover food was the only thing they could eat as it was illegal to feed them any food that was deemed fit for human consumption. Join it. Support it.

Rant over. Just fucking do it.

Support the STP work at Ko-fi