Obviously a sentiment right at the very top of the list of priorities for those 30 Brazilian companies inc. JBS, the world’s largest beef exporter, and BRF, the world’s top poultry producer, all of whom are accused of shipping rotting meat (and attempting to conceal this with carcinogenic causing chemicals) across the globe inc. to Europe. Still feel comfortable — and as importantly safe — buying from massive supermarkets and chain outlets rather than a local, trusted, butcher? 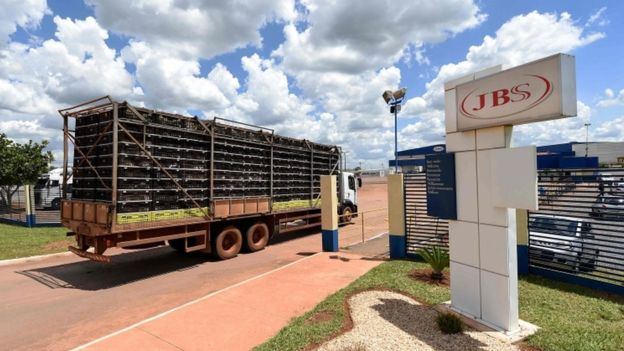 I don’t mind eating (properly reared) horse meat as we here in the UK found, rather to our national surprise, that we were doing after the last meat scandal in 2013 — I do object to being told it’s beef (when it’s actually an old racehorse, likely jam packed with phenylbutazone) whilst at the same time being charged beef prices.

I both despise and despair over the practices highlighted here and similar ones highlighted in the USA which are a direct result of the neo-liberal globalisation of agriculture and the rush by huge, tax evading, multinationals to drive down prices paid to farmers and suppliers to mere pennies to ensure that their shareholders don’t kick them off their cushy board sinecures, invariably by forcing antibiotics onto scared, stressed, panicked animals caged in conditions that, if they were tried on humans would even give pause to the the CIA/MI6 rendition teams or Putin’s or Assad’s death squads.

And, be in no doubt that, in this post-truth, Brexit fire-starter, Orange Stain voting world, that’s been forced upon us all, such practices will become both more common and far less likely to be discovered or stopped, as one of their main, stated goals, is to “remove the brakes on business caused by excessive regulation” i.e. “devil take the hindmost” and who gives a flying fuck about the consumer as private citizen; soon to be stripped of protection by the very governments that (some of them) voted for? Summum bonum here anyone? Not a chance — (untaxed) profits is the only driver.

Contrast this corporate greed — at the expense of your health & your pocket & your planet — with the fine folks at Toast Ales or with the way that Tim Wilson and his team at Ginger Pig operate. 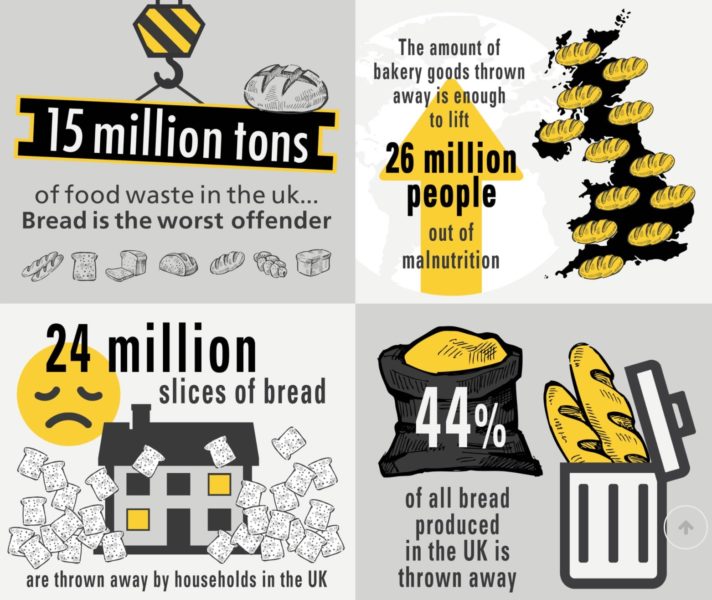 The former have just open-sourced their beer making recipe; so anyone can and indeed could do the same as they do. And that means as well as making beer from bread that would otherwise go to waste, also giving the profits to an appropriate social or community operation. In the case of Toast, it’s sent on to Feedback, an umbrella organisation that covers a number of great initiatives to combat the global food waste scandal inc. The Pig Idea that I’ve talked about before. 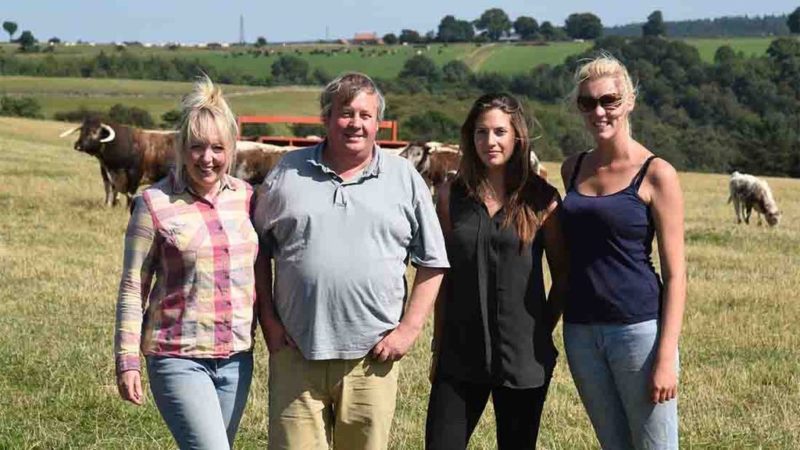 And Tim’s team have always put the animals first. That he’s making a profit whilst paying a team of people to look after these animals, to care hugely for their welfare and then to butcher them humanely to sell them through the highly respected shop (at Borough Market) is almost a side-effect of this. The animals are fed home grown grass, silage, fodder beet, barley, wheat and oats, sustainably grown and, through careful management and crop rotation, the ground stays nutritious and fertile—one of the reasons their farms are brimming with flowers, wildlife and some gloriously unkempt hedgerows.

“I can summarise my philosophy in four words: live animals come first. How does this translate into the real world? I would never expect any livestock to have to travel longer than an hour before slaughter, which is why we only use one abattoir—it has very high standards and is also extremely close to the farm. I would also never send an animal to the open market, where I don’t know what will happen to it afterwards. And I always ensure that the person who raises the animals is the same person who drives them to the abattoir, to ensure high quality welfare at every stage of production.”

Last night we watched a fantastic documentary called “Sustainable” that spoke of the major pressing need for an worldwide acknowledgement of — and action on — the knowledge that we were rapidly and comprehensively killing the very soil upon which we all depend for life by still buying into the wrong-headed idea — plugged remorselessly for the last 50 or 60 years by the big agro-combines selling fertilisers and antibiotics and growth hormones — that agriculture had to be only about “efficiency” and “maximum return” rather than seeing the land as a resource that needed to be fed, nurtured and cared for by using sustainable farming techniques. A hugely important point made by one of the interviewees was that if the true additional costs (the “externalities”, such as soil loss, massive water pollution & water table loss) that this insane policy imposed were actually paid by the farmer and the buyers, the apparent cost differential between the sustainable/organic grown crops and animals and those that came to market via the intensive. monoculture approach would disappear. 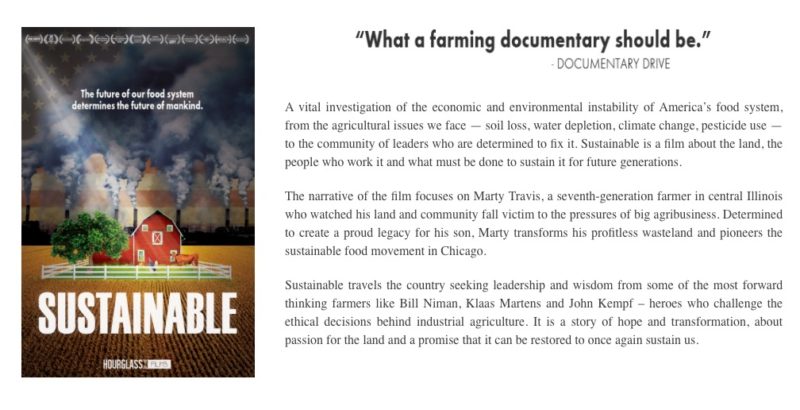 In other words? Sustainable and organic is actually a profitable thing to do as well as the one that will ensure there will still be land and soil and earth and a vibrant, multi-faceted, micro-organism rich, ecosystem around in 50-100 years time for our descendants to glean food from. The Brazil model (one that the US insists on and that we here in the UK are party to) could soon be but a distant nightmare. If we all take action and do something about this. There’s a fascinating white-paper, referenced in the film, from the Rodale Institute that you should read. It’s only 15 pages long but it shows very clearly how we can reverse this decline as well as reduce carbon emissions. What’s not to like (unless you sell fertilisers — then you don’t want to hear this)?


And finally? I’ve just bought these two books, the first on Japan and the second on Spain, where the author now lives. Only a few pages in on both, I’m already in awe (and not a little jealous) of the verbal skills, the lyrical writing abilities and the depth of passion that he, Matt Goulding, of the always interesting and thoughful Roads & Kingdoms site, brings to his subjects; two countries and cultures dear to our hearts. 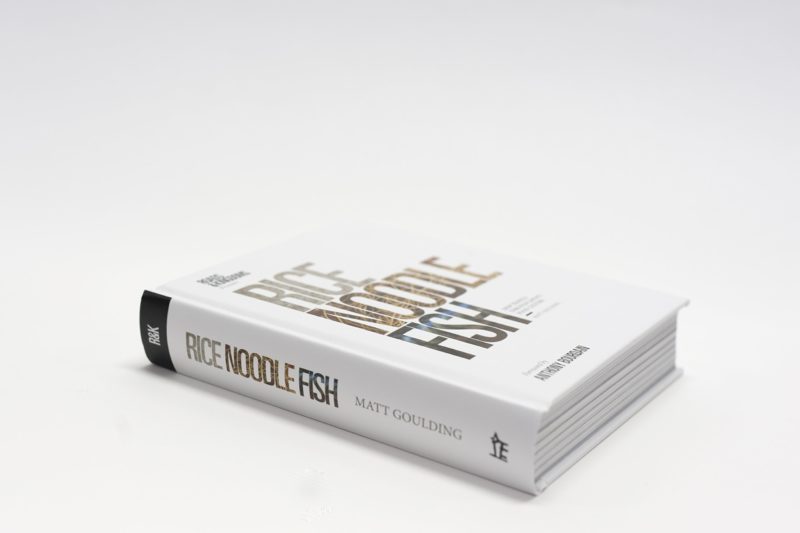 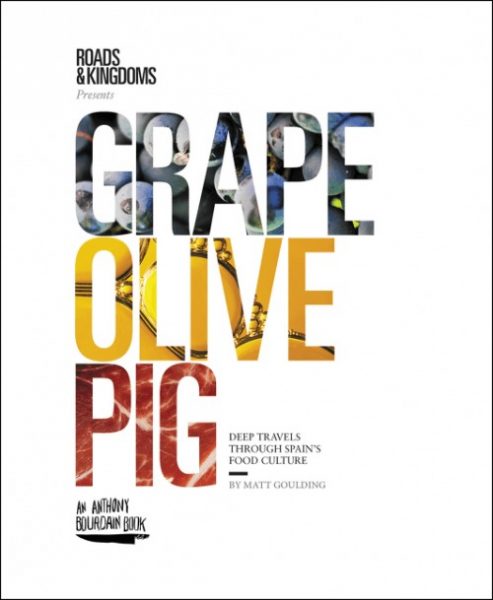