The 4th estate really needs to up their game & get with the pig program!

Pigs have had some really bad press over the years.

And after reading this piece,  I think you’ll agree that they’ve been pretty hard done by up until now, by the ladies and gentlemen of the press? And that needs to be rectified. Stat!

Starting with the religious types in Egypt (their brains obviously having been melted — to resemble dripping candle wax — by the cauldron-like effects of the sun, burning sand & whatever hallucinogenics they’d consumed as part of their “getting closer to god” role-playing) who, after falling out with one of their gods, Set, then naturally fell out of love with the animal that they’d previously venerated and sacrificed to him/it, through to the next set of bearded weirdies in the same desert regions (Jews and Moslems) who both decided that pork was “unclean” (possibly for some — considering date and location at the time — quite reasonable reasons, relating to the interaction between burning hot sun and meat left unrefrigerated for too long *) and who haven’t stopped since (more fool them, both for the ongoing religious lunacy and for their refusal to countenance pigs in their diets), right through to their use as the bad guys in epithets: (“fat as a pig”, “eating like a hog”, equating the police with them and one I particularly like from Finland, “to behave like a pig in a raspberry orchard”, pigs being exceedingly fond of fruit), their PR team hasn’t been doing a great job. 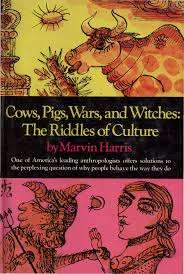 [* The anthropologist Marvin Harris, in “Cows, Pigs, Wars & Witches: The Riddles of Culture” believes it merely “reflects the difficulties of rearing pigs in primitive desert conditions” but in “The Golden Bough”, Sir James Fraser disagrees, saying that the prohibition came about because the pig was an animal of sacrifice: “The reason for not eating them,” wrote Fraser, “is that they were originally divine.”]

The bearded sky-pixie types aside, most everyone else is pretty reasonable, so here we go...

“These are animals,” she says, “who danced to music for the Bourbon kings, who inspired the sculptors of Mesopotamia, who have been at the heart of human existence – love, war, famine and plenty – through all our time on earth. We have to get close to them again.”

Pigs – when they are allowed to be – are hugely healthy creatures, fastidious of diet (their omnivore leanings notwithstanding) and are scrupulous of hygiene: unlike many other creatures they will not befoul their own bedding.

The rolling around in mud — which so many see as proof-positive of their being “dirty” — is of course done for hugely practical reasons; the mud acts both as a coolant (pigs, not having sweat glands, can’t dump excess heat the way we humans do) & as a protective barrier to the sun (pigs, being generally fair-skinned, are prone to sun-burn), whilst also helping to get rid of the parasites and mites that otherwise can plague them. 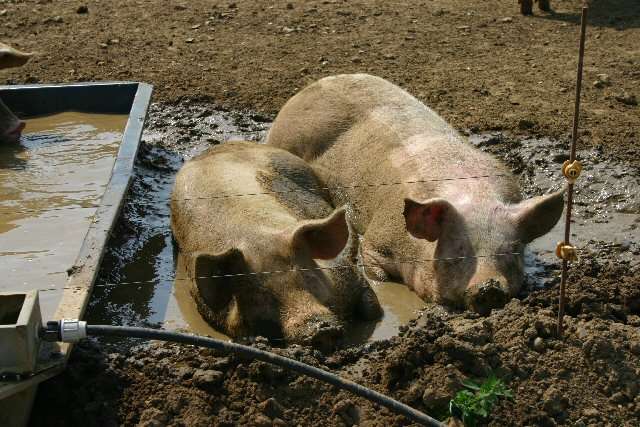 And they’re smart. Whip-lash smart. No “Top 10 list of the smartest creatures” is complete without the pig, second only sometimes to chimps and dolphins. Anyone who has spent any quality time with them knows how they reason and puzzle things through. Their ability, up there with Houdini and Angel, to escape from their pens and find their way through apparently impenetrable fencing, is legendary. George Orwell recognised their intelligence in “Animal Farm“:

“The work of teaching and organising the others naturally fell to the pigs,” he wrote, “who were generally recognised as being the cleverest of the animals.”

Pigs were, for a long period in The History Of The Poor Man & Woman™, an alternative currency – hence the term “piggy bank” which reflected the household’s wealth, that being invested in its single pig. That the said pig usually lived in the house nobody thought anything of. And feed it the food waste left over after we humans had eaten and the pig grew fatter; a virtuous circle. Why wouldn’t you keep it in the house, safe from predation (and thieving passers-by)?

The 21st century finds them at the centre of research in bio-medicine.

This TED talk by Christien Meindertsma (author of “Pig 05049“) looks at the afterlife of the pig, parts of which make their way into over 185 non-pork products. [One warning: watch one TED talk and soon you’re hooked, hours, days later, you’ll surface, dazed, confused but much better informed about lots of different subjects…]

Anyway, back to some other uses for pigs: they give us organs for transplant, skin graft tissue, diabetics’ insulin and the raw materials for many other drugs. So similar is the pig’s physiognomy to that of us humans (we’re closer genetically to the chimps), that they are used to study everything from alcoholism (with the pig apparently exhibiting a particular fondness for good Russian vodka) to battlefield injuries to “body-farm” decomposition and forensic science investigations.

Oh, and for the stoners out there? Marijuana fed pigs? Pigs, being animals of, as we’ve already established, pristine discriminatory suss, love this shit. Thanks to Seattle butcher William Von Schneidau who feeds his pigs marijuana as part of their regular diet to not only increase their fibre intake but also to inject the meat with a unique savoury flavour and cut down on waste, you too can indulge in pork and weed. IN THE SAME FRICKIN’ MOUTHFUL. 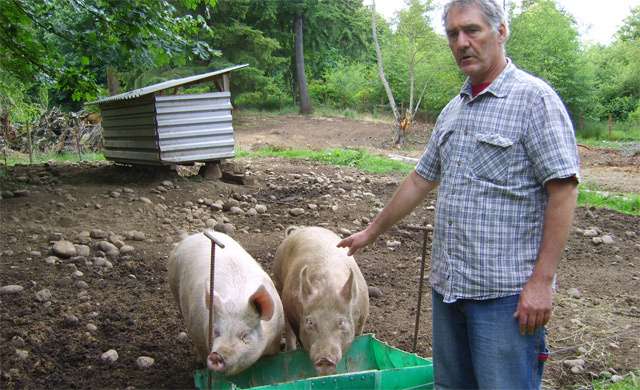 Pigs have often been more kindly treated by authors & writers. P G Wodehouse created the Empress of Blandings, a truly splendid and redoubtable prize-winning sow, the pride of her owner, Lord Emsworth’s life.

And let’s not forget Link Hogthrob and the splendidly named Dr. Julius Strangepork both from “Pigs In Space” on The Muppet Show… Oh, and for the old-time Dr Who fans out there — remember the “Peking Homunculus“?

Yes, I know that last one wasn’t a great advert for pigs but hey, Dr Who! 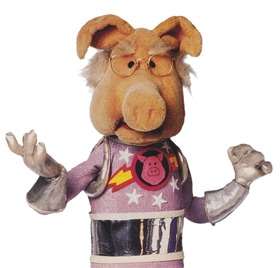 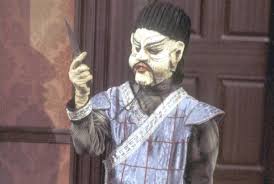 The call to arms is complete. Get out there. Be good to pigs. Cherish them. Love them. I do.