A long time inhabitant of the traditional old English region of the Hundred of Hurstingstone, later Huntingdonshire, itself long ago subsumed into the county of Cambridgeshire — with probably an occasional foray further afield into Norfolk and Essex — now, like many of the very old, historic breeds, it’s one that’s not been seen for some little while. It would have been known at least as far back as the time of Cromwell, The Lord Protector, right through the later years when Samuel Pepys was being schooled in the town and up until the middle of the last century. 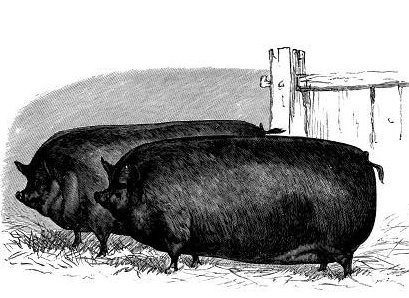 Looking a lot like those in this illustration; pricked eared  — retaining this obvious sign of their Chinese heritage, unlike their still extant cousin, the Large Black — quite small, agile but notably placid, they were generally black all over, although every now and then a litter would produce one or two with white socks; quite similar, when this happened, in looks to the modern Berkshire. And like the Berkshire it was also famed for its flavour and juiciness. Reports speak of a similar meat, darker pink and likewise well marbled. It’s even likely that, as ham, this would have been one of the contents of the famed sandwich dreamed up by the eponymous Earl, who had owned all of this area since 1654. Interestingly, one quite common local description of the Huntingdon Black Hog was “black as the black heart of Cromwell”. Unlike the pig then, he wasn’t universally loved… 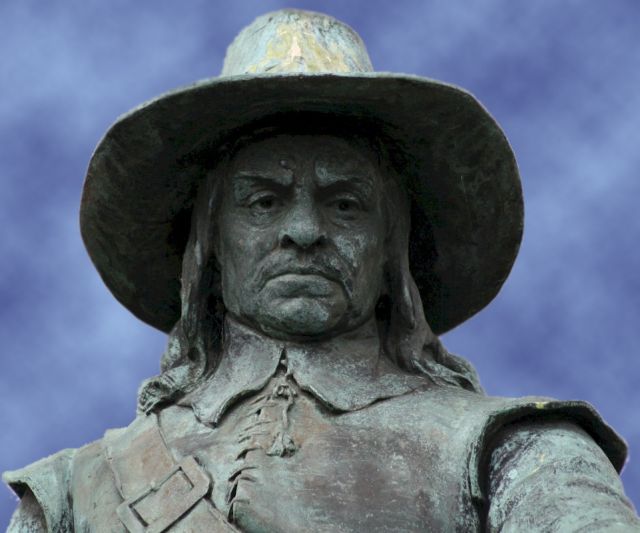 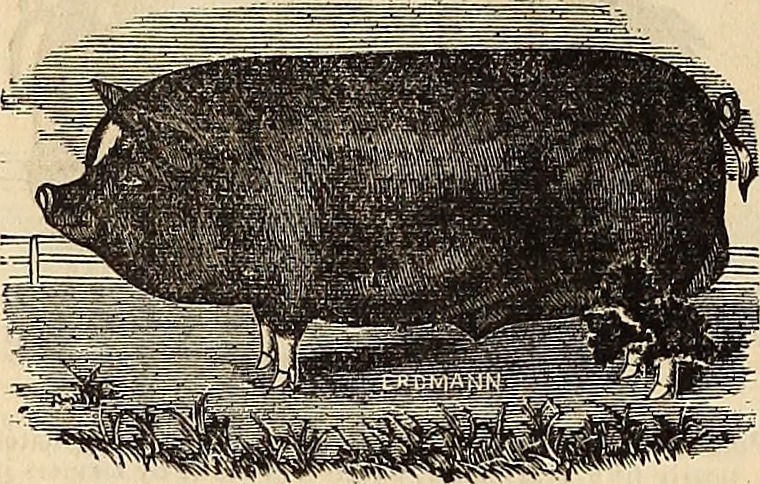 There were references to a Black Hog in Huntingdon and Godmanchester since at least 1624 — this book ¹ has one such example. 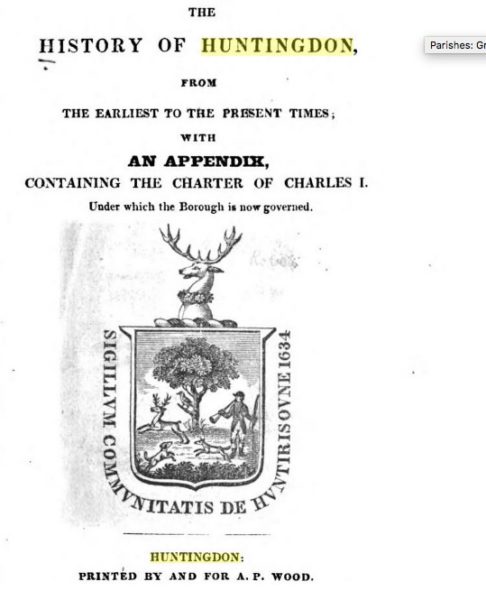 Further credence is lent to the proposition that the Huntingdon Black Hog, being recorded as seen in both Stilton and Pidley around 1913, was indeed a close cousin of the Berkshire, by this article ², found in the “General View of the Agriculture of the County of Huntingdon” ⁴: 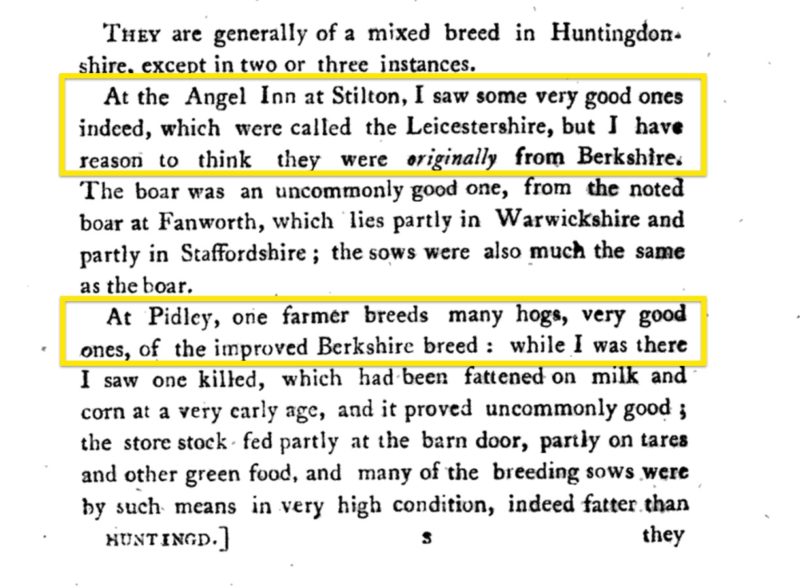 Some of the really old-timers in the area still living remember this pig as one they knew (and ate) from their youth ³. It would have been one of the breeds sold at the thriving meat market on Princes Street in the middle of Huntingdon around 1895. 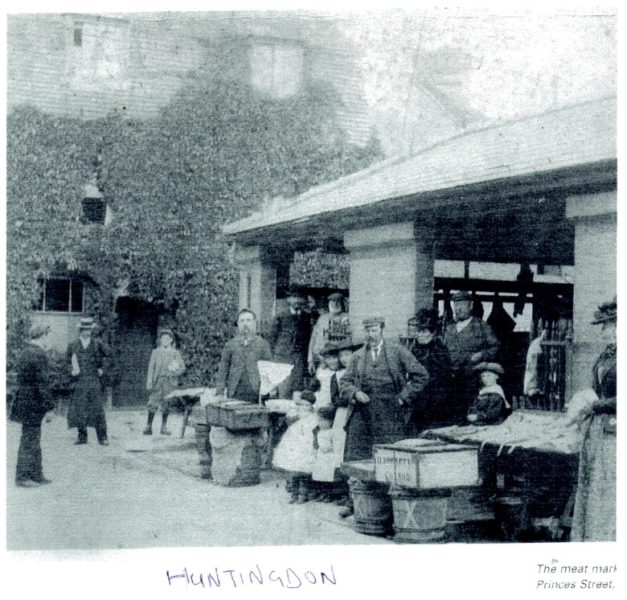 The first honorary secretary of the National Pig Breeders Association who also drew up the first list of standard points for various breeds — although the Huntingdon Black appears to have been omitted as possibly too locally based — was an early pioneer of modern pig breeding, Sanders Spencer of Holywell, near Huntingdon. He had also founded the Holywell Herd of Large Whites in 1863, so the suspicion must arise that the less kind explanation for this omission may have been more commercially based; the Huntingdon Black pig was after all, a competitor to his own herd ambitions. Later breed books covered more breeds, including the Large Black (but not smaller versions) and the Large White, which by now was an international best-seller.

Even up until the 1930s and 1940s it was quite a common sight on farms and small-holdings around the county but the advent of modern farming techniques after WWII and the commercial pressure to standardise  around a much reduced range of types, especially centring on the larger, faster growing white specimens, meant that this breed disappeared quite rapidly from the fields around the county. It is now, unfortunately, just another minor foot-note in the long history of pig breeding in the UK.

Even by the time of butcher John Rayns Smith in the 1950s, they’d have been rarely spotted as cuts on his slab; and by 1960s and fellow butcher, George Bartlett, they would have all but vanished except for a few small hold-outs, way out on the fen or on small-holdings in the more remote countryside. 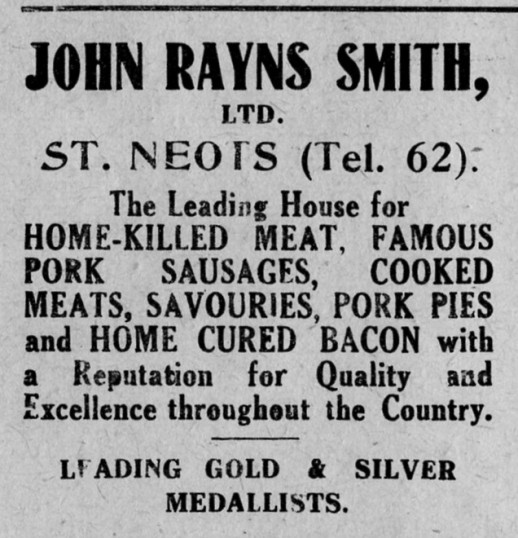 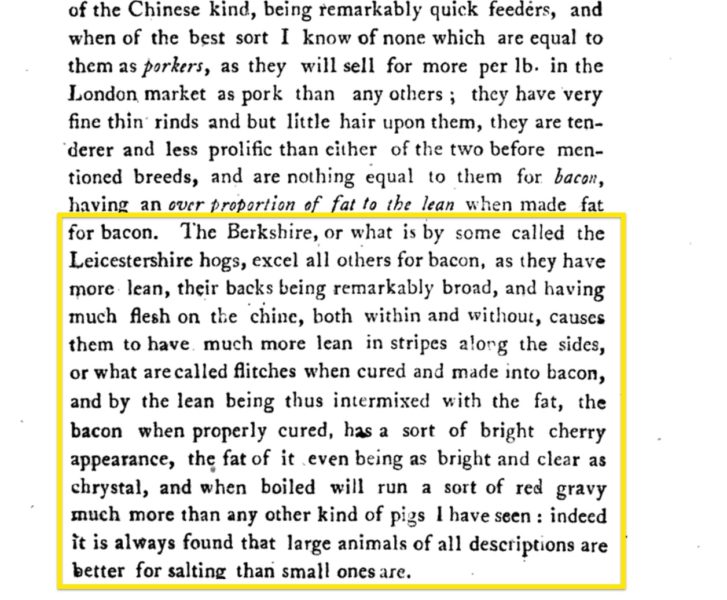