The feral pigs are coming for you…

I’ve talked about this problem before, but seeing as a good friend, Gay, is currently on holiday in the US and may, if unlucky, come across these beasts, it seems particularly apposite to write this follow-up post today.

Don’t think that a little bit of snow will protect you from your ultimate fate. And what foolish soul says that pigs can’t survive in a much colder climate? Feral pigs, currently residing in the Southern USA are now moving Northwards and — taking tips from the Inuit — are surviving the rigours of the winter-time by burrowing into the snow, creating tunnels or caves (so-called pigloos) with a foot or two of snow on the top for insulation. Smart, yes. Scary? Yes.

Joking (slightly) aside, the problem is that feral pigs really are a huge concern. There’s a report here from Japan of the damage they’re causing on the small island of Kakara, where, out-numbering the humans by a 3 to 1 advantage, they’ve pretty much established themselves as the apex predator, eating all of the crops destined for humans and — in their increasingly ferocious territoriality — are close to scaring the (mainly elderly) farming population away. 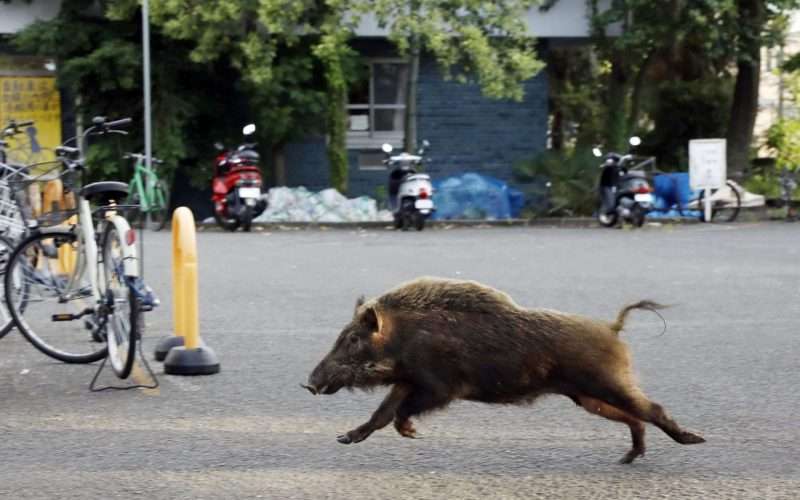 Denmark has built a (supposedly) pig-proof fence along its border with Germany to keep wild boar from entering and infecting their domestic pigs. And that’ll work for a while; until the inevitable moment occurs, one that every pig farmer learns will happen at some point, and the pigs find that weak spot… 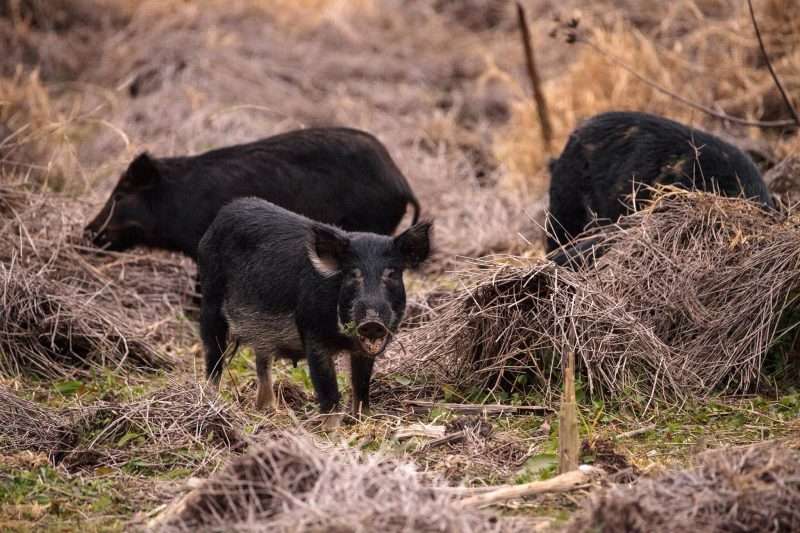 Pigs, and especially feral pigs don’t gently browse over our landscapes; they’re like animal Rotavators, rooting out plants, chewing up acres of crops in a single night, destroying pastures, tearing up fences, digging out irrigation systems leading to polluted water supplies. They’ll eat pretty much anything. Frogs, small birds, eggs, insects, smaller 4 legged animals such as deer, pretty much everything that can’t run away from them or is safely out of their reach.

“Generally an invasive species is detrimental to one crop, or are introduced into waterways and hurt the fish, but feral swine are destructive across the board and impact all sectors.” say Dale Nolte, manager of the feral swine program at the US Department of Agriculture.

They’re also a pool and vector for upwards of 32 communicable diseases affecting both pigs and other species inc. us and there are cases in the US of people contracting hepatitis and brucellosis having butchered the carcase after hunting them down.

How are we to control them? Good question. They’re smart. They can grow bloody big. They’re actively dangerous, especially if cornered or they feel under threat. And hunting, whilst an option over small areas, is really hard to scale. An attack of African Swine Flu or the recent Chinese Swine flu would hugely cut down on their numbers, having 10s’ of thousands of these corpses littering the countryside is sub-optimal. Whilst also screwing the domestic, farmed pigs. Even worse.

Me? I’m going to build (or buy) something high. That’ll also help for escaping global-warming sea rises. And then drop rocks on ’em…