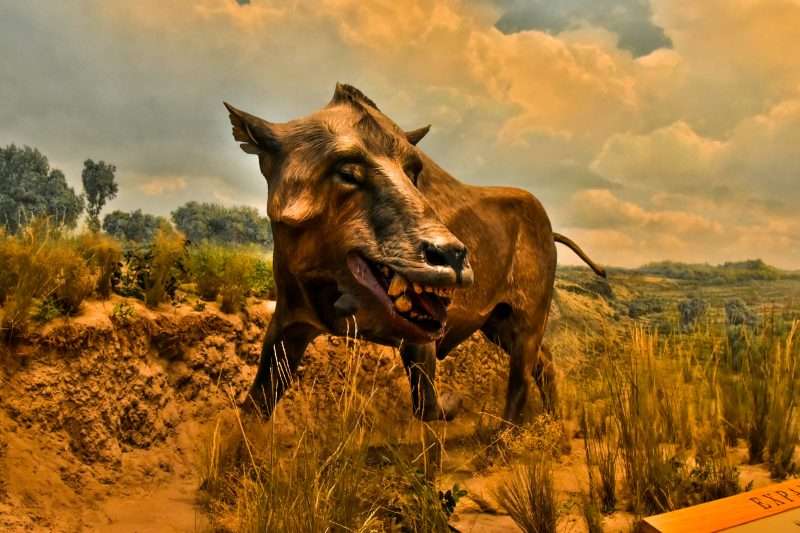 Until around 17 million years ago, giants nicknamed ‘hell-pigs’ (or ‘Entelodonts’) roamed the Northern hemisphere. Weighing in at around 2,000 pounds they had fangs as thick as a human wrist. 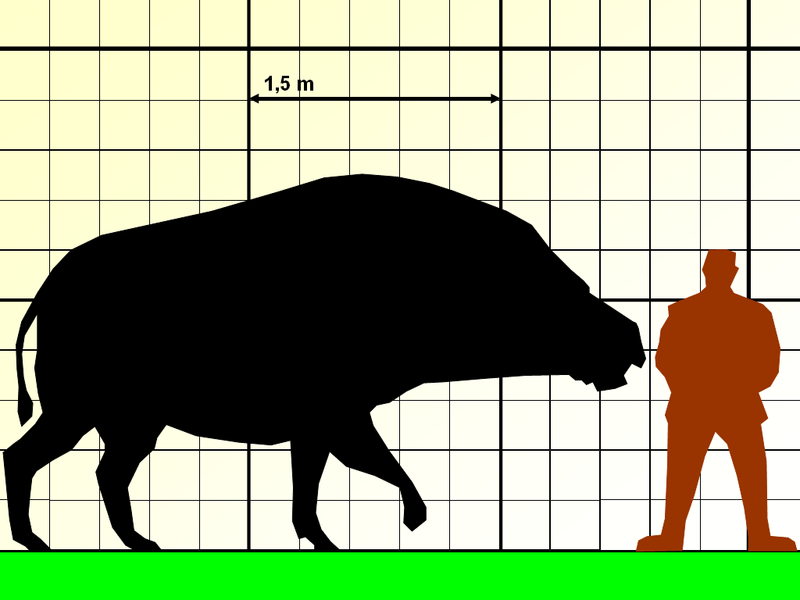 Impressive piece of pork eh? Scary as hell as well.

Except they weren’t. Pigs that is. More recent research (highlighted in the Scientific American piece) indicates they’re much more closely related to members of the hippo + cetacean clade Cetancodontamorpha. So, not the killer pigs of legend after all.

Which is kind of a shame, don’t you think? Oh well.