The menu, the pier, the madness

I took a short (10 hours), short-story writing course last week. This is my first draft synopsis.

Any and all comments welcome. 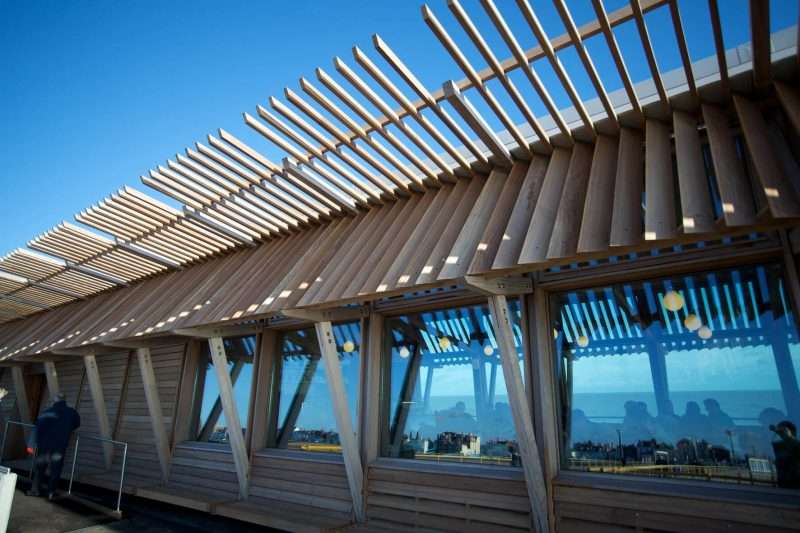 His report, unopened, in front of them. His name, PAUL HARRIS, centred on the red plastic-bound binder, still an alien sight. He’d not thought himself Paul again until recently.

But. He felt ‘cured’, felt ’better’. Surely the report agreed; sufficient to convince the rather grey people sitting opposite him. Grey wasn’t a bad colour was it? Mind, grey food wasn’t great. He’d never made grey food. These 3 though could be as grey as they liked. They just had to say “yes”. Release from his Piranesi maze, close. Very close.

The iron red, shiny, wet-offal meatness of his brother’s death, was still there. He’d similarly butchered animals but seeing Rob — as he still did — packaged, mocking supermarket venison, on the walk-in shelves, a rebuke to any of the team who entered, had taken him 10 years to process.

There was though still a quiet pride at the neatness of it all. Regret? Yes, of course regret, the therapy sessions had, after all, worked, at least a little. Not for Rob, he deserved his cleaving, but for remnant family, friends, my small team. He’d be going home (or anyway, to Deal, the seaside town which had eaten of him, all his adult life) soon. They’d be waiting.

✓ Knife-roll. All my old friends there, clean, sharp.

✓ The old team all present; Jamie & Elaine, a couple of new faces (names not memorised yet) but they’re all smiling, happy, keen,

✓ A full house at 25 covers. Not unexpected I guess but a result.

✓ Most important – a banging menu. Excited me!

There’s press outside. Naturally. Probably one journo has booked in under a false name. Who cares? Fuck ‘em. They’ll eat the best meal they’ve had in years. I don’t care what’s written about me; but let them not dump on my food. That would make me angry.