So, exactly what shit just got serious? He, like thousands of other chefs & cooks & food writers, is taking up the cudgels for this campaign. And you should as well.

Watch this video and then share the video. It’s our future. It’s in our hands. Because cruelty to pigs is also cruelty to humans. Use the hash-tag #TurnYourNoseUp at the APPALLING treatment of factory farmed pigs.

when they see images like this, which are the inevitable and continual result of the factory farming process

“Cruelty to pigs is also cruelty to humans.”

Do you want to fall victim to MRSA? When nearly 1-in-10 of the pork items that you buy in a supermarket could be contaminated with it?

And why is that? Because fully 25% of the antibiotics used in the UK are used in pigs. TWENTY-FIVE PERCENT. That’s a horrifically scary number. When antibiotic resistance becomes prevalent people start dying. Lots of people. Everywhere. 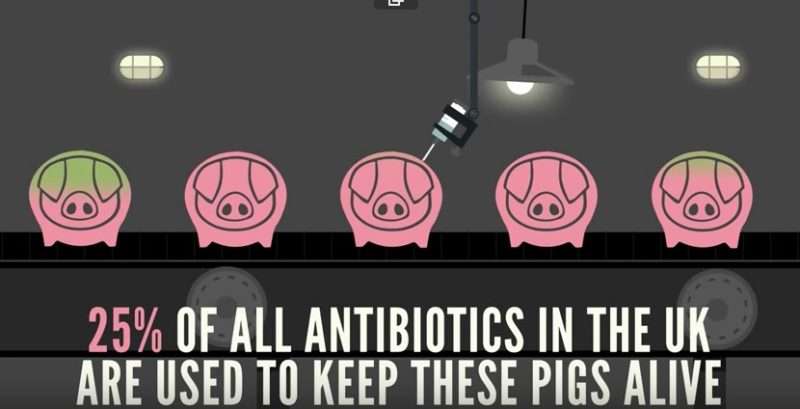 And why are so many antibiotics used? Because of this statistic below. Without antibiotics, packed into factory farms as they are, cheek-by-jowl, with no room to play, manoeuvre or have fun, the pigs catch diseases and without the antibiotics die. And that’s no good for the farmer struggling to produce “cheap” pork forced to by the supermarkets and the rest of the food chain suppliers. 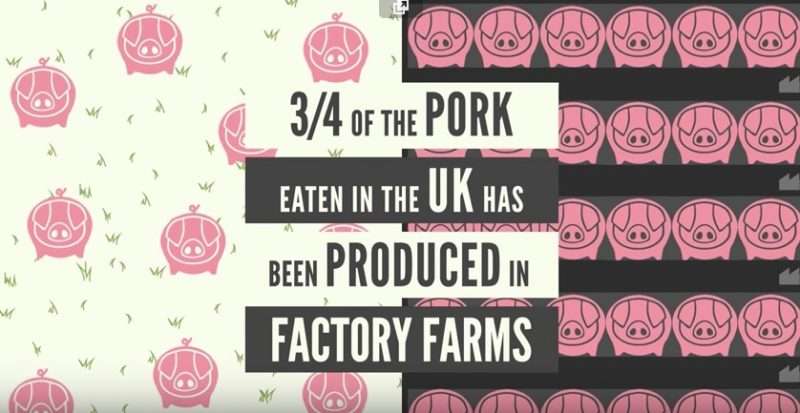 So, whats’s the answer? It’s not difficult:

Turn Your Nose Up at factory farmed pigs.

Refuse to buy from the supermarket chains who perpetuate this abomination by their insistence on driving down prices, paying farmers pennies. The farmer is caught between the proverbial rock and the hard place…

So, boycott buying any meat from the big chains. ANY meat as the same factory farming affects all animals. not just my beloved pigs. And commit… 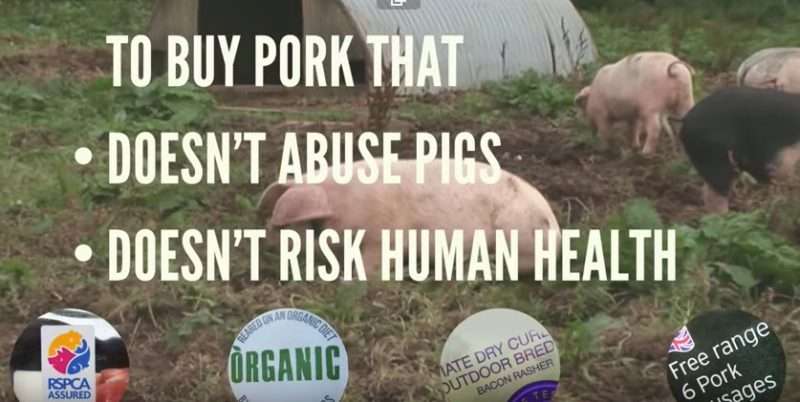 Buy from your local farm and your local butcher. Make sure their pigs are treated well. Ask about the provenance. Go and visit them.

I for one would find it very hard to give up pork. But I refuse to be a part of any food chain that allows pigs, wonderful, sentient, intelligent animals to be treated like this.

And I hope you will as well. You will won’t you? Because that’s the human, humane thing to do. So just fucking do it.