The question on the table is: “How can we put the taste back into British food?”

This excellent piece in today’s Observer (and one, purely coincidentally, arriving on the same day as my earlier anti-Tesco rant this morning) asks this question and follows up with why

“fresh local produce has been replaced by cheap, bland, industrial-farmed food as supermarkets slash prices. What will it take to bring change?”

It’s a complicated problem but also a national public disgrace that, despite the huge apparent availability of this cheap food pumped out over the last 40 years or so by these supermarkets, in the opening years of the 21st century, in England — supposedly the 5th richest in the world — we still have large swathes of our people going hungry. And that the food that’s produced in a sustainable, ethical & moral manner is actually also better for you (higher in vitamins E & B and beta-carotene & omega-3 fatty acids), SURELY argues for this to be the only sane route to follow?

When breeder, butcher & public agree and it’s only the supermarkets that say the opposite? 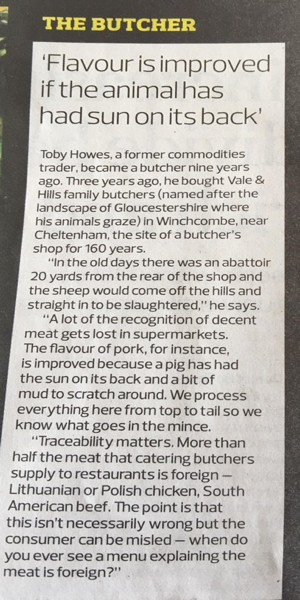 Fuck the supermarkets and the hedge funds and big agri-chemical businesses who’ve so badly damaged the earth and the food-chain. Instead, let’s argue & agitate and mobilise for the proper care & welfare of the animals, the nurturing of & fair payment to small, trustworthy farmers and then take a quiet joy in seeing the resultant uplifting of the long-term health of our populace. 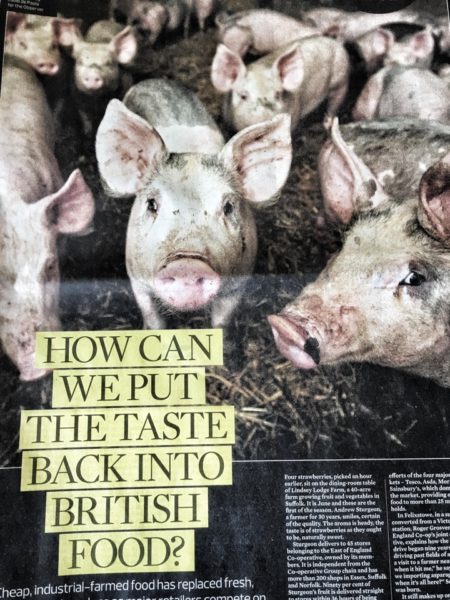