What a load of tripe.

A word that you might have only heard from your granny. Along with “offal” (which some folk seem to think rhymes with “awful”) and “gizzards”, it is one that has been known to send American friends run screaming for the security of their psychiatrists couch (or at least a white bread peanut butter & jelly sandwich rather than something “adventurous” like their own native Philadelphia Pepper Pot) unable to comprehend why these strange foreigners would think of putting that stuff anywhere near their mouths, let alone then swallowing the damn thing.

Well, “that stuff” is some of the best, tastiest, interesting, most under-appreciated, under-utilised parts of so many animals, including, of course, naturally, pigs. Just take a look at some of the amazing dishes that Wikipedia has recorded as being made with tripe or as a form of regional “tripe”, inc. andouillette and butifarra from France and Spain respectively and, closer to my home, haggis, the national dish of Scotland (please don’t mention deep-fried Mars Bars here OK?). 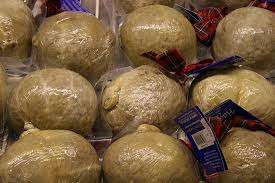 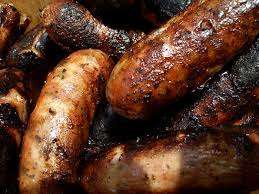 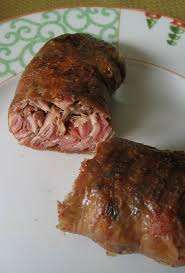 Can anyone say that looking at these items, they don’t find their mouths watering? What? You’re feeling sick, squeamish, stomach-churning? Unadventurous and want to go home & have a McDonald’s? Poor, simple fool. Take your courage in your hands, gird your loins and maybe start exploring food that’s just a little bit more fun & interesting? OK, accepting that andouillette may start pushing your nasal passages into a convulsive spasm from which they may not recover easily, maybe let’s start with something slightly less of an olfactory assault, such as the butiffara?

So, Tripe (from French: tripe, of uncertain origin) is a type of edible offal from the stomachs of various farm animals where Offal refers to the internal organs and entrails of a butchered animal, sometimes discarded after butchering or skinning and Gizzards means an organ found in the digestive tract of some animals although is often used to mean more generally the intestines.

I went out and bought Stéphane Reynaud’s amazing “Book Of Tripe” but I’ll probably steer clear of describing some of the more “out there” recipes, such as the spinal cord with oyster mushrooms espoused by him (at least for the moment).

Even so, and putting aside the more er, exotic, items he uses, there are some truly, wonderfully, stimulating recipes here using all of the bits that too often just get thrown away by butchers in England and elsewhere, because there’s “no demand for them” or merely get turned into dog-food. Why the hell should your canine companion get to munch on these delicacies rather than you? Are you mad?

It wasn’t always that way over here: dressed tripe for example, was a popular, nutritious and cheap dish for the working classes from Victorian times up until the latter half of the twentieth century, when its popularity faded, but it still remains a widely cooked & eaten dish amongst the more sensible Continentals and Asians who think that wasting such delights is a crime. The Tripe Marketing Board in England remains committed to keeping its appeal alive. Who couldn’t thrill to a perfect mix of Lancashire & The Mediterranean in the recipe for Pesto alla wiganese? 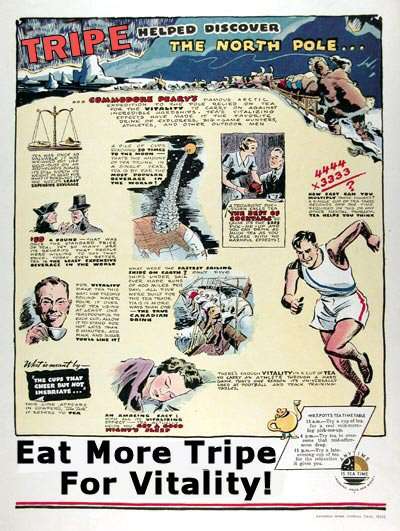 So, what of the pig? This new recipe book reminds me so much of the classic “The Complete Nose to Tail: A Kind of British Cooking” by Fergus Henderson, dating back to the 1990s. Both chefs hate the idea of not using everything from the dead beast; both of them show an impassioned love for cooking, for ingredients that work beautifully together & encourage the reader to discover and most importantly, eat what they write so well about. 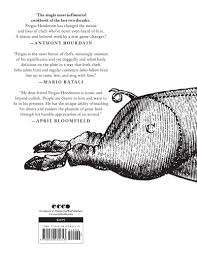 How about Pig’s Ear with a Chicory and Sorrell Salad? Yup, that hits a spot.

Go out and buy them both; try out dishes from both of them. The ‘photos alone will have you drooling over your keyboard. Encourage your local butcher to stock these less popular cuts and body parts. What a load of tripe? Rubbish. What a load of joy awaits you on this trip.