When aromas set you off and running down memory lane

Smell is reputedly one of the strongest and most evocative of the senses available to us humans — this note about the smell from a piece of mortadella reminding the writer of the same food his mother gave him as a child living in Italy, strongly supports that idea.

And some recent research shows that we may be able to distinguish up to 1 trillion unique scents. Not as good as dogs. Or pigs. But not too shabby either…

In my case, this memory road jaunt is set a-rolling by the smell of pork bacon cooking in the frying pan, reminding me of family breakfasts cooked by my Mother (it was always Bar — I remember Bernie was up and out & about very, very early for the farm work) every day, over the old Rayburn range, for the five children before we (often) walked to school.

This picture reminds me a lot of of those days. 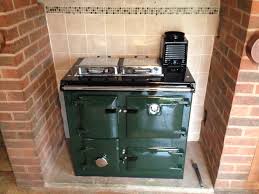 For years we lived on pig farms, so access to fresh, locally sourced, locally slaughtered pork and other pig goodness wasn’t ever a problem. I recall helping my Dad kill the annual Christmas pig he was given each year (as a “bonus” on top of the pretty poor wages he and others involved in farming received) using a bolt gun, grunting & heaving as we lifted it up, tied its legs together hanging the carcase and slicing the carotid & jugular veins to drain the blood — used later in black puddings — finally watching as the local butcher went on to dissect, rend, chop and slice the pig into every one of its constituent parts (some of which you can see here in an old French “map”). I’m not sure it was strictly according the more relaxed food hygiene regs in place then but no one was going to refuse it… 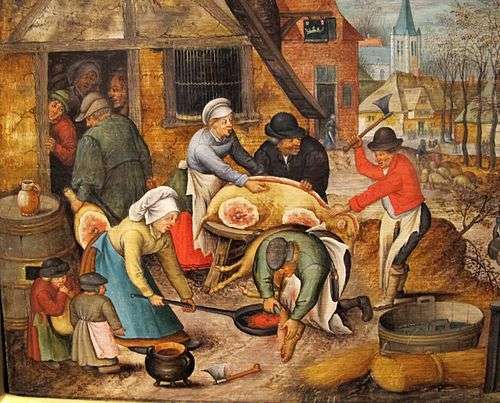 Slaughtering the pig in the Middle Ages

It’s a messy, sometimes very noisy process as pigs are bright, smart, clever animals and often knowing what’s ahead of them, divine what’s about to be done to them and their companions. I love them alive and I love them when dead. Dad always said “you can eat everything on a pig, apart from the squeak”. And of course, he’s  well mostly right — people will discard the gall bladder, the eyes and the rectum [see the fuller descriptions in this section on butchery]. 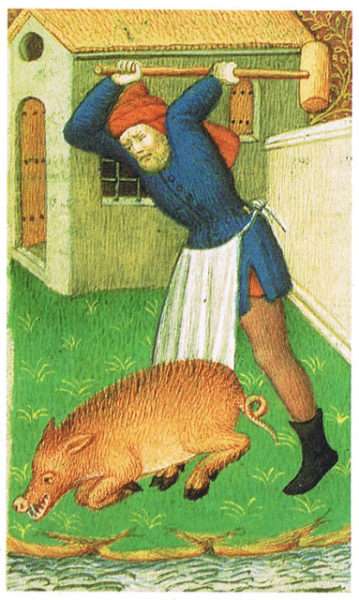 Not us either… Illustration of medieval pig stunning, from The Medieval Cookbook

The smell of the lard — in those days the option available to most, long before olive oil or vegetable fats became generally available — the brightly yellow-yoked, warm eggs, again fresh from hens wandering around the farm or in the garden and toast, dripping with butter & chunky cut marmalade, completes the olfactory picture that I sketch in full colour in my head, every time I catch these aromas.

It was a particularly vivid memory lane picture today, prompted at breakfast time by cooking some of the Mangalitza dry cured bacon from Rectory Reserve