You all remember the Liebig Extract of Meat Company don’t you?

No? No? How about OXO then? Yeah, OK, thought you’d all know that name. Anyone able to tell me the connection between the two? And how this building fits in? 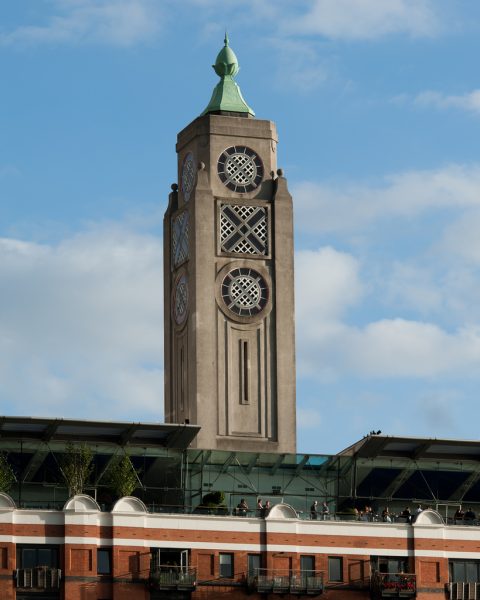 OK, let’s start with the Liebig Extract of Meat Company shall we? I’ve talked about them before. And you gentle reader (having been reminded now, yes?) will recall that this was the company setup and named after Baron Justus von Liebig, who’d just patented the method to produce industrial beef extract. It needed access to lots of the “raw material” i.e. beef, so the company was, very logically, setup in Argentina, near a port called Fray Bentos. And that last name is sooooo redolent of my childhood – for they it was who were the producers of the iconic corned beef that I loved to eat in sandwiches, spooned straight from the tin, turned into corned beef hash and used as a meat source in the pies that my Mum would make for the 5 (hungry) children and one, farming, husband.

The strange key that you had to use to open the tin? Source of much frustration as a kid; lose that or break the slim, metal opener strip to which it was attached (and that in turn unwound as you turned the key) and you’d be forced to try and break into the food with a screwdriver or a can opener. Or just dig it out with a knife. Much blood was lost… 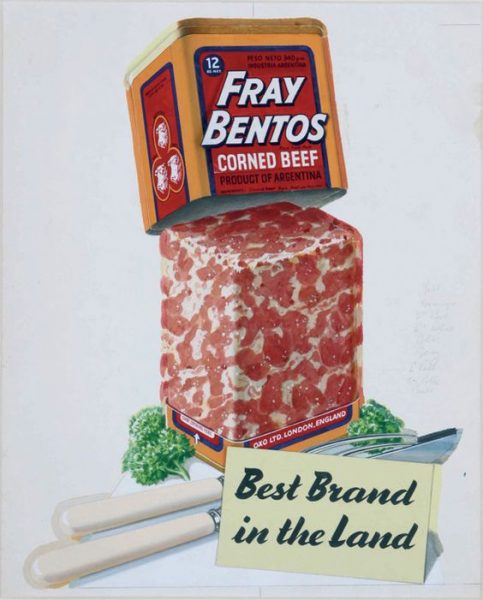 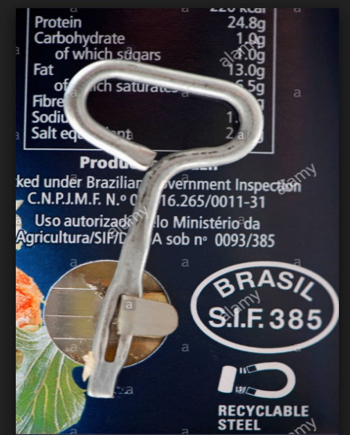 They also (whisper it!) produced tinned pies — and I have to confess that I loved their steak & kidney ones. Of course now (according to The Financial Times), Fray Bentos products “may engender sneers” although they’re prepared to acknowledge that they still also have a “cult following” in the UK. The current brand owners, Baxters, describes Fray Bentos as “an iconic British brand” despite the change in eating attitudes which means that tinned meat products, including Fray Bentos, now have a much more down-market (only good enough for the working class eh?) image. Sad really, as canning has such a long, honourable history in terms of preserving food across the globe.

[SIDE-NOTE: In 1902, after that same Liebig had also discovered that brewer’s yeast could be concentrated, bottled and eaten, the Marmite Food Extract Company was formed in Burton upon Trent, Staffordshire, with Marmite, our very own bouillon *, as its main product. The by-product yeast needed for the paste was supplied then by the Bass Brewery]

The tower at the top of this piece? That’s the OXO Tower. In my (sometimes) mis-spent youth, this area was an old stomping ground. Lots of late night boozers, dubious sources of illegal pharmaceuticals and suitably sleazy venues for great pub-rock sounds meant I’d often be found wandering –staggering — around the South Bank late at night and early into the morning. The OXO Tower by then was pretty much derelict as indeed was a huge chunk of the old buildings, factories, warehouses and council houses that lined the narrow streets there.

The original building was built towards the end of the 19th century as a power station to supply electricity to the then GPO. Later, in the 1920s, it was acquired by the, drum roll, please, Liebig Extract of Meat Company for conversion into a cold store. Almost totally rebuilt by company architect Albert Moore (to an Art Deco design) between 1928 and 1929, pretty much all of the original power station was demolished, but they retained & extended the river facing facade. Liebig planned to include a tower featuring illuminated signs advertising the product but when permission for the advertisements was refused — skyline advertising at the time being banned along the South Bank — the tower was built with four sets of three vertically-aligned windows, each of which “coincidentally” just happened to be in the shapes of a circle, a cross and a circle.

It’s now an integral part of the Coin Street Community Builders project. As I’d mentioned above, 30 years ago this area of London was wind-swept, still showing huge damage from the war years, bleak, unattractive with few shops, an old, ageing residential community and a weak local economy. Local residents mounted a massive grass-roots campaign leading — thanks in no small part to a huge chunk of financial assistance via Ken Livingstone and the GLC —  to the purchase of 13 acres of this derelict land, since developed into a thriving neighbourhood. You see? Yet more proof that socialism does work. It is the only way to build a strong, vibrant, caring, inclusive, kind community.

So, on Thursday 8th June 2017, vote the Tories out. They are despicable people. Vote anything (apart from UKIP natch) that will make sure they’re kept out of power for an entire generation. By then, hopefully, we will all be a kinder people.

*  And finally? Talking about * bouillon, on the recommendation of (the close to sainted) Sean Brock I bought his ‘magic vegetable paste’. It’s great and does exactly what he says it does…

…but still? It’s all the way from the USA. Which doesn’t sit well with my previous (heartfelt & still true) rants about using local growers & suppliers does it? So, instead, buy this organic, homegrown variant produced by Matt and Tom’s “9 Meals From Anarchy” team in Cheshire. It’s fantastic stuff. It’s organic. It’s great tasting. It’s English grown & produced. It’s uncorrupted! You know what to do. Buy it. 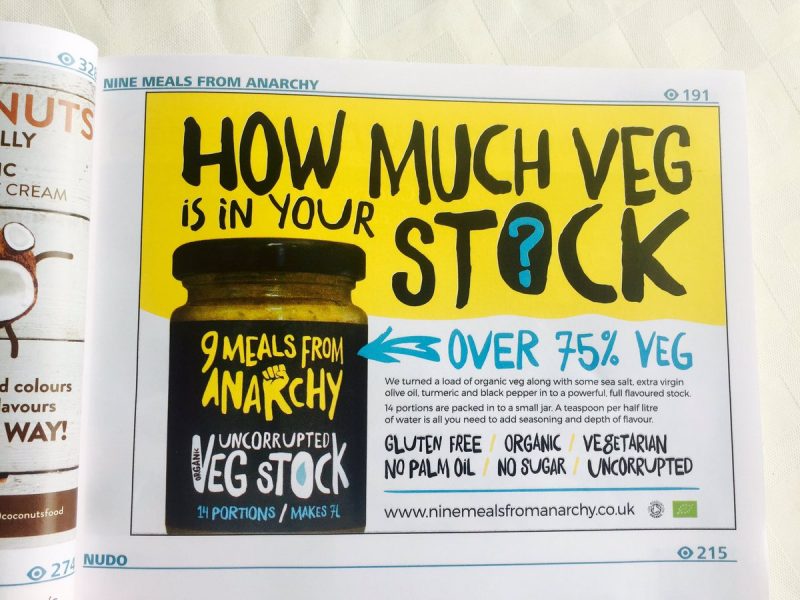 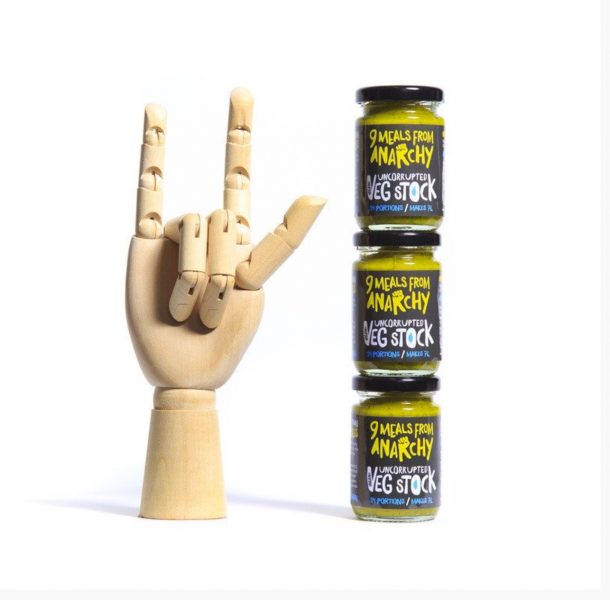