Remember the Tamworth Two? They didn’t get eaten…

The Tamworth (also known as “the Old English Forest Pig” and abbreviated to just “the Tam”), is considered likely to be Britain’s oldest pure breed as it’s possibly the most primitive of the surviving native breeds, closest to the original European forest swine; experiencing the least dilution of their gene-pool from the imports of Asian pigs (mainly the Meishan) seen during the 18th and 19th centuries. The Tamworth is a hardy variant, suited to an outdoor system with the ginger coat (like that of the Large Black) protecting it from sunburn with long legs that can move “like a racehorse”.

…breed is of ancient and uncertain origin, no well-authenticated account of where it came from being available. Originally it was an extremely leggy, narrow type of hog, and it is not clear whether improvement was effected entirely by selection or whether cross-breeding was resorted to.

In 1865 Tamworths gained breed recognition in England and in 1885 the herd book was established. Tamworths subsequently imported into the US by a Thomas Bennett of Rossville, Illinois, c. 1882 and shortly after they also entered Canada, where a population still exists. Breed associations for the Tamworth are active in the UK, USA, and Canada; from 1913 to mid century the breed reached peak numbers in Canada, reaching up to 10% of the total swine population. In Australia the breed reached peak numbers of about 1,000 in the mid-20th century.

There are still differing theories as to how the breed originally developed with some talk that the breed originated in Sir Robert Peel’s Drayton Manor Estate at Tamworth, Staffordshire, after the existing herd was interbred from 1812 with pigs from Ireland known as “Irish Grazers”, that Peel had seen in Ireland in 1809.[3]

The Tamworth originated in Ireland where they were called “The Irish Grazer”. About the year 1812 it is said that Sir Robert Peel, being impressed with the characteristics of them, imported some of them and started to breed them on his estate at Tamworth, England. They have been bred quite extensively ever since they were imported into that country.

and one other highlighting possible cross-breeding after the import of some red pigs from Barbados around 1750 (see “A History Of British Livestock Husbandry, 1700-1900″[¹]) possibly explaining their distinctive red-gold hair as is highlighted so clearly in the photo above. Indian red pigs (breed unknown) were also known to have been kept by Tamworth’s Sir Franic Lawley. It’s pretty clear that this red colouration, distinctively marking them out from some of the other “common” breeds is likely one that their owners would have taken steps to preserve & highlight. 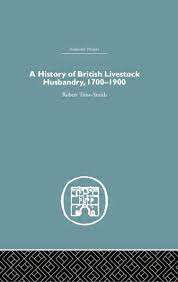 The breed was further developed and improved in Staffordshire and also in the counties of Warwickshire, Leicestershire, and Northamptonshire, although never becoming quite as popular as the other breeds. During the early part of the last century the imports were predominantly from Canada, one famous one being ‘Dollar Bobbie’ whose progeny resulted in the Rose line (no relation to the modern day Golden Rose).

Only 17 boars survived in the mid ’70’s, following a long decline in numbers, although more recently, the breed has been strengthened in both numbers and quality by Australian imports which were favoured over the darker red of the Canadian variants. In 1976 several boars were imported from the Royal Standard, Golden Ranger and Glen lines and in the late 1990’s both boars and gilts were brought over. On this occasion the boars were incorporated into all the female lines and a further female line, ‘Rita’, was established.

It’s a breed that’s been called “aristocratic” and like them, the breed is classed as “at risk” by the Rare Breeds Survival Trust. The latest British Pig Association survey (2013) showed a total of 407 registered sows. Known current populations (measured by breeding females) are: USA (c. 1000); Canada (254); Australia (55) and New Zealand (20).

It’s worth noting that in the mid 90’s, the Tamworth came top in a blind-taste test experiment, carried out by Bristol University, using the normal commercial variant and rare breed pigs. It’s a favourite now in a number of restaurants, not least Raymond Blanc’s “Le Manoir Aux Quat’Saisons“. Their meat, like that of most of the surviving rare breeds (and thus, a very good reason for breeding and eating them), is strongly flavoured, almost gamey. Bland and tasteless it certainly ain’t.

They’re also noted as being one of the longest snouted of pigs. If you’re thinking of buying a couple and are also an organic gardener, small-holder or have a piece of rough overgrown land that needs clearing, then you’re onto a winner. A Tamworth or two will earn their keep as either professional Rotavators or as roots, brambles and bracken clearance operatives.

The breed does well in more northerly settings such as Scotland and Canada, where winters are severe and graze compatibly with cattle, being able to retrieve forage that the cattle leave behind in the open pasture. That said, they can be protective of their territories, thus becoming somewhat aggressive towards other livestock in the same pasture.

The sows demonstrate good maternal skills (I know, they all do!), being consistent in suckling all litter mates, with litters normally ranging in size from 6 to 10 piglets. The Tamworth pig can be taken for slaughter at around 25–30 weeks.

And finally, what of the Tamworth Two?

A pair of pigs that escaped while being unloaded from a lorry at an abattoir in Malmesbury, Wiltshire in January 1998. The pigs (later named Butch and Sundance after Butch Cassidy and the Sundance Kid) were on the run for more than a week, and the search for them caused a huge media sensation, as well as immense public interest, both in Britain and abroad.

There’s even a film about them, sub-titled “It’s their story and they’re not telling porkies“. They lived out their lives (after being saved from the slaughterhouse by a newspaper publicity campaign) at the Rare Breeds Centre, an animal sanctuary near Ashford in Kent. Butch died, aged 13, in October 2010, euthanised after becoming seriously ill. Seven months later, Sundance, aged 14, suffering from arthritis, and “much quieter” after his sister’s death, was likewise euthanised on 23 May 2011[²].

COAT Golden-red, abundant, straight and fine. As free from black hairs as possible.
HEAD Not too long, face slightly dished, wide between the ears, jowl light.
EARS Rather large with a fine fringe, carried rigid and slightly inclined.
NECK Light, medium length, proportionally and evenly set on shoulders.
CHEST Well-sprung and not too deep.
SHOULDERS Light, free from coarseness and in alignment with forelegs below and with wide side as seen from in front
LEGS Strong and shapely, with good quality bone and set well outside the body. Pasterns short and springy. Pig stands well up on toes.
BACK Long and deep.
SIDES Long and of medium depth.
LOIN Strong and broad.
TAIL Set high and well tasselled
BELLY Straight underline with at least 12 sound, evenly-spaced and well-placed teats, starting well forward.
FLANK Full and well let-down.
HAMS Well-developed with plenty of width and giving a firm appearance.
SKIN Pink and free from coarseness, wrinkles and black spots
WALKING ACTION Firm and free.

OBJECTION Black hairs growing from black spots.
n.b. When exhibiting Tamworths, oil or any other enhancement should not be used.

[²] “The Tamworth Two” on Wikipedia