I bloody love lardo; the way it melts onto your tongue almost before you put it into your mouth, the fat hit and flavours as it slips down the throat. I must order me some, soon. I’d written a little bit about it in this post back in 2017. Today, I came across this picture of lardo di Arnad being stored in a chestnut-wood box. It’s a thing of deep & wondrous beauty… 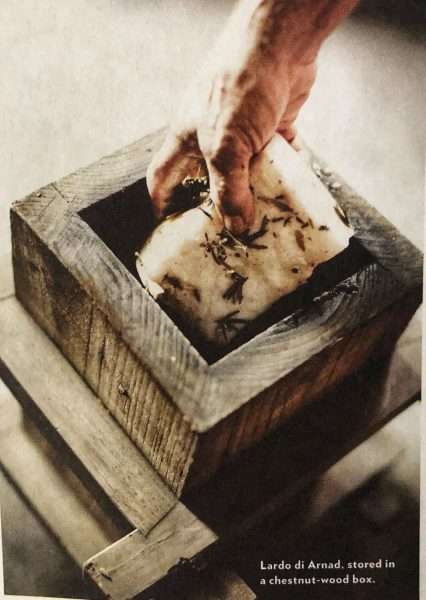 It’s simply made, from pork belly fat (read that again, PORK. BELLY. FAT) cured in rock-salt, rosemary, coriander seeds and black pepper for a period of  around 6 months. Then served, equally simply as paper-thin slices on unsalted rye bread. An Italian man called Bonin, from the Aosta Valley slaughters just 3 pigs a year to make only around 30kg of this delight, which apparently has a delicate aroma of tannins from the wood. The boxes he hand makes during the long, cold, snowy, winter months, in his agriturismo, high up close to the Alps.

I wouldn’t mind this in my larder. If I had a larder. More on larders here.

That’s it for today, folks, just a quick teaser on the tongue.

The author, activist Michael Pollan (who I’ve flagged herein more than once, as I consider him a really hugely important writer about food and the politics of food) has said:

“Cheap food is always popular among political leaders because expensive food leads to revolution … keeping food cheap is appealing to powerful interests in society. This will not change until the true costs of that cheap food are accounted for, like healthcare, diet-related diseases & environmental costs. The falling price of food is the reason Americans have tolerated falling wages since the 1970s”

He flagged The Little Donkey Farm outside Beijing to my attention when talking in Fool Magazine #2 about the way food production in China is changing, as it competes hard with the West and as its rising middle-class tastes aspire to eating and living the same way. 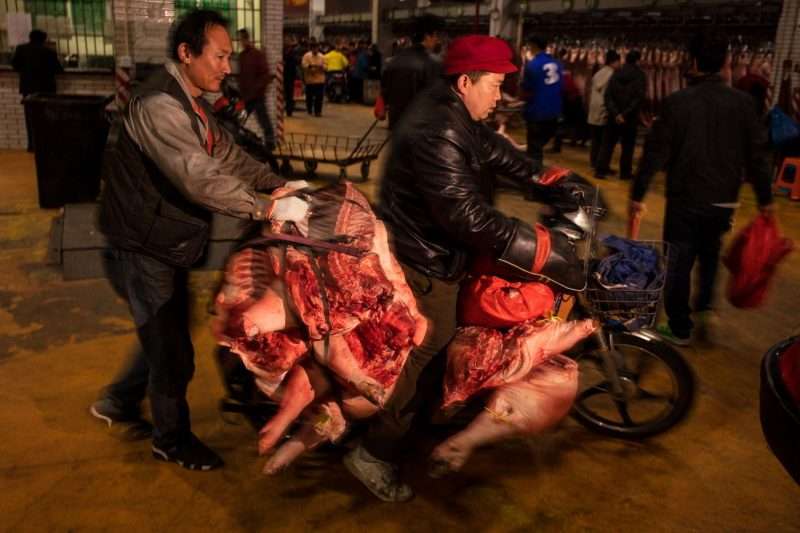 China continues to grapple with a daunting problem: how can they feed nearly one-fifth of the world’s population with less than one-tenth of its farmland, all the while encompassing these changing tastes. Thirty years ago, only around ¼ of the population were urbananites; now over 60 percent of the population live in the cities, in a China that is wealthier and more technologically advanced, with a diet that increasingly resembles that of the West. Where they now eat nearly three times as much meat as in 1990. Consumption of milk and dairy quadrupled from 1995 to 2010 among urban residents and nearly sextupled among rural ones. And China now buys far more processed foods, increasing by about two-thirds in less than a decade, from 2008 to 2016.

China does now have some of the largest, most automated and industrialised farms in the world, dwarfing those seen (& rightly vilified for their terrible treatment of the animals) in places like the US and yet they have a major problem with the way that their farms are setup. They’ve a farming tradition stretching over the 334 million acres of arable land, one that’s existed for four millennia. They have over 1.4 billion people to feed, but these giant farms that fuel Western diets are far harder to replicate here. Partly, because much of the terrain is desert or mountains but also, importantly, because the farmland is split amongst around 200 million farmers. China’s agricultural landscape looks less like a monoculture blanket of green than a patchwork quilt. One that they’re finding hard to unravel…

And this leads us directly to this farm. It’s one of many efforts being tried in attempt to square this apparently insoluble triangle.  It’s the first Chinese Community Supported Agriculture (CSA) farm where four hundred families pay an annual membership fee and get — in exchange — a weekly share of the fresh harvest. Another 260-odd families also rent small plots of land, for their own garden.

This PDF has more background and is worth your while taking a few minutes to read it.


They have pigs there. Not in a huge indoor factory, but outside — under cover, in pens — wallowing and digging around in very deep bedding made of rice bran & straw which is, crucially, inoculated with various fermented liquid bacteria. This means that their waste is broken down incredibly quickly — which means no smells — and with no need to turn it as the pigs do that themselves. Every couple of years the bedding is swapped out and used as fertiliser on the fields.

Rice bran is a whole fascinating new subject which I’m reading avidly about; more words on that here soon. Starting with nukazuke or fermented vegetables. Chef Tom Hunt has an explainer piece here. 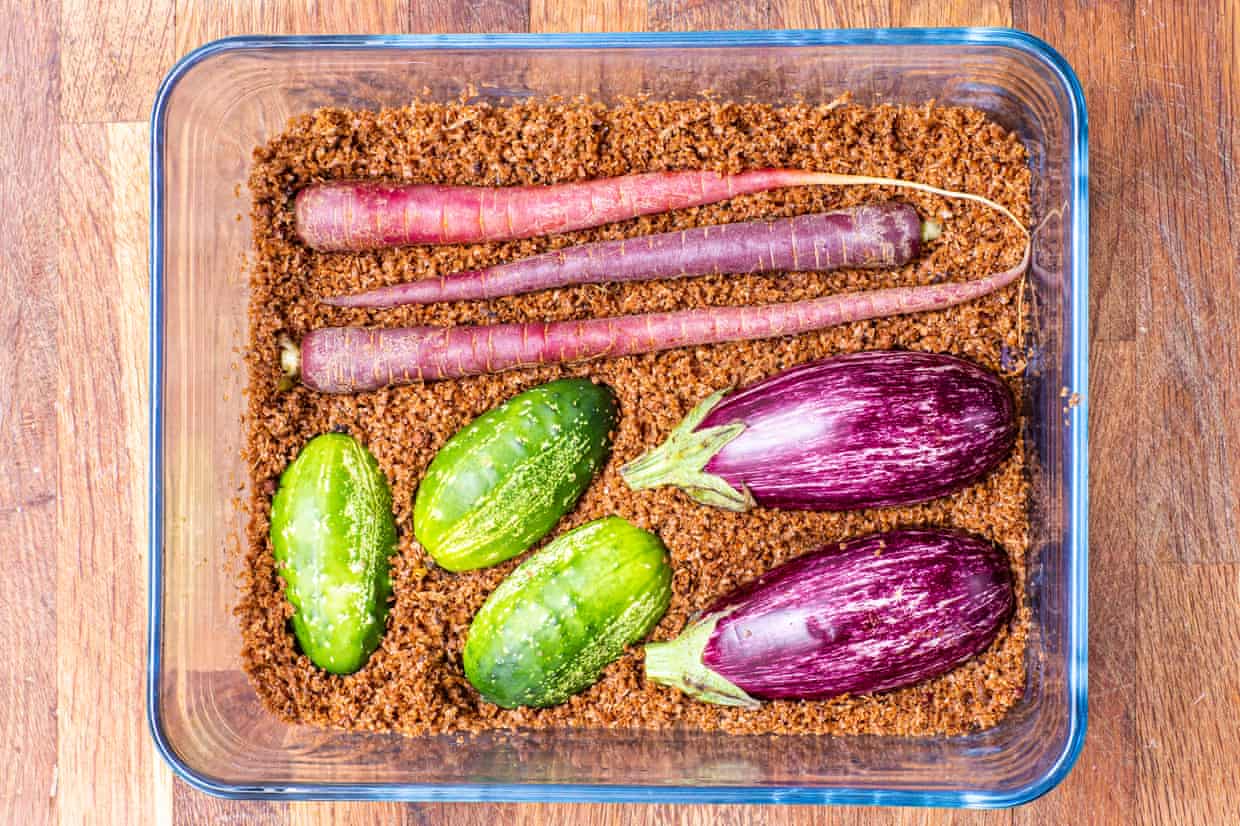 And the piece title? A donkey called “Professor” became their mascot; they’d intended using it to help cultivate the land — rather than using tractors — but, at least at the beginning, realised they had no one with any experience of harnessing a donkey to a plough, so it spent most of its time grazing. And fertilising.

Today I learned that Tom Waits named his heirloom tomato seeds after his influences. And then created a piece of art with them… 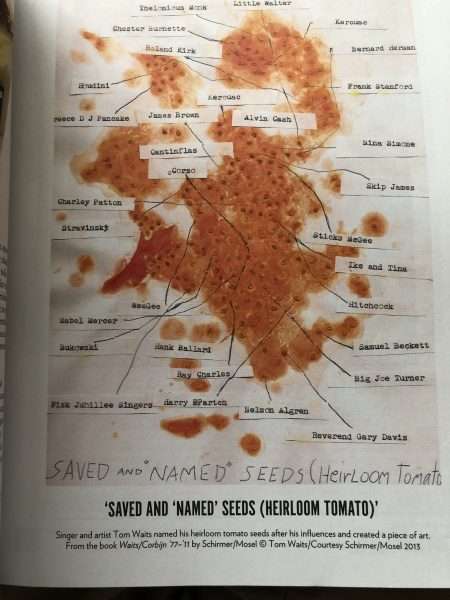 This comes from the book “Waits/Corbijn ’77-’11: Photographs by Anton Corbijn. Curiosities by Tom Waits.”  I need this book. 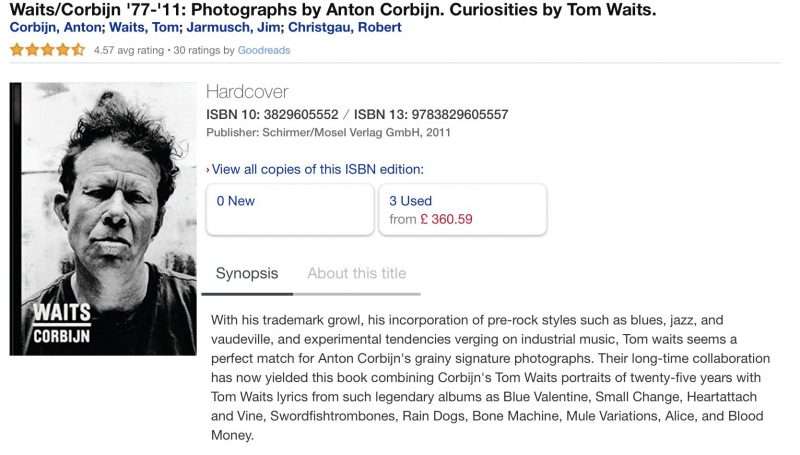 Chefs Connie Desousa and John Jackson of Charcut Roast House created this one when they first opened their restaurant in Calgary, a little unsure about the reception for “pigs’ heads” in what was a “steak-and-potatoes” town, but it seemed to work. 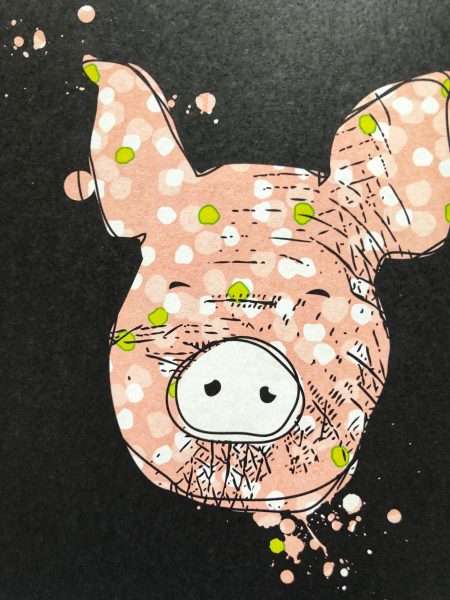 The face, excised from the head and then sewn up, makes a perfect vessel for holding the delicate emulsified meat, filled with pistachio and truffle mortadella mix and then roasted gently for approx. 9 hours. It’s then sliced, using their classic Italian hand-turned, red Berkel, into paper-thin pink sheets, studded with green pistachios. They serve them, fluffed and piled onto a wooden paddle, alongside a bowl of the locally named “prairie caviar” or grain brassica mustard.

Only one dip onto the secret sauce; that’s the secret. Plus, it stops me catching anything from you if I follow on…

I think I’ve mentioned how much I want to eat Matt Abergel’s food in Hong Kong. His wizardry with the chicken has to be worth a trip there just for that alone I think. Equally, I’m not sure when that sort of overseas travel will ever happen now, but his book is definitely something you should order. 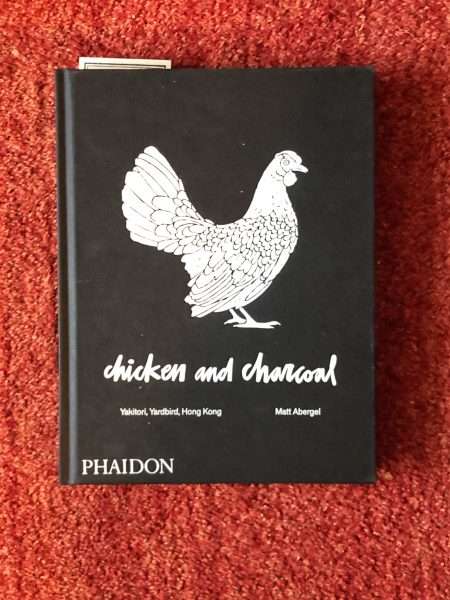 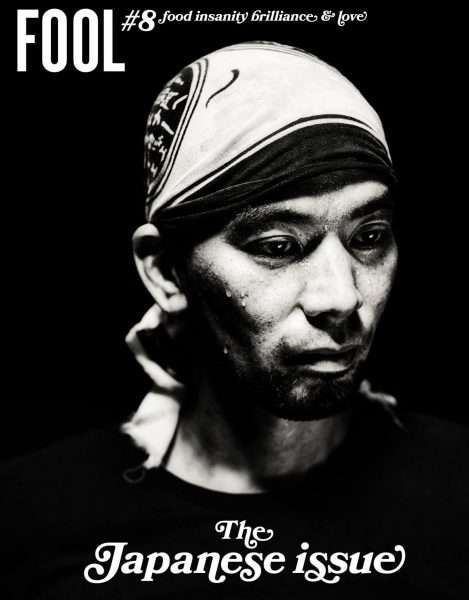 …where they described pork horumon from Chikara, in Osaka. It’s a dish usually made of beef offal but here, they use all the great pieces from the pig. And they remind you that dipping the skewered pieces into the sauce is expected. But only once. Are you an animal? No, no you’re not. So, just one dip. 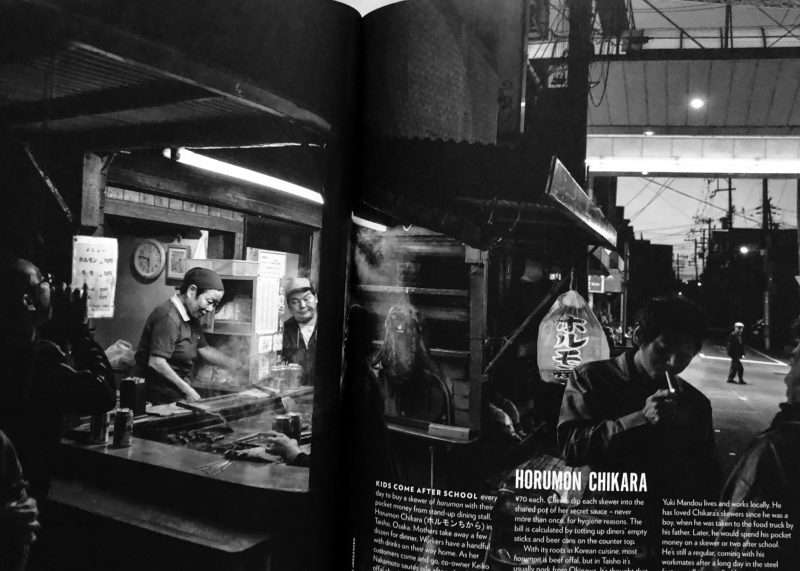 and I then found this video which sealed the deal for me.