Pigs; from the beginning of time

We begin between 600,000 and 1.2 million years ago in Spain. At a small place, Sierra de Atapeurca, midway between Madrid and Bilbao. Here, these first inhabitants of the Iberian peninsular called Homo antecessor (“ancestor”) set up home having migrated from Africa, although quite how they managed to accomplish this with no land bridge between these two huge land masses remains a bit of a mystery…

And there having settled down, they bred, domesticated and ate pigs. See how smart these ‘primitive” people were? 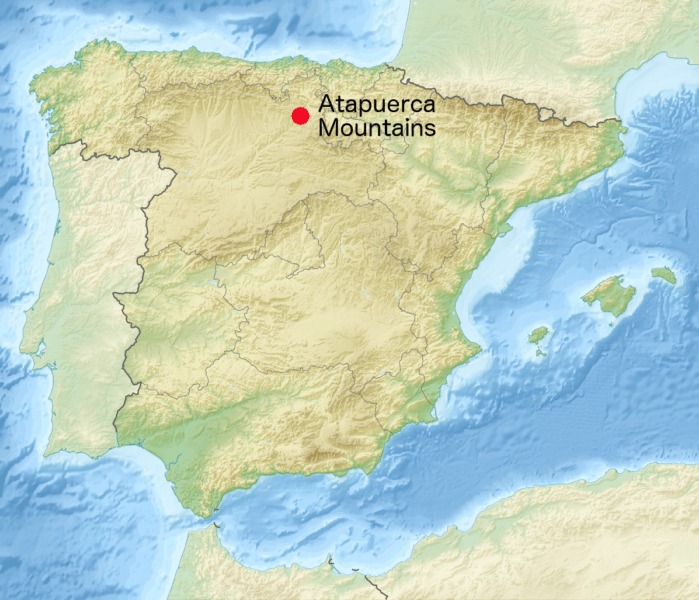 Now read on for

a (short) History of Pigs in Britain

The entirety of the scholarly research work in this section of the site is copyright of and credited to Brian Codling of Rectory Reserve Mangalitza fame, The Old Rectory, Fulletby, Horncastle, Lincolnshire LN9 6JX whose generous permission to re-publish and use here is gratefully acknowledged.

10,000 years ago Northern Europe was in the grip of an Ice Age. Britain and the Continent were connected. When the ice receded, the rivers that today are called the Thames and the Seine ran into a wide, fresh-waterway that ran through the modern Straits of Dover. Gradually the ice receded and hunter/gatherer nomadic humans followed wild animals across the watercourses into the south of the country, retreating as cold periods set in but returning when the weather allowed and food plentiful. The wild pig in the UK dates from this period some 5 – 6,000 years from the present day.

Prior to this time the North Sea flooded, probably due to seismic disturbance, and Britain became an island. Immigrants and traders, visited and settled because of minerals (tin from Cornwall was particularly in demand) and plentiful supply of food and unoccupied land. The forest canopy spread from one side of the country to the other with little interruption. Under these conditions the pig thrived, with no natural enemies except man.

Meanwhile, around 9,000 years ago, the Persians and, on their own initiative, the Chinese managed to domesticate swine, along with cattle, sheep and goats, making the food supply more predictable and encouraging families to graze their animals in one place for a time before moving on to pastures new. Whilst most of the domesticated livestock were exploited by nomadic people, swine are more indicative of a settled farming community as they are difficult to herd and move over long distances.

At the same time, the Egyptians had been demonstrating the benefit of farming corn in the Nile delta, increasing the quality and quantity of the crop and allowing it to be stored to even out supply between good and bad years. Traders spread news of these developments in the Middle East, Northwards through the Mediterranean.  Hence, European Neolithic farmers learnt that they could domesticate the local Wild boar. The majority of the pig breeds we now know are descended from the Eurasian Wild Boar – ‘sus scrofa’. They also imported some Near Eastern pigs for improving the stock. Samples of DNA from these have been found in, for example, the Paris basin dating as early as the 4th millennium B.C.[1] The French Celts bred herds of pigs and supplied pork delicacies to the Mediterranean. It would be surprising if similar animals were not brought across to England for cross breeding, to a greater or lesser extent, with some of the local swine. Iron Age, Celtic tribes of various sizes first appeared in the Low Countries, France and Britain in the 6th century B.C. They pursued a settled farming community on the light upland soils and utilized rotation of their crops.[2] The Celts occupied round houses and built straw styes with thatched roofs as shelters for their pigs.

By 100 B.C., the Belgae in Gaul had developed an Iron plough for heavier soils allowing new farms to be created in the valleys. In the South and West of England trade with the Continent was straightforward and the well draining uplands and the coastal plains provided relatively easy soil for cultivation. However, every decade or so it was necessary to move on to allow the soil to regenerate, albeit this could take place within a small region without disturbing the raising of herds of sheep, cattle and, in particular, pigs[3]. On the other hand, such movement led to territorial disputes between family groups or the tribes. These broke out sporadically until the Romans occupied the country in the time of Emperor Claudius in 43 A.D. Julius Caesar had invaded Kent a century earlier in 55 B.C. as the Britiash Celts were aiding their brethren in Gaul. Tackling the tribes in the South east of the island thus made sense to secure Gaul for the Romans. Contacts grew over the next 100 years and trade flourished with the Mediterranean and Rome. At this time the leadership of several tribes became hereditary rather than based on strength of arms. Several contenders for leadership fled to Rome to appeal for help. When Caratacus of the Catavellauni invaded the land of the Atrbates (Sussex and Hampshire), the dispossessed leader, Verica asked Emperor Claudius to help and the latter was happy to respond. In the summer of 43 A.D., 40,000 Roman troops occupied Britain from Wales in the west to York in the north.  England was then under Roman control for some 400 years until overcome by the Germanic Saxons around 450 A.D.

Pork was one of the favourite meats of the Romans and they spent considerable effort on improving the art of pig rearing. During their Empire, such well bred ‘specimen’ pigs for feasts were often kept in the Roman Villas and Forts[4]. In Britain, the Roman Peace and Law persuaded the tribes to settle in one location. This further encouraged farming and the building of towns and villages which along the East Coast, and particularly in Lincolnshire, were penetrated by increasing numbers of Saxon immigrant peasantry from the Low Countries and Denmark . Around these, the Anglo-Saxon Britons grazed their feral beasts in the forest, usually under the control of a young swineherd. The animals were encouraged to stay in one locality by a good supply of food, such as acorns or corn, beech mast and fresh water. This right of Pannage continues to the present day in, for example, the New Forest in Hampshire. Such semi–wild animals around the peaceful, un-Romanised villages were quite distinct from the pampered, swine in the Villas.[5]

By 13th Century the English wild pig was confined to the Vale of Pickering in Yorkshire and the Forest of Dean where they were ‘controlled’ by the Kings Hunters. The last ‘Fee’ wild pig was killed around 1260 A.D. although herds in the above locations existed after this time in semi – captivity.[6]

Some time prior to 1812 Yorkshire and Lincolnshire pigs were exported to the USA and some were farmed as herds in Jefferson County, New York State. These were intermingled with another cross bred herd for some years previous to 1815 and then before 1818 were mated with a prize Bedfordshire / Cumberland boar imported from England by Capt. James Jefferies. From these matings was derived the Chester White breed which is now popular throughout the United States as one of the four leading breeds of lard – hogs.