Not in this particular household; any attempts to write or do pretty much anything that involves a holding onto a train of thought lasting more than, oh, say, a pico-second, is doomed at the moment. I’m sure there are lots of you out there who are able to produce that long dreamt of masterpiece but it sure as shit isn’t happening here.

So, instead, I’m helping this crowd-sourced (“Rainfall Rescue“) project to re-key and record manual records of rainfall across the country for the last 200 years. It doesn’t involve much thought, but it’s soothing. If you’re also suffering during this crisis, you could do worse than choose this (or other) projects… 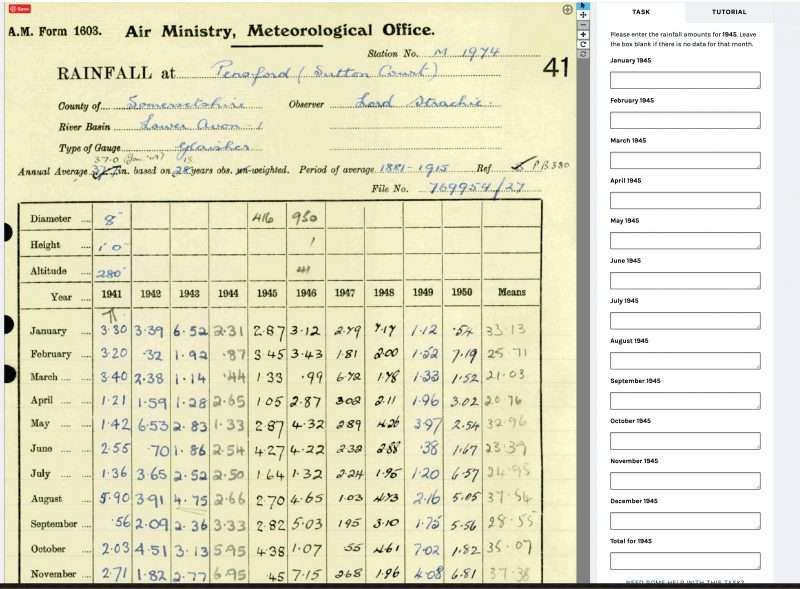