In Frank Herbert’s ground-breaking (& one of my favourite book series of all time) science fiction novels, “Dune”, which came out — count ’em — 54 years ago, “melange” or just “the spice” was described as smelling strongly of the bitterness of cinnamon. It’s also known as the most precious substance in the inhabited universe:

“…a drug that gives the user a longer life span, greater vitality, and heightened awareness; it can also unlock prescience in some humans, depending upon the dosage and the consumer’s physiology. This prescience-enhancing property makes safe and accurate interstellar travel possible.”

Whilst the hundreds & hundreds of varieties used here on Earth don’t lay claim to that level of efficacy, the 2.5million tonnes of spices produced annually (with India making up 75% of that figure) show just how valued this group of food-items is, by us humans. If spice isn’t quite as esssential to life, as the Fremen would have it, spices nevertheless make life and ones diet far, far, FAR, more enjoyable.

At the bottom of this piece is a beautiful graphic, produced by the Bart spice company. In a format familiar to everyone from their schooldays, they’re laid out like the periodic table. For those of us (read: me) without a reliable memory, it’s a great aide-memoire into how to mix ‘n match different spices from the same ‘family’ of flavour. Try substituting spices from the same column e.g. long pepper in place of ‘simple’ black pepper. The hints of cinnamon & cardamon that it gives, really change (for the better!) the profile of many plates of food.

Even my beloved pork can benefit from the addition of spices. Think all-spice. or ginger. Or paprika. Or, actually, on reflection, think pretty much any spice (or herb). It’ll take them all to wonderful effect. And on that note, this seems to be a good time as any to remind you all about the forthcoming book. Read all about it here and place your orders!

And, finally, I can’t recommend highly enough, the Netflix series “Flavorful Origins”, taking a look at the ingredients and, more importantly, the preparation and cooking techniques, used in and around a Chinese city called Chaoshan. But don’t just listen to me, take the word of the very wonderful Fuschia Dunlop, who said 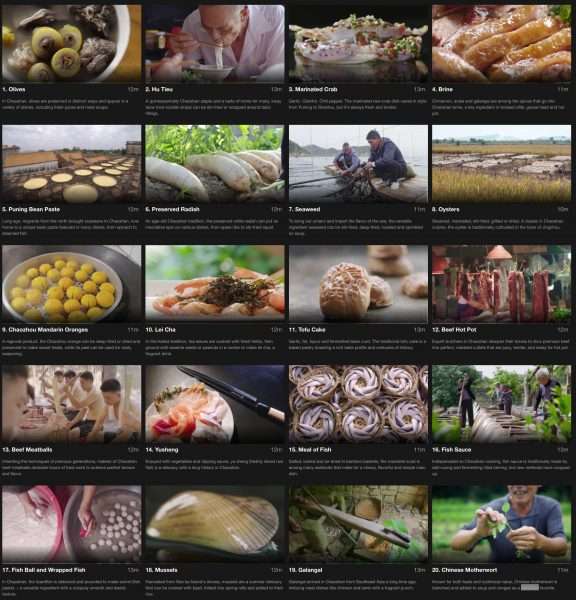