The sausage that ate YOU…

..sub-titled “A Tale Of The Hungry, Hungarian Haggis”.

In Hungary, their sensible frugal use of offal results in a food item called a “kis gömböc”; a pig’s bladder (or intestine) stuffed with the ‘leftovers’ after the pig is killed. And thanks to Capt. Bionic on Twitter, I thus found out about a children’s tale taken from there (from Hungary, not Twitter, for the absence of doubt); one in which a gömböc suddenly comes alive, manages to devour a family and goes on a further rampage through the village until a shepherd cuts it open (presumably, sensibly, then going on to eat the gömböc?). 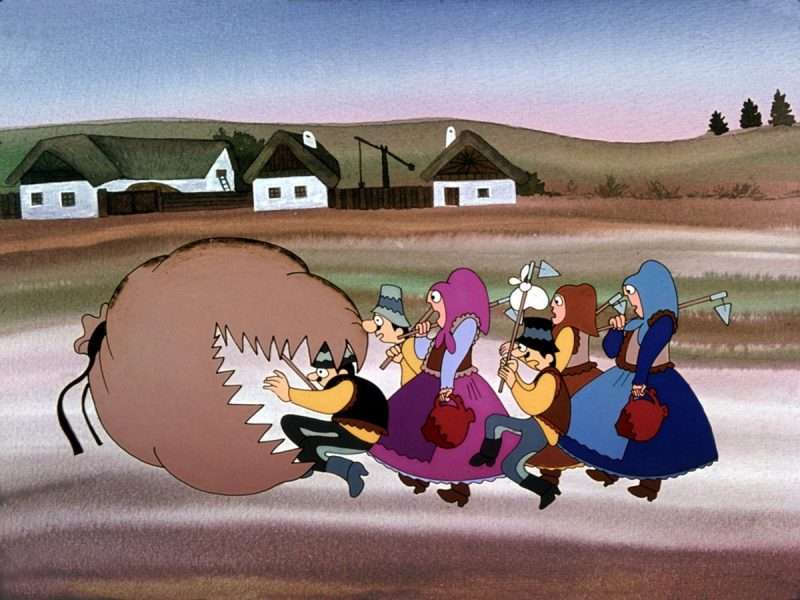 This reminds me of the legend of the ‘wild’ haggis from Scotland that’s been described as an “unbalanced beast, with legs of unequal length enabling it to easily run up the steep Scottish hillsides“. There’s even a mock academic paper on the subject of ultrasounds taken of wild haggi which posits that this allows “haggs” and their “hagglets” to “graze along the steep mountain slopes towards the rising sun and move through the heather.”

Once you’ve read these fairy tales, you could then read about the mathematical problem that was turned into a physical shape, called the Gömböc, which is (to quote from its Wiki article)

And me? I’m sticking with my home-made sausage versions & vowing to steer well clear of Hungary at pig killing time. Just in case…