Well done; you’ve made it through the marathon of the previous posts — so you may be pleased to hear that this is the last one of the “Chris & Val Go Wild On Holiday” set…

One of the other people at the farm dinner mentioned she’d often find herself driving towards Walberswick* and would slow down to see the pigs lining the fields on either side of the road, in large, mainly outdoor living herds, growing and fattening, almost visibly day by day, moving up to larger “arks” as they outgrew their original homes.

There’s a similar feel to that in this picture by Tessa Newcomb, displayed at The White Farm.

Another local breeder, Jimmy Butler, based in Blythburg also gets it 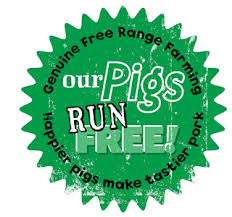 The pigs that produce Blythburgh Free Range Pork are born outside and spend their entire lives outdoors in the fresh air, with freedom to roam in large paddocks, rooting around in our sandy Suffolk soil and playing with their peers.

They have shelter when they need it, in the form of large airy tented barns in each paddock with plenty of bedding straw.  This extra space and activity not only ensures a vastly improved standard of living and welfare, but also results in the pigs growing at a slower rate, for the simple reason that they are burning off more calories than a pig enclosed in a concrete pen for all of it’s life.

By growing at a much slower, more natural rate, Blythburgh Free Range Pork acquires a traditional flavour and succulence that has been largely forgotten in today’s mass produced pork.

* Speaking of Walberswick, this is from an 1880 edition of Punch magazine

“O Walberswick’s a village of very little tillage/ In the northern part of Suffolk, and it’s very picturesque/ And you fly from all the gritty, dirty by-ways of the City/ To forget, in pleasant rambles, dreary duties at the desk.”

where the gentrification that is making it impossible for anyone to buy or rent in London (see rants passim) is causing the same problems here in a village known as Notting Hill By The Sea. Here’s a piece from The Guardian covering this particular béte noir. So, bear in mind that estate agents are right up there in my personal pantheon of hate, ranking just below politicians and banksters. That caveat aside, this poster in an estate agent’s window, advertising “Pigs Gone Wild” in Ipswich caught my eye. 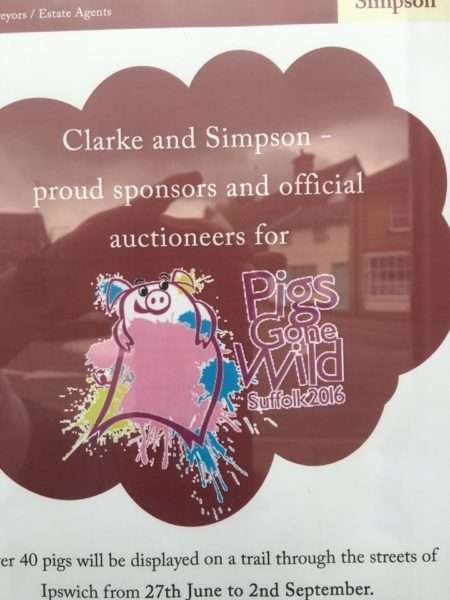 “And finally Cyril? And finally Esther” we’ll finish with the “one more thing” for today, where I give you some pork madness courtesy of the serial killer “Hannibal”.

Hannibal feeds Jack
a meal of thighs for two.
Others wait in rooms beyond.
Boned. Wrapped tight. Frozen.
Meals for another day. 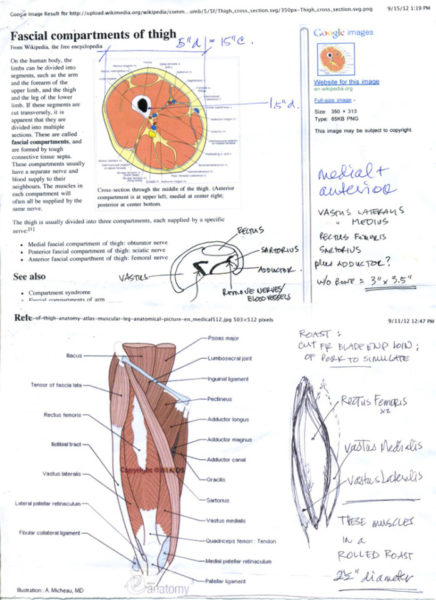